This page will show you all about Jacky, a character in Brawl Stars. Read on to learn Jacky's stats, attacks, gadgets, star powers, skins, best maps, and how to use her!

This page will show you all about Jacky, a character in Brawl Stars. Read on to learn Jacky's stats, attacks, gadgets, star powers, skins, best maps, and how to use her!

Jacky hops on her Jackhammer to shake the ground all around. Enemies caught too close will get a pounding!

Note: This is the stat of Groundbreaker at Power Level 1.

Jacky drills a hole in the ground, pulling in foes to introduce them to her Jackhammer! She partially shields incoming attacks while performing her Super.

Note: This is the stat of Holey Moley at Power Level 1.

How to Use Jacky

Get near to your enemies

Use the walls and bushes in the area to get close to your enemies. Jacky is most effective when she's close to her enemies, as she can support his teammates to kill them by doing it.

Jacky's Normal Attacks can hit opponents behind and is close to the covers. You can keep your enemies in control by staying close to the walls and bushes on their side. 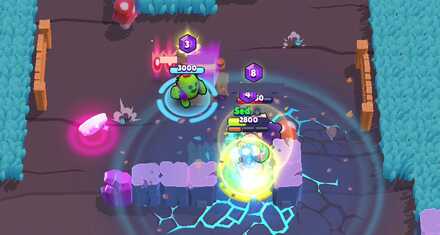 Use Jacky's Super to pull in enemies in range. Her Super is now upgraded and can let her move and attack while its active. It can help your team kill the whole enemy team if you manage to pull in all of them with her Super. 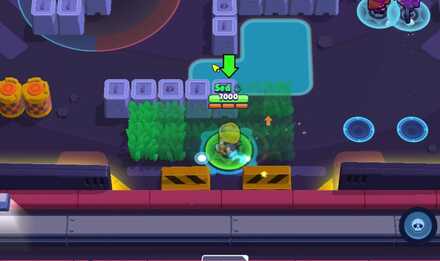 Having the Pneumatic Booster Gadget for Jacky is essential. She needs it to gain a speed boost to get close to her enemies and damage them. It can also be used to escape death if the enemies are looking to kill you. 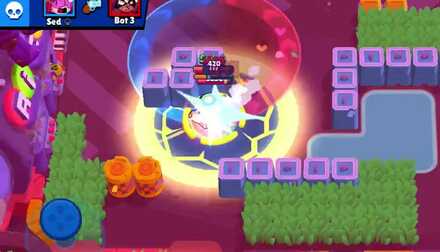 Equipping any of Jacky's Star Power greatly increases her fighting capabilites in battle. Counter Crush Star Power favors players who are always looking for a fight. And the Hardy Hard Hat is good for players who want to cover their teammates in a shoot out.

In order for us to make the best articles possible, share your corrections, opinions, and thoughts about 「Jacky Stats, Skills, and Skins | Brawl Stars」 with us!