This page will show you all about Penny, a character in Brawl Stars. Read on to learn Penny's stats, attacks, gadgets, star powers, skins, best maps, and how to use her!

This page will show you all about Penny, a character in Brawl Stars. Read on to learn Penny's stats, attacks, gadgets, star powers, skins, best maps, and how to use her!

Shoots out a pouch of fool's gold. If the pouch hits an enemy, it burst and coins pepper targets behind the first enemy.

Note: This is the stat of Plunderbuss at Power Level 1.

Penny sets up her cannon! It can shoot at enemies at a long range, even if they are behind cover.

Note: This is the stat of Old Lobber at Power Level 1.

How to Use Penny

Shoot from a distance

Don't get close to enemies, and use Penny's long-range attacks to hit enemies from a distance. Penny will most likely die from a close-range fight, especially against Fighter or Heavyweight Brawlers. 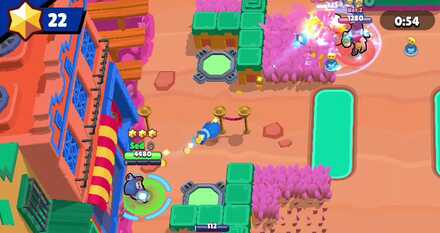 Also, try to hit enemies close to each other for her attack splashes and pierces through them when it hits. It's also a good counter for enemies that has a tank that is protecting their shooters.

Hide Cannon behind a cover 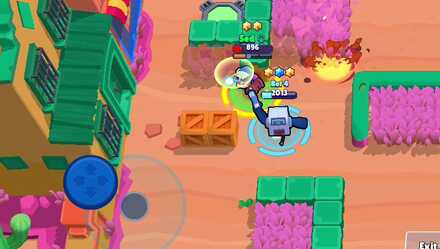 Make sure to hide Penny's cannon behind a cover to prevent it from getting destroyed before it can contribute to a match. Her cannon's attack goes over walls and can hit enemies from afar, so hiding it behind a cover is the best thing to do! 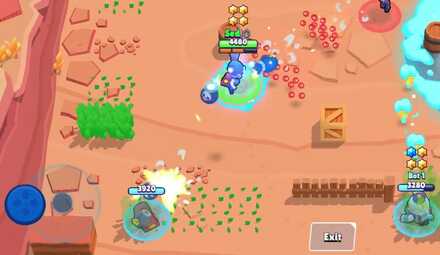 Before you can use Penny's Gadget, you'll have to fully charge her Super and place it anywhere in the area, depending on the Gadget you are using. If you are using the Pocket Detonator Gadget, throw it near your enemies. It detonates it when used, and it deals damage to enemies. But if you are using the Captain's Compass, on the other hand, you should place it behind a cover to keep it safe. 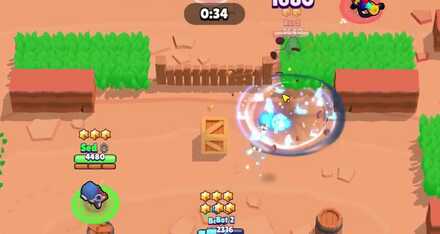 Star Powers are also the same with Gadgets. They require the use of Penny's Super because it is the one who gets the buff and not Penny. Last Blast Star Power is good for sacrificing your Super, which is a good combo for her Pocket Detonator Gadget, while the Balls of Fire is great for controlling areas in the map. Balls of Fire works well with her Captain's Compass Gadget.

In order for us to make the best articles possible, share your corrections, opinions, and thoughts about 「Penny Stats, Skills, and Skins | Brawl Stars」 with us!