This page will show you all about Colette, a character in Brawl Stars. Read on to learn Colette's stats, attacks, gadgets, star powers, skins, best maps, and how to use her!

This page will show you all about Colette, a character in Brawl Stars. Read on to learn Colette's stats, attacks, gadgets, star powers, skins, best maps, and how to use her!

Note: This is the stat of Taxing Shot at Power Level 1.

Colette makes a dash forth and back, dealing taxing damage to everyone in her path, based on their maximum health.

Note: This is the stat of Time to Collect at Power Level 1.

How to Use Colette 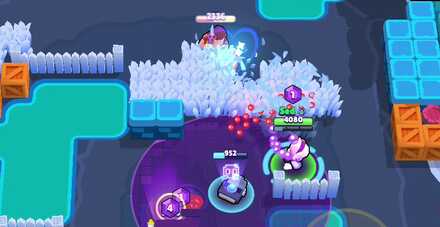 Collete's attacks deal more damage on enemies with higher health, which makes her good at whittling down enemies' health with just a couple of hits. Help your teammates land the finishing blow to enemies by hitting them while they have 100% of their health! 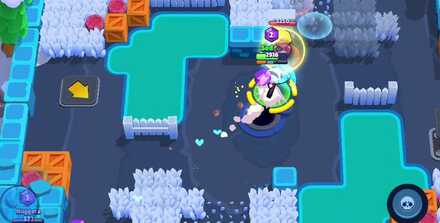 Colette's Super can become a game-changer in a match, depending on how you use it in the battle. You can use it to damage enemies in range or grab things from afar, such as gems, power-up cells, buffs, etc. Just remember that you'll still receive damage while using it, so it is a good idea to use it only when your HP is high! 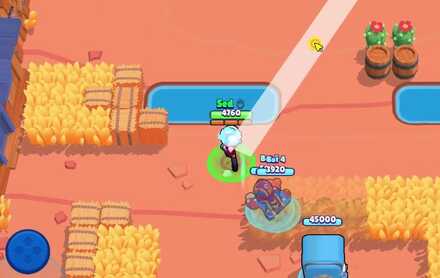 Na-ah! Gadget can help you land the killing blow to low-health enemies. Her next attack deals additional damage when used. The extra damage also works on other Brawlers' placeable Gadget or Super. 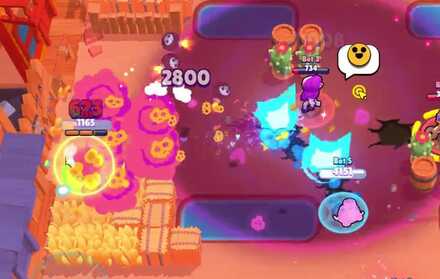 You can stop and interrupt any opponents hit by Colette's Super if his Push It Star Power is being used. Also, it brings them to the farthest point of the charge, giving her some distance between them.

Colette's Mass Tax is a defensive Star Power. It gives a shield that reduces damage taken by 20% and will add an additional 10% for each Brawler hit by his Super. It is good to have when you're pre-building a team with your friends before a match, especially if there is no tank for the team!

In order for us to make the best articles possible, share your corrections, opinions, and thoughts about 「Colette Stats, Skills, and Skins | Brawl Stars」 with us!