This page will show you all about Bull, a character in Brawl Stars. Read on to learn Bull's stats, attacks, gadgets, star powers, skins, best maps, and how to use him!

This page will show you all about Bull, a character in Brawl Stars. Read on to learn Bull's stats, attacks, gadgets, star powers, skins, best maps, and how to use him!

Bull's double-barreled shotgun deals heavy damage. It has very short range, so bull likes to get up close and personal.

Note: This is the stat of Double-Barrel at Power Level 1.

Bull puts his head down and bulldozes through opponents and obstacles. He's always been headstrong!

Note: This is the stat of Bulldozer at Power Level 1.

How to Use Bull

Get close to your enemies 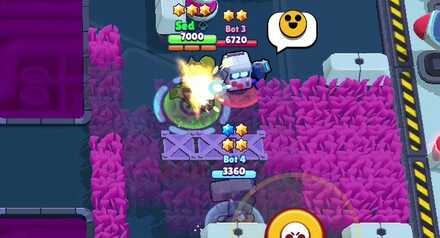 Bull Normal Attacks can instantly kill enemies if you got close to them. Get him on maps with lots of bushes and walls, and make use of his Super, so you can get close to your enemies with ease and kill them. 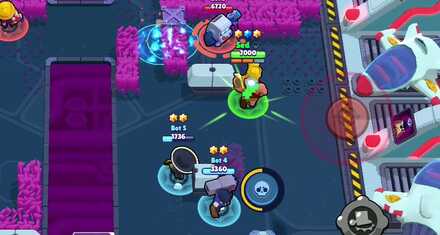 Keep your enemies away from your long-range shooters. Always stay in front to disrupt their positions and prevent them from killing your teammates. Just keep in mind that going in the frontline may kill you, so you should also learn how to retreat if needed! 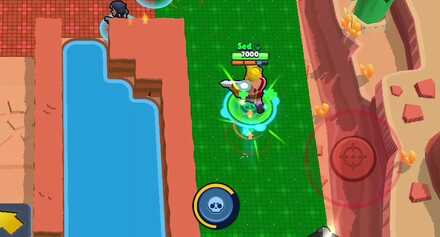 Choose the T-Bone Injector Gadget if you want Bull to survive more in a battle. It also helps him do his role as the team's tank. Bull's Stomper is good for players who want to play aggressively, but it requires the use of his Super before he can use it. It can also help him not go out of the zone in Showdown if used as it stops the charge of his Super. 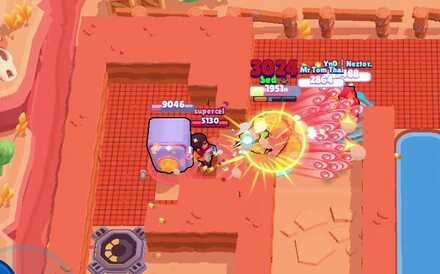 Both Bull's Star Powers require an HP threshold before they activate. His Berserker Star Power matches aggressive players as it doubles the reload speed. The Tough Guy Star Power works well with players who want to survive longer and provide more cover to teammates.

In order for us to make the best articles possible, share your corrections, opinions, and thoughts about 「Bull Stats, Skills, and Skins | Brawl Stars」 with us!