This page will show you all about Edgar, a character in Brawl Stars. Read on to learn Edgar's stats, attacks, gadgets, star powers, skins, best maps, and how to use him!

This page will show you all about Edgar, a character in Brawl Stars. Read on to learn Edgar's stats, attacks, gadgets, star powers, skins, best maps, and how to use him!

Hits enemies with quick punches, healing himself for each landed punch.

Note: This is the stat of Fight Club at Power Level 1.

Edgar jumps over any obstacle and gets a temporary speed boost. His Super will slowly charge over time.

Note: This is the stat of Vault at Power Level 1.

How to Use Edgar

Always check which enemy has the lowest health in the area. Target and get close to that Brawler to kill it and don't get afraid and hesitate to continue attacking, as Edgar can heal himself with each attack that hits. Just make sure to retreat fast when its teammates are coming to the rescue.

However, keep your health in check before going for the kill, as Edgar's HP is not that high, and he can die fast. Hide first to recover health and wait for your enemies to get close or use up their attack charges before going in! 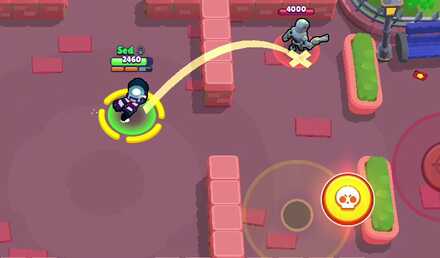 Edgar's Super chrages over time. You can wait for it to charge first before jumping to your enemies. It also charges fast with each attack that hits, so you can use it to escape anytime needed. 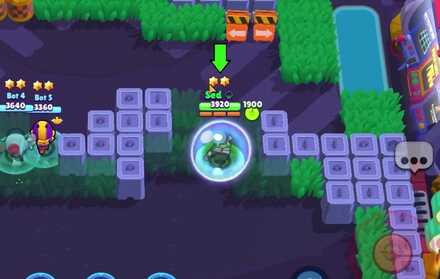 You can get Edgar's Super ready faster if you have his Let's Fly Gadget. It will help you get closer to your enemies early in the game without attacking or waiting for a long time. Just remember that it only has 3 charges, so make full use of it!

Since Edgar's HP is not that high, you might want to consider using his Hardcore Gadget in a match. It gives him a temporary shield that can block a specific amount of damage and decays over time. It works well with his Super as it can help him win the fight or survive it, at least. 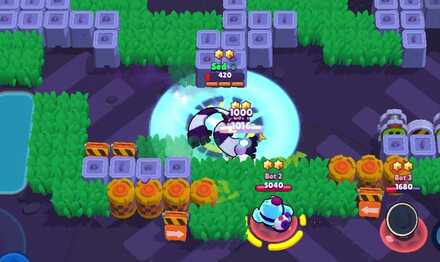 If you have Edgar's Hard Landing Star Power, it is better to use your Super to attack, especially Brawlers with low base HP, rather than escaping. It provides additional damage when landed, and it will help you kill an enemy faster.

However, if you are using his Fisticuffs Star Power, try to fight off Heavyweight Brawlers. This Star Power increases the healing he gets from each attack, making it essential for fighting Brawler with large HP.

In order for us to make the best articles possible, share your corrections, opinions, and thoughts about 「Edgar Stats, Skills, and Skins | Brawl Stars」 with us!