This page will show you all about Byron, a character in Brawl Stars. Read on to learn Byron's stats, attacks, gadgets, star powers, skins, best maps, and how to use him!

This page will show you all about Byron, a character in Brawl Stars. Read on to learn Byron's stats, attacks, gadgets, star powers, skins, best maps, and how to use him!

Note: This is the stat of Careful Dose at Power Level 1.

Throws a vial that heals friendlies and damages opponents.

Note: This is the stat of Full Treatment at Power Level 1.

How to Use Byron 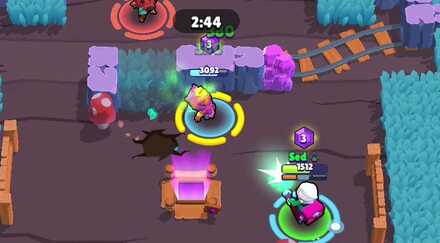 Focus on healing your teammates rather than trying to hit and kill enemies. Consider going on offense against your enemies when your teammates have 80% health or higher. 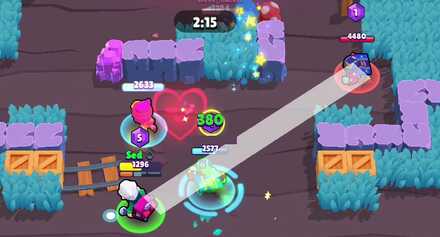 Take advantage of Byron's long-distance attacks. Hit enemies from afar rather than going close to them to avoid getting killed instead. Leave the frontlines to your teammates and just focus on assisting them!

Shot in the Arm Gadget 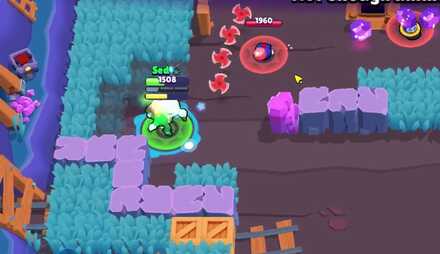 Since Byron can't heal himself with his Normal Attack, his Shot in the Arm Gadget will do the work for him! He will consume one of his attack and heal himself over time if this Gadget is used. It is good for keeping him up in battle. 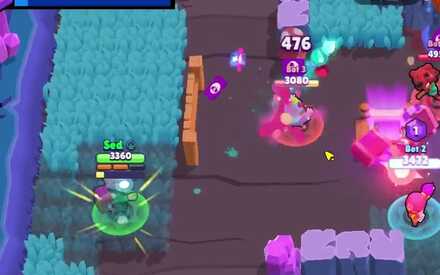 Byron's Star Powers both increase his support prowess in a match. His Malaise will decrease the healing effects of their enemies by 50% if they're hit by his Super for a long time. It is a good Star Power against a team of healers.

His Injection Star Power makes his next Normal Attack pierce through allies and enemies alike. It is the best Star Power you can have if there are tons of close-range fights between team/s, as you can hit more Brawlers if the situation is like that.

In order for us to make the best articles possible, share your corrections, opinions, and thoughts about 「Byron Stats, Skills, and Skins | Brawl Stars」 with us!