This page will show you all about Leon, a character in Brawl Stars. Read on to learn Leon's stats, attacks, gadgets, star powers, skins, best maps, and how to use him!

This page will show you all about Leon, a character in Brawl Stars. Read on to learn Leon's stats, attacks, gadgets, star powers, skins, best maps, and how to use him!

Note: This is the stat of Spinner Blades at Power Level 1.

Leon become insivible for 6 seconds. If he attacks, he will be revealed. Enemies close to leaon will be able to spot him.

Note: This is the stat of Smoke Bomb at Power Level 1.

How to Use Leon

Roam around the map 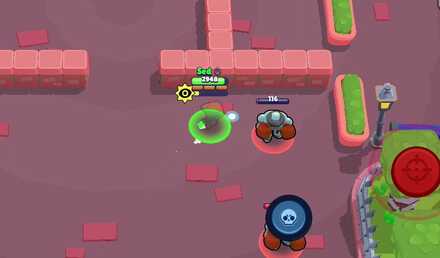 Don't stay in one place only. Leon is most effective when he's roaming around the map and targeting Brawlers with low health or Brawlers that are weak at close-range fights. You can use his Super to get invisible and get around the map without getting attacked. 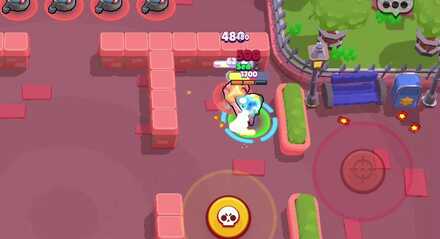 Use Clone Projector to track enemies

Leon's Gadget, Clone Projector, can be used to know the location of your enemies in the area. It will automatically go to the nearest enemy once activated. However, it takes more damage compared to the original, so make use of his clone while it's still alive!

It will be easier to control a part of the map with Leon's Lollipop Drop Gadget. It makes all allies inside of its range become invisible, making it a good camping site for Thrower Brawlers and Sharpshooters in your team. Put it behind a wall to make it harder for your enemies to destroy it.

Leon will receive a speed buff when he uses his Super iwhile his Smoke Trails Star Power is equipped. It will be helpful when chasing down enemies or escaping from them.

Leon will receive healing from his Super if his Inivisiheal is on his inventory. The effects last until his Super wore off or when he attack his enemies. It will be helpful to him when he's about to get killed.

In order for us to make the best articles possible, share your corrections, opinions, and thoughts about 「Leon Stats, Skills, and Skins | Brawl Stars」 with us!