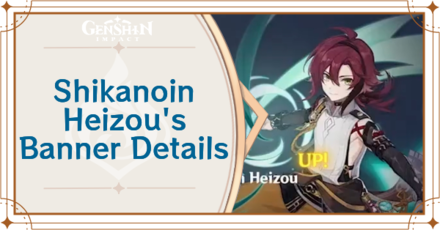 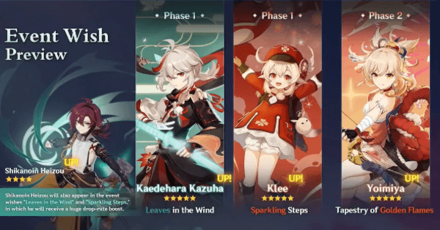 Heizou technically didn't get his "own" banner because he's a 4-Star character, but the 2.8 livestream revealed that he was to be featured in both Klee and Kazuha's banner at the same time in Phase 1.
Update 2.8 Release Date & Patch Notes

Klee and Kazuha are featured on separate banners where Heizou is a rate-up. You can switch between the two banners and get an equal chance of getting Heizou, as the two banners will share the same Pity History.

The other 4-star characters featured on Heizou's banner are Thoma and Ningguang!

In order for us to make the best articles possible, share your corrections, opinions, and thoughts about 「Heizou Banner Released in Phase 1 of Version 2.8 | Genshin Impact」 with us!