The Rules of Triple Triad really spices up the game. It will affect the way you play the game heavily. Some cards become more useful than the others, and playing with the knowledge of these rules can make you win games even without strong cards.

Gameplay rules affect the board game directly. These rules manipulates the way your character rank works and adds more ways to capture cards. 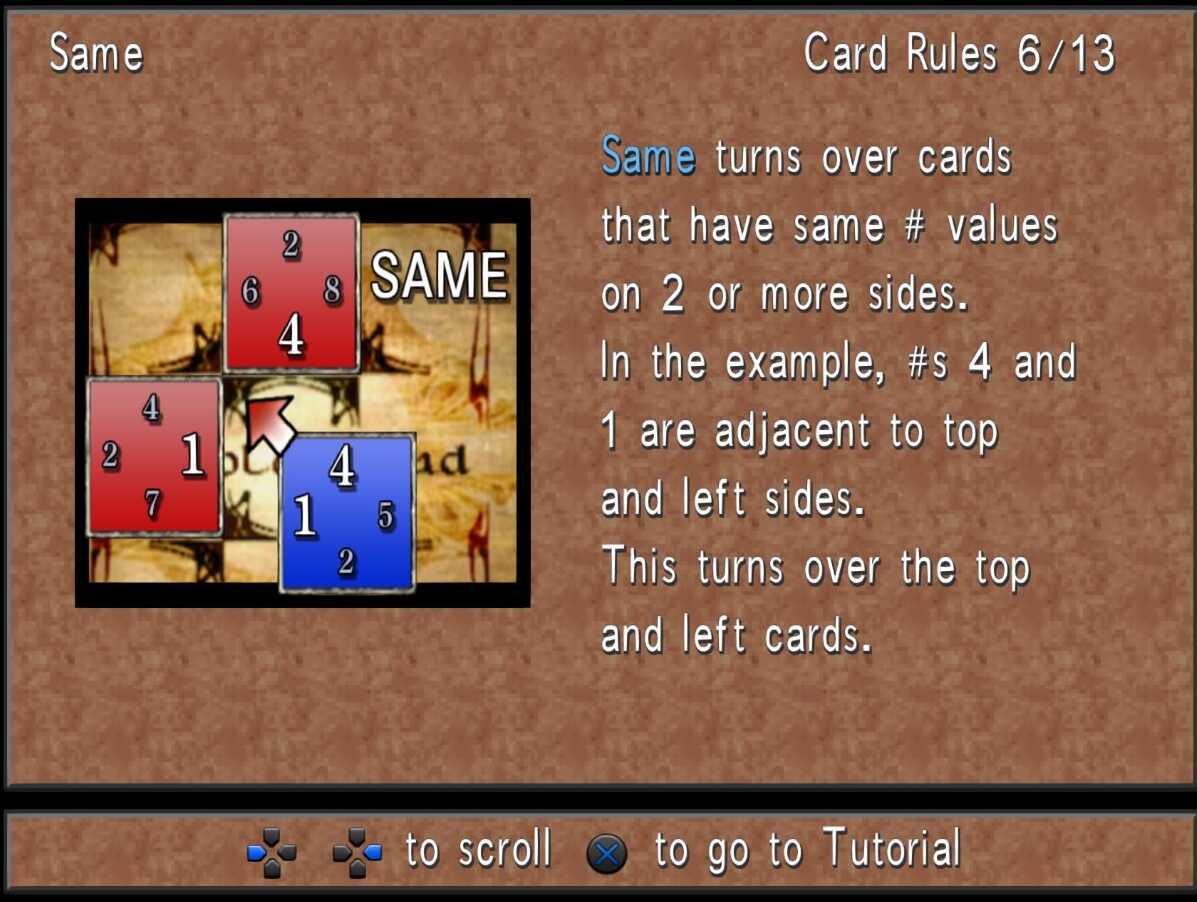 Using the rules of Same allows you to capture cards with high ranks by using the other cards the enemy captured on the board. 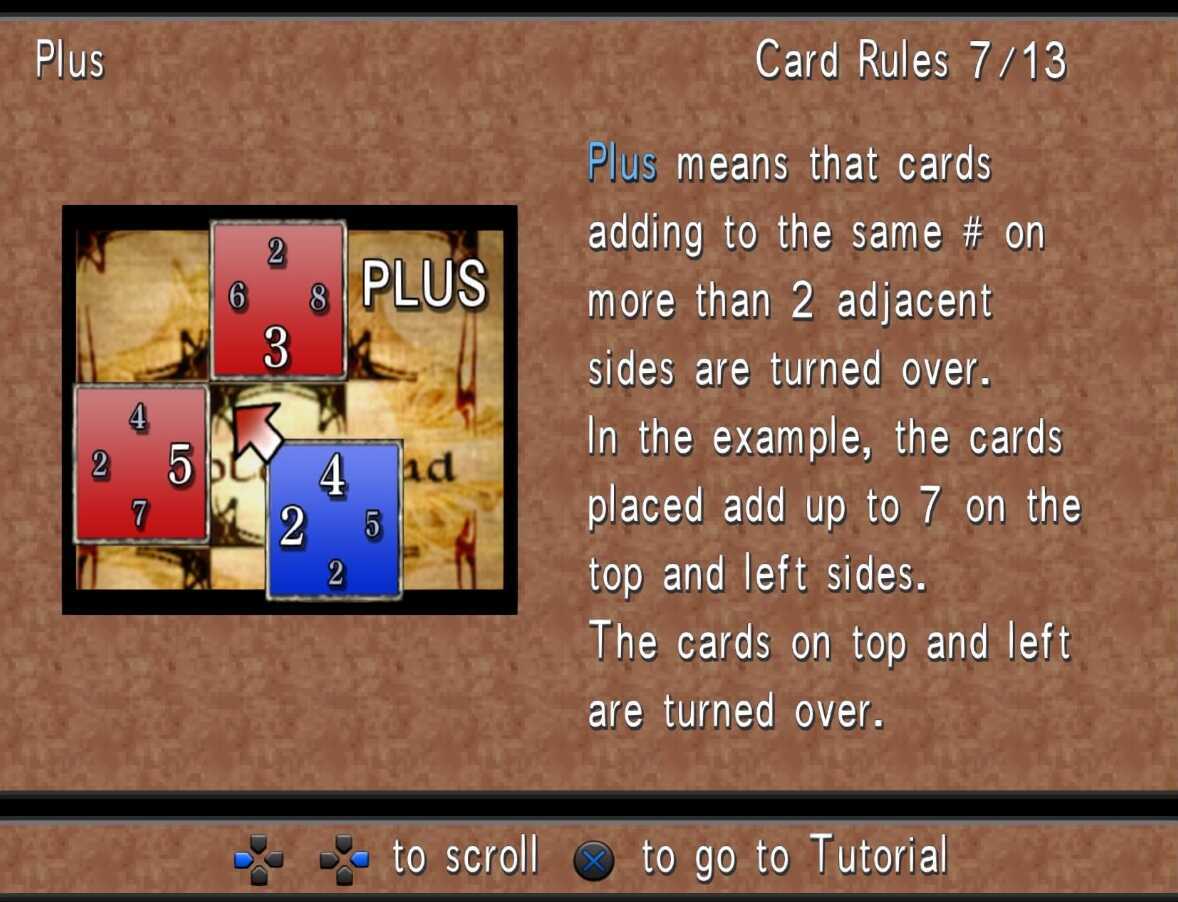 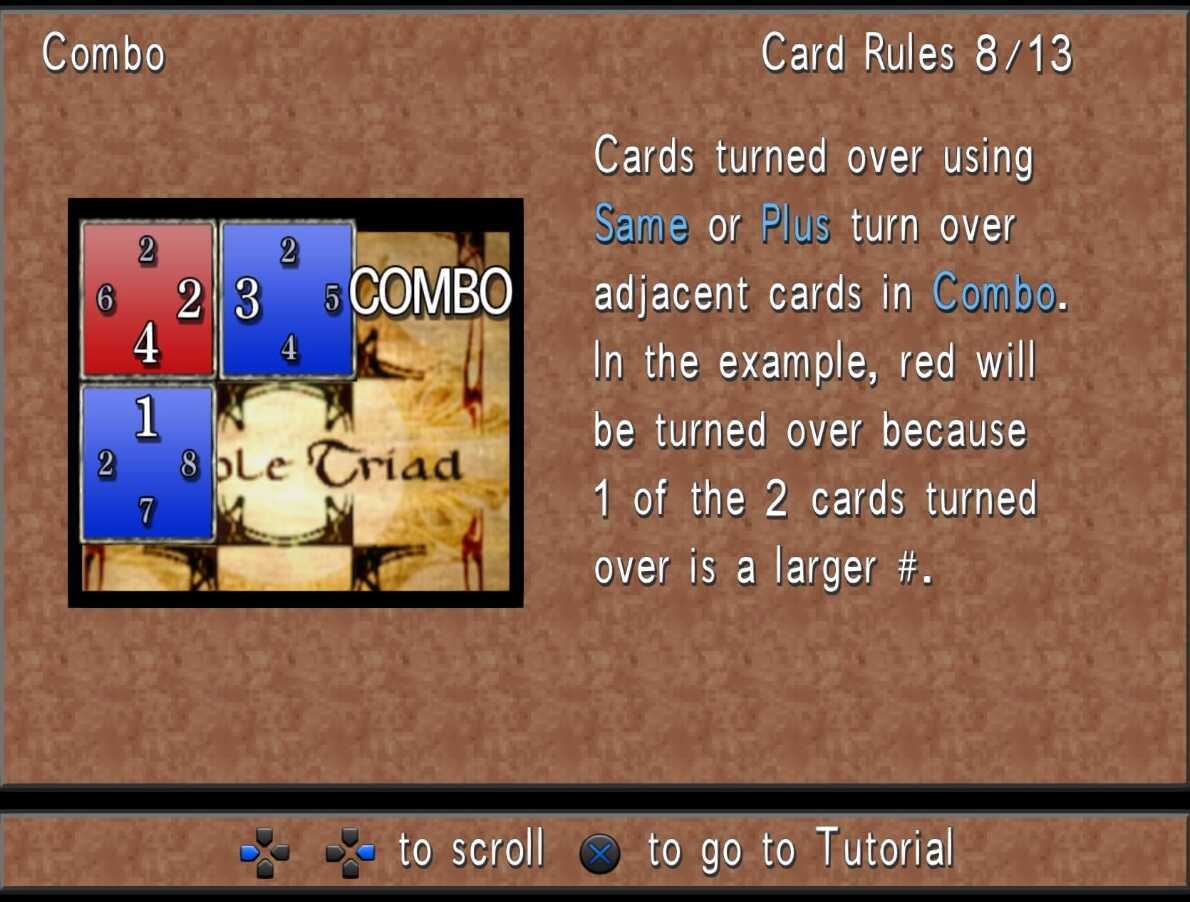 The deadliest rule. One well placed card that triggers a Same or Plus that captures several cards can make or break a game. 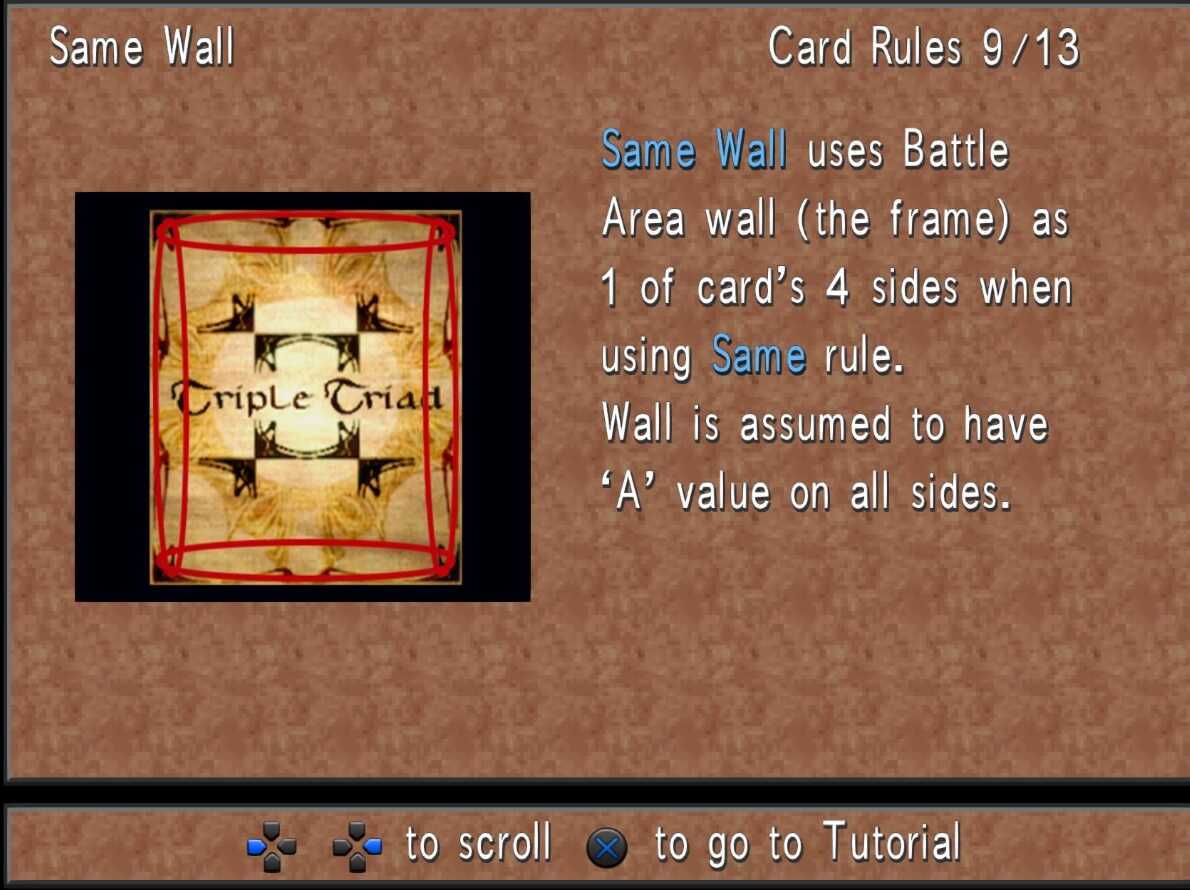 Same Wall allows you to trigger Same and Plus a lot easier. Remember that this goes the same for the enemy. 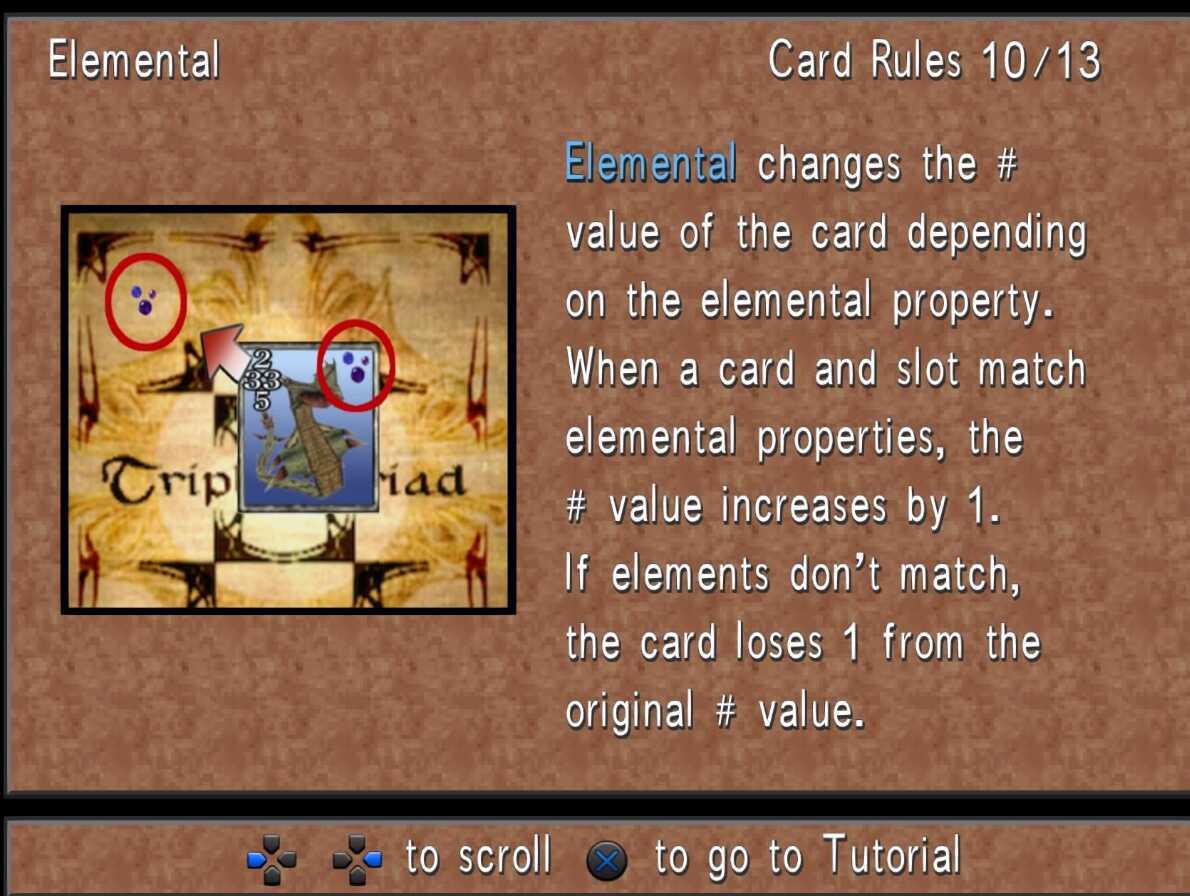 The Elements Triple Triad uses are the same elements used in the game. 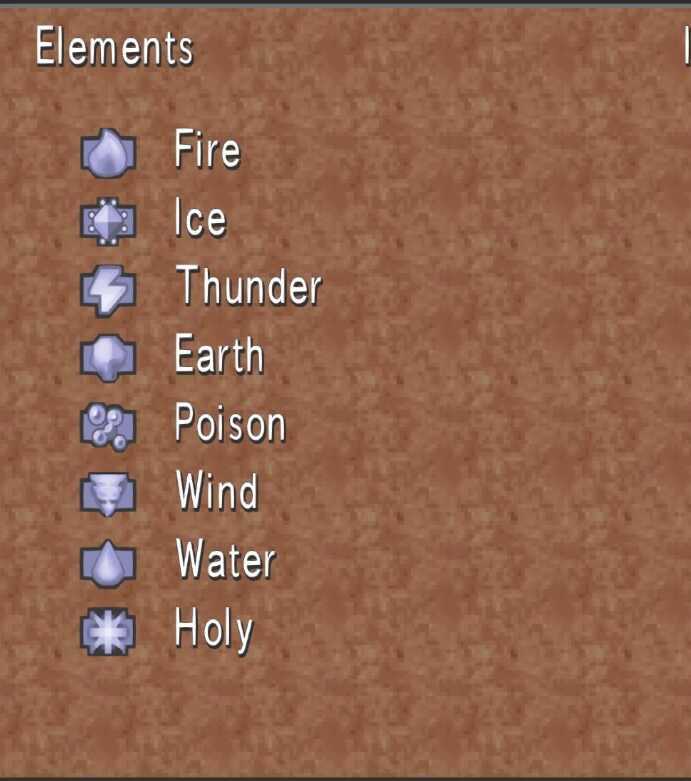 These rules affect several things like the info you recieve in the game and the way the game starts. 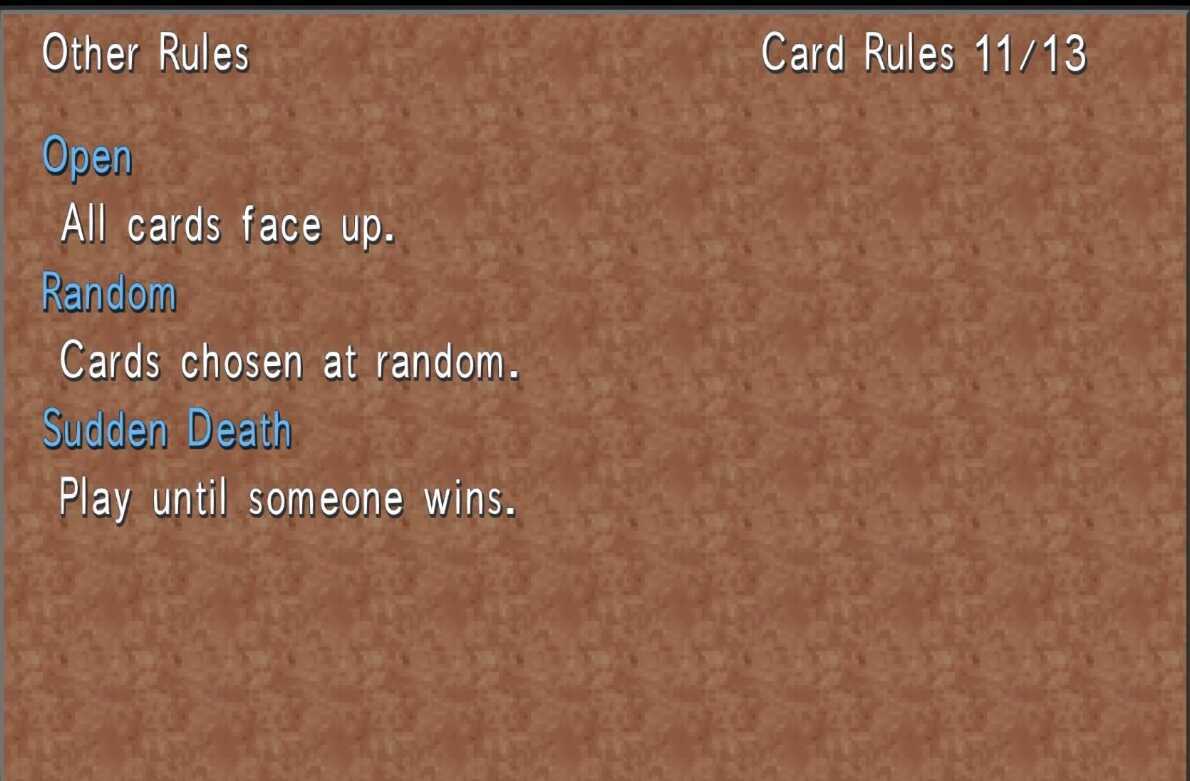 The Rule says it all. You play the game with all cards in the enemy hands revealed.

Random makes the card you use in the game randomized. The cards you can use are all from the card inventory you have so card modding lower ranked cards is one way to manipulate the cards you get in a random rule.

Sudden Death is a game rule where the game will only end once a victor is found. In case of a draw, the game starts again with the cards you captured being the ones on your starting hand. 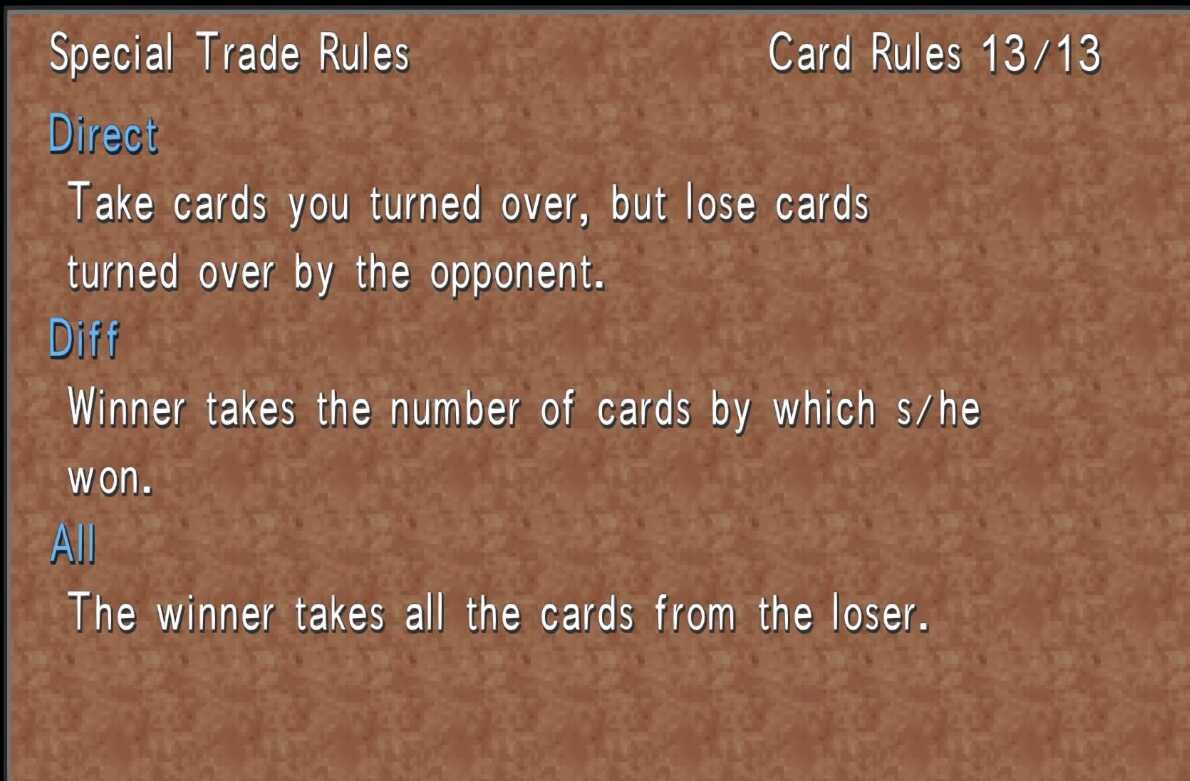 You get one card after winning.

You get all the cards you captured but lose the cards that got captured from you.

The amount of cards you get/lose are equal to the difference between the victors score and the losers score.

In order for us to make the best articles possible, share your corrections, opinions, and thoughts about 「Triple Triad Rules | FF8」 with us!