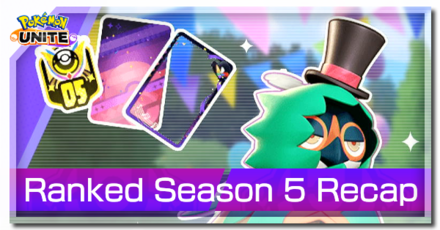 Ranked Season 5 in Pokemon UNITE is almost ending! Take a look back on the third Season of Pokemon UNITE with Game8's recap of Season 5. See which Pokemon was the best, the most improved Pokemon, the best New Pokemon, and more! 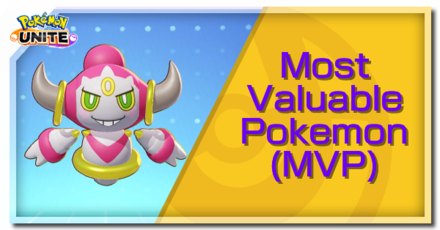 Hoopa defends its throne and becomes Season 5's MVP. It continues to prove its effectiveness in winning games for both casual and professional games. It's still the most used Pokemon in ranked matches for many weeks now, and it remained in the SS Tier for a longer time. 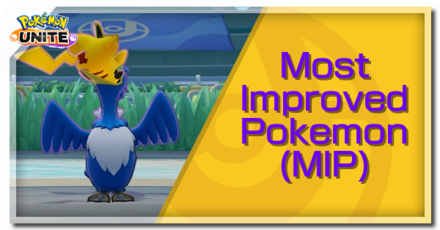 Cramorant takes Season 5's MIP! It has taken its place in the current meta as a reliable damage dealer. Even though its claim to fame is solely because of its Dive and Air Slash combo, it's nonetheless a massive boost to its effectiveness, giving it a chance to show its potential. Moreover, it has even made its professional debut in the Pokemon UNITE World Championship Series.

Game8 chose Cinderace as Season 5's best Attacker. It's one of the most reliable late-game carry in the game thanks to its rapid attacks and hard-hitting critical-hits. It can take on the jungler role or stay in one of the lanes. It can quickly take out objectives like Drednaw by itself, making it easier to secure them for the team. However, Game8's biggest reason for choosing Cinderace is because of its well-timed appearance in the World Championship Series, being one of the picks that gave BLVCKHVND their win and, ultimately, the title of the very first Pokemon UNITE World Champions.

Game8 chose Absol as Season 5's best Speedster. Its insane critical-hits remain unmatched and can shred through even the toughest Pokemon. It's also fairly easy to use since players don't need to do much to utilize its damage other than to hit targets with attacks and moves.

Game8 chose Tsareena as Season 5's best All-Rounder. It has always been a top pick for players ever since its release, but now that the meta favors All-Rounders, its usage skyrocketed and cemented its place in the meta. Not only is it the top All-Rounder pick, it's the go-to pick in general, beating even well-established Pokemon like Pikachu and justifying its SS-Tier placement. Morever, it's the most picked Pokemon in the recent World Championship Series, gaining an impressive 75% pick rate with a 72% win rate.

Game8 chose Snorlax as Season 5's best Defender. It has always been the quintessential Defender from the very start, but as new Defenders came into the scene, it got pushed back from the spotlight. When Hoopa joined the roster, players started to realize that Snorlax is the best direct counter to a Hoopa team comp, dragging Snorlax back into the meta. Its Block and Heavy Slam proved to be the most effective way to prevent Pokemon from teleporting away using the Hyperspace Hole and a great tool for defending goal zones.

Game8 chose Hoopa as Season 5's best Supporter. This is an easy win for the Pokemon considering that it's also Season 4's MVP and best Supporter, and this season's MVP. It has become a staple pick in any team comp for both casual and professional games thanks to its ability to quickly teleport its team anywhere on the map, something that only the Pokemon can do.

Game8 has chosen these two as Season 5's best holowears. The effects these holowears have is definitely satisfying to watch and experience. The electric guitar prop goes really well with the Pokemon since it alludes to their type in the Pokemon games. 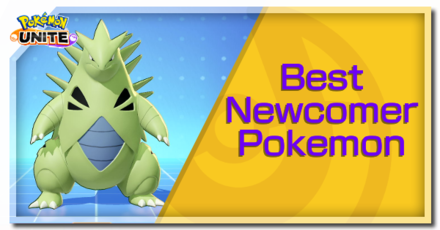 Game8 chose Tyranitar as Season 5's best Newcomer. Ever since the game started releasing new Pokemon, Tyranitar has been in people's wishlist for a long time due to its reputation and popularity in other Pokemon games. When it was finally released, it surpassed people's expectations since it's crazy strong and, argubly, a broken Pokemon. To start things off, its passive ability changes as it evolves. The first two passives are standard ones. It's third passive is the unique Its ability to ignore shields and defenses via Ancient Power breaks the meta entirely as there hasn't been any answer to shields in the past aside from just dealing massive damage. On top of this, the damage it deals and the instant knockout effect during Tyrannical Rampage makes it a scary Pokemon to fight against as it can potentially defeat an entire team by itself. 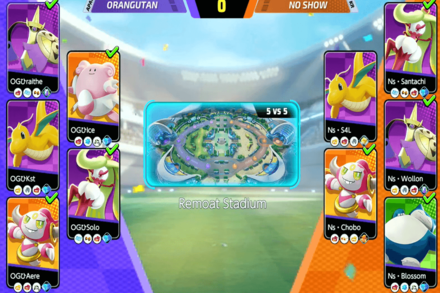 All-Rounders have made a comeback this season, filling out parts that are usually reserved for specific roles thanks to their well-balanced stats. They have become the go-to pick for junglers and the team's primary damage dealer. This is apparent in the recent World Championship Series, having All-Rounders taking half the spots in the tournament's top ten most picked Pokemon with one being the top spot.

In order for us to make the best articles possible, share your corrections, opinions, and thoughts about 「Game8 Ranked Season 5 Recap | Pokemon UNITE」 with us!