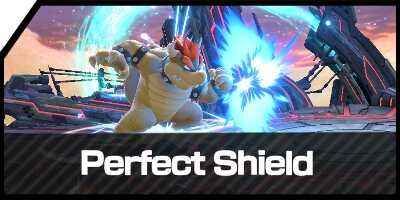 This is a guide to perfect shielding, commonly known as parrying in Super Smash Bros. Ultimate (SSBU) for the Nintendo Switch. Read on to learn how to parry, the perfect shield's timing, and the advantages of parrying in Smash Ultimate.

How to Parry (Perfect Shield)

Release Your Shield When An Attack Connects 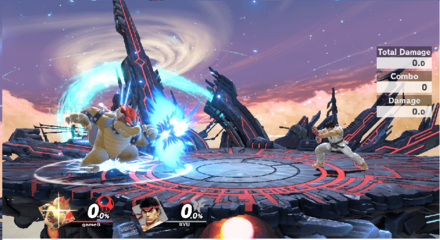 To do a parry, you have to release the shield button at the same time that the enemy attack connects with it. This is a risky move, but it pays off really well, especially when attempting to punish melee attacks (more on this below).

Your Shield size does not affect the timing of parrying. However, making your shield too small can be risky as missing the parry may result in your shield breaking, leaving you totally defenseless.

How to Practice Parrying

Choose a CPU with a ranged Neutral Special attack.

Choose a CPU partner with a ranged projectile. It is suggested to start with characters that have easy to predict projectiles like Samus before moving on with harder characters like Fox's rapid fire and Link's hard to see arrows.

While on training mode, set the CPUs behavior to repeat special attacks. Use these projectiles and parry them to get the timing right.

Slow Down the Speed.

Slowing the speed will allow you to develop your timing. Look at the projectiles carefully and gauge when it will hit.

After getting accustomed to it, Set Speed to Normal.

Once you get the hang of slow motion, revert the speed to the original then repeat the process.

Change your Position to change Timing 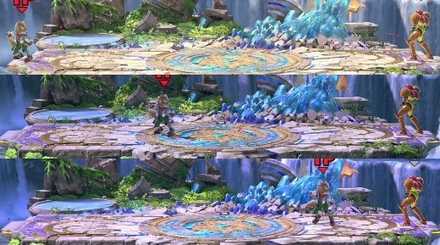 While repeating the first two methods, it is also suggested to change your position to alter the timing of the projectile.

After getting the reflex and timing down with Parrying, it is time to pit yourself against CPUs! CPUs will try to fight you, albeit in a somewhat predicatble way, but their attacks can still be unexpected at times. Hone your muscle memory and reflex against CPUs to parry those attacks.

The ultimate challenge. While playing with people, they will try to mix up their attacks and be unpredictable as possible. Apply everything you have learned here and parry those attacks!

Note that parries can be much harder to make use of online, but they are nonetheless usable, though you may need to adjust to the online connection's input delay.

Allows you to react quickly out of shield

There is a short amount of time where you cannot act when releasing your shield. With parrying, these frames are reduced, allowing you to act instantly. This allows players to easily punish attacks much more easily by performing parries, and following up with any move of their choice (when shielding, only out of shield options like grab, up b, or up smash are useful). Mastering the perfect shield technique rewards you greatly for a risky option by allowing you to punish an opponent with whatever you want!

Post (0 Comments)
Opinions about an article or post go here.
Opinions about an article or post
We at Game8 thank you for your support.
In order for us to make the best articles possible, share your corrections, opinions, and thoughts about "How to Parry (Perfect Shield)" with us!
When reporting a problem, please be as specific as possible in providing details such as what conditions the problem occurred under and what kind of effects it had.