This is a Side Quest Walkthrough for Frog Catching from Final Fantasy IX (FFIX, FF9). Read on for more information about this side-quest and its rewards.

What is Frog Catching? 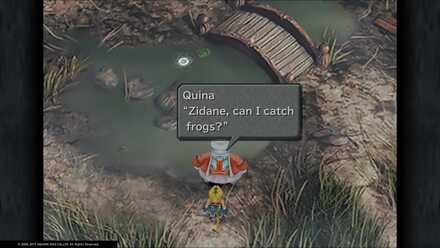 Frog Catching is a mini-game found revolving around Quina in the various Qu's Marshes found throughout the world. It is best to not catch every frog in each location as a male and female are required to increase the population.

Catching frogs will net you rewards as well as strengthening Quina's Blue Magic Frog Drop. The rewards obtainable from the sidequest are listed in the table above.

How to Catch Frogs

To begin catching frogs, you must have Quina in your party upon reaching the pond area where the frogs live. Once you have started the mini-game, guide Quina to the frogs and catch them using the X Button (PS) or the A button (Switch/XB1). The frogs will hop around at random avoiding Quina so do your best to get as many as you can!

While it may be tempting to catch a golden frog if it appears, do not! Leaving a golden frog in the marsh will increase the speed at which it repopulates, allowing you to catch more frogs quicker. 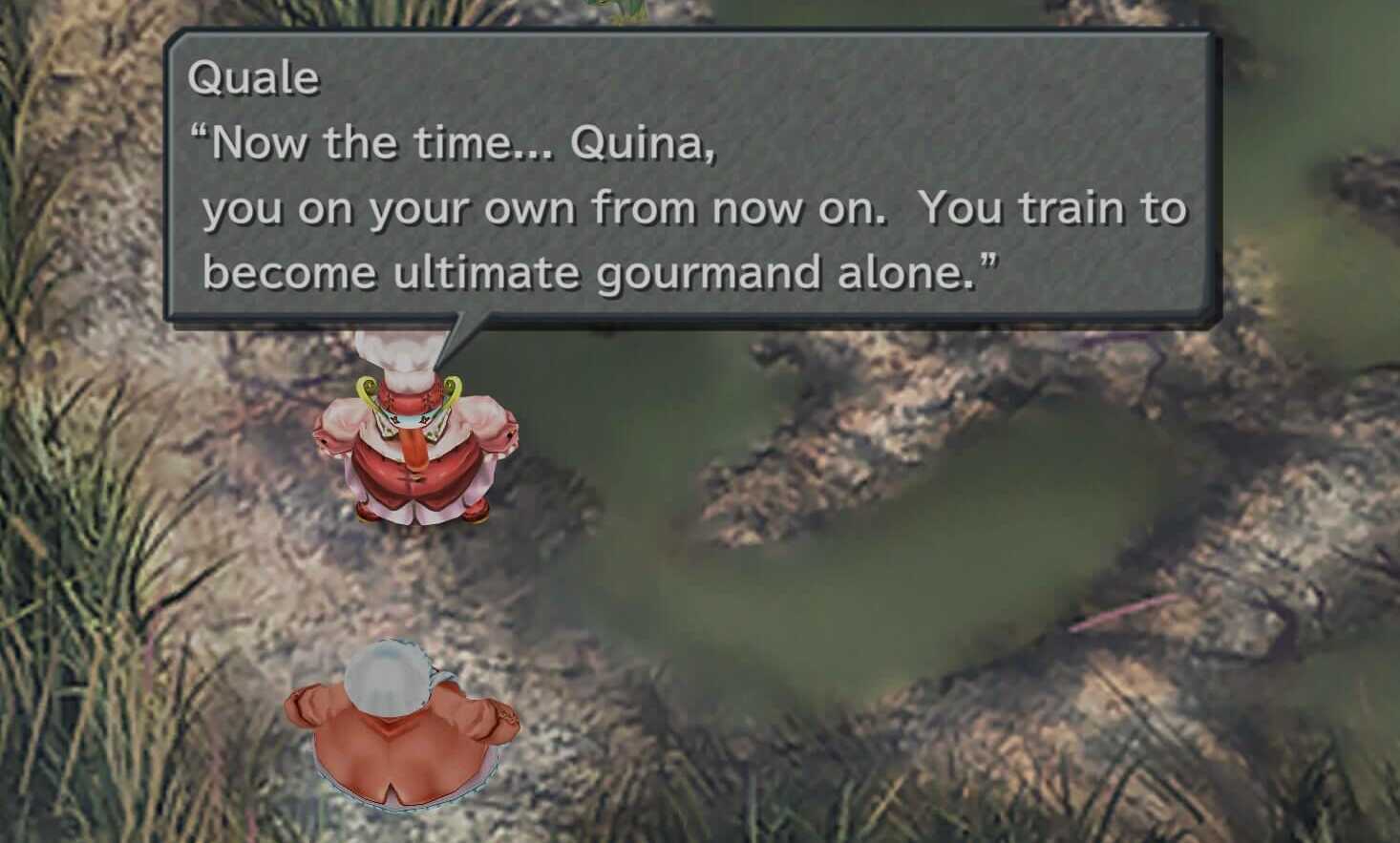 Upon Catching your 99th frog, Quale appears officially declaring that he/she has nothing more to teach to Quina. This comes with a final test in which you must battle Quale. For more information about Quale, see the link below.
How to Beat Quale

Register as a member and get all the information you want. (It's free!)
Login
Opinions about an article or post go here.
Opinions about an article or post
We at Game8 thank you for your support.
In order for us to make the best articles possible, share your corrections, opinions, and thoughts about "Frog Catching Side Quest Walkthrough " with us!
When reporting a problem, please be as specific as possible in providing details such as what conditions the problem occurred under and what kind of effects it had.