This is a walkthrough for the boss fight with Quale from the game Final Fantasy IX (FF9, FF IX). Read on for tips and strategy about how to beat Quale, including Quale's stats and other useful information.

Quale has the highest HP of any enemy in the game. Quale can also absorb Water elemental damage, making the fight a tad bit longer if not handled properly. 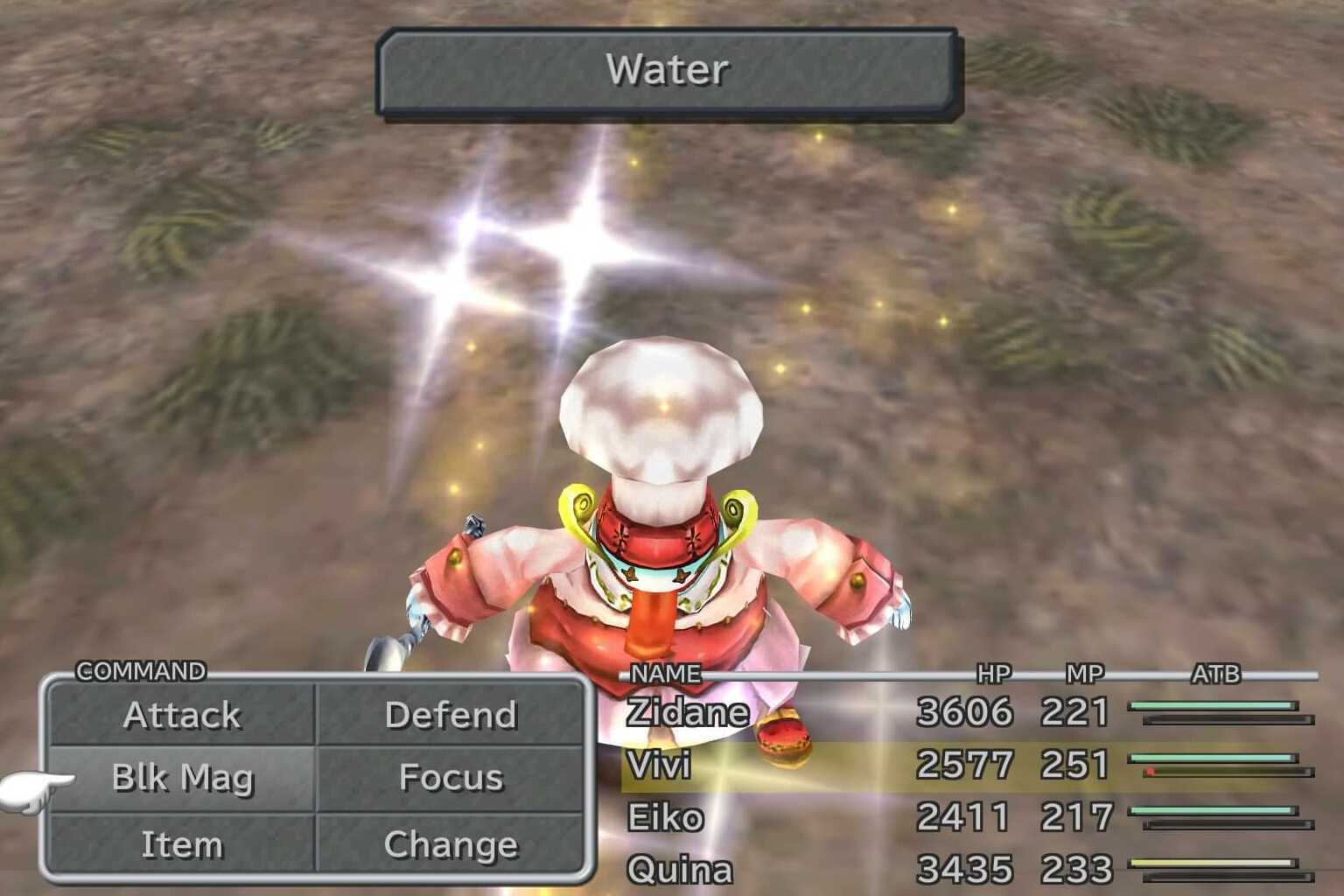 Quale uses an assorted mix of status inducing magic as well as Water elemental magic and abilities. Quale will also use Rolling Attack as their physical attack which deals moderate damage to its target.

Having the abilities, Antibody, Clear Headed, and Bright Eyes will negate most of Quale's status inducing magic . Another option is to have Auto-Reflect equipped to your whole party and having Reflect-Null on your healer. Both will work just as well and the method for beating Quale will not change.

Regardless of which set of abilities you chose, beating Quale comes down to depleting their MP. Having Vivi's Osmose and Quina's Magic Hammer will do just that.

With no MP, Quale is unable to use any of their magic-based abilities and instead resort to physical attacks. After Quale's MP has been depleted, have a healer focus on recovering the damage from their physical attacks while everyone else focuses Quale with their strongest attacks to take them down.

Register as a member and get all the information you want. (It's free!)
Login
Opinions about an article or post go here.
Opinions about an article or post
We at Game8 thank you for your support.
In order for us to make the best articles possible, share your corrections, opinions, and thoughts about "How to Beat Quale" with us!
When reporting a problem, please be as specific as possible in providing details such as what conditions the problem occurred under and what kind of effects it had.