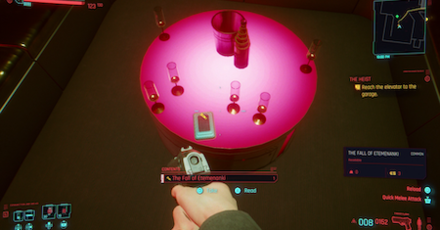 This is a list of Datashards in the game Cyberpunk 2077. Find out where to find all Datashards available and the information contained within!

Datashards are Items which reveal information about the story of the game.

They are not necessary to proceed with the story, but will provide deeper information into the world of Cyberpunk 2077.

Datashards can be found scattered around the world both outdoors and indoors. They can often be found placed innocently on tables, or on the bodies of defeated enemies.

Based on the Datashards we have collected so far, it seems that each Datashard appears in multiple locations, so missing a Datashard in one-time locations like Konpeki Plaza doesn't mean you will miss out on 100% completion.

Register as a member and get all the information you want. (It's free!)
Login
Opinions about an article or post go here.
Opinions about an article or post
We at Game8 thank you for your support.
In order for us to make the best articles possible, share your corrections, opinions, and thoughts about "List of Datashards and Locations" with us!
When reporting a problem, please be as specific as possible in providing details such as what conditions the problem occurred under and what kind of effects it had.