This page will show you all about Surge, a character in Brawl Stars. Read on to learn Surge's stats, attacks, gadgets, star powers, skins, best maps, and how to use him!

This page will show you all about Surge, a character in Brawl Stars. Read on to learn Surge's stats, attacks, gadgets, star powers, skins, best maps, and how to use him!

Surge servers a shot of Juice that splits in two on contact with enemies.

Note: This is the stat of Juice of Justice at Power Level 1.

With each Super, Surge gets upgraded (Max 3). Upgrades are lost when Surge is defeated.
Stage 1: Boosted movement speed
Stage 2: Increase weapon range
Stage 3: Main attack splits into 6 (instead of 2)

Note: This is the stat of Party Tricks at Power Level 1.

How to Use Surge

Prioritize getting the Stage 1 of Surge's Super

Try to get the stage 1 buff of Surge's Super. It will give him a huge movement speed boost, and it will be easier to chase or escape from enemies. It can help you charge his Super quickly by making good use of covers, as his attacks can only reach a short distance.

Other uses of Surge's Super 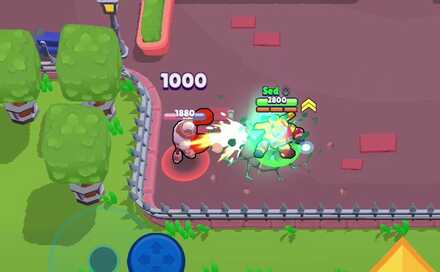 You can also use Surge Super defensively in a battle. He can evade most attacks for a second upon the activation of his Super. It can also damage and knock enemies that are close to him away. Using his Super at the right time will give him a tremendous advantage in battle! 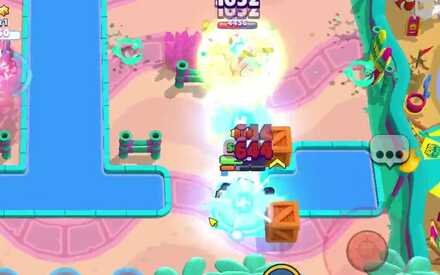 Since Surge has a slow movement speed and his range is short without the first two ranks of his Super, it is good to have his Power Surge Gadget. It teleports him in a short distance to where he is looking, and it can also get him to the other side of the wall. It can help him escape his enemies or chase them. 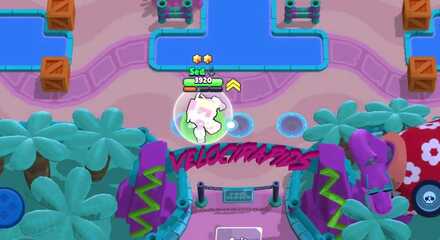 In order for us to make the best articles possible, share your corrections, opinions, and thoughts about 「Surge Stats, Skills, and Skins | Brawl Stars」 with us!