This page will show you all about Sprout, a character in Brawl Stars. Read on to learn Sprout's stats, attacks, gadgets, star powers, skins, best maps, and how to use him!

This page will show you all about Sprout, a character in Brawl Stars. Read on to learn Sprout's stats, attacks, gadgets, star powers, skins, best maps, and how to use him!

Sprout proples a ball of seeds that bounces around before bursting with a bang! If it makes contact with enemies, it explodes on impact.

Note: This is the stat of Seed Bomb at Power Level 1.

Note: This is the stat of Hedge at Power Level 1.

How to Use Sprout 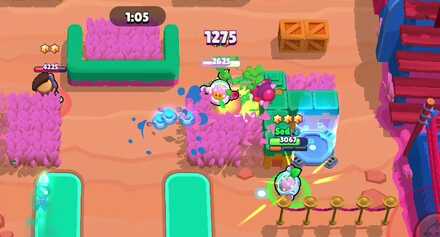 Get the upper hand in a match using Sprout by attacking enemies behind walls. Sprout's attacks can also hit enemies in a wide range, making it easier for Sprout to take control of some parts of the area. 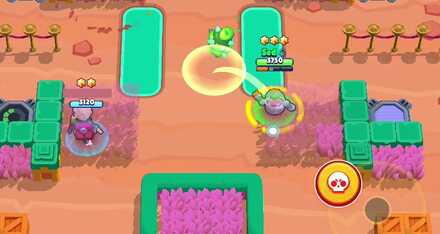 Block off enemies' path using Sprout's Super to prevent them from escaping, getting close to your team. or the objectives. Using Sprout's Super at the right place will give your team an advantage in battle, so be sure to think first before throwing it anywhere in the area! 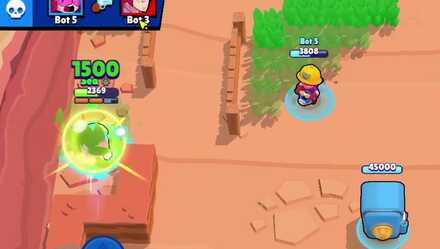 Pick the Garden Mulcher Gadget only if the map has a lot of bushes. It can heal him instantly when used, which is great for holding an area on the map. But if you already mastered how to use his Super in a match, the better choice for you is the Transplant Gadget. It recovers his Super upon usage, and it will be ready for use again. It's useful when you have to instantly block an enemy or its attacks. 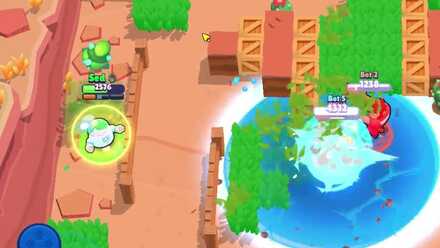 You can make Sprout more of a hitter by using his Overgrowth Star Power. It makes his next attack explode with a larger explosion radius, and it refreshes every 5 seconds. But you can also make him like a Heavyweight Brawler for a bit if you equipped his Photosynthesis Star Power. This Star Power gives him a shield that reduces his damage taken, as long as he is inside a bush.

In order for us to make the best articles possible, share your corrections, opinions, and thoughts about 「Sprout Stats, Skills, and Skins | Brawl Stars」 with us!