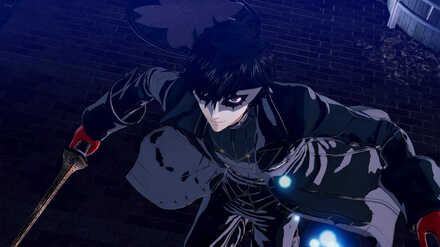 This is a list of all the playable characters in Persona 5 Strikers (P5S). Click the links below for more detailed information on each character, their Persona, and their unique skills. 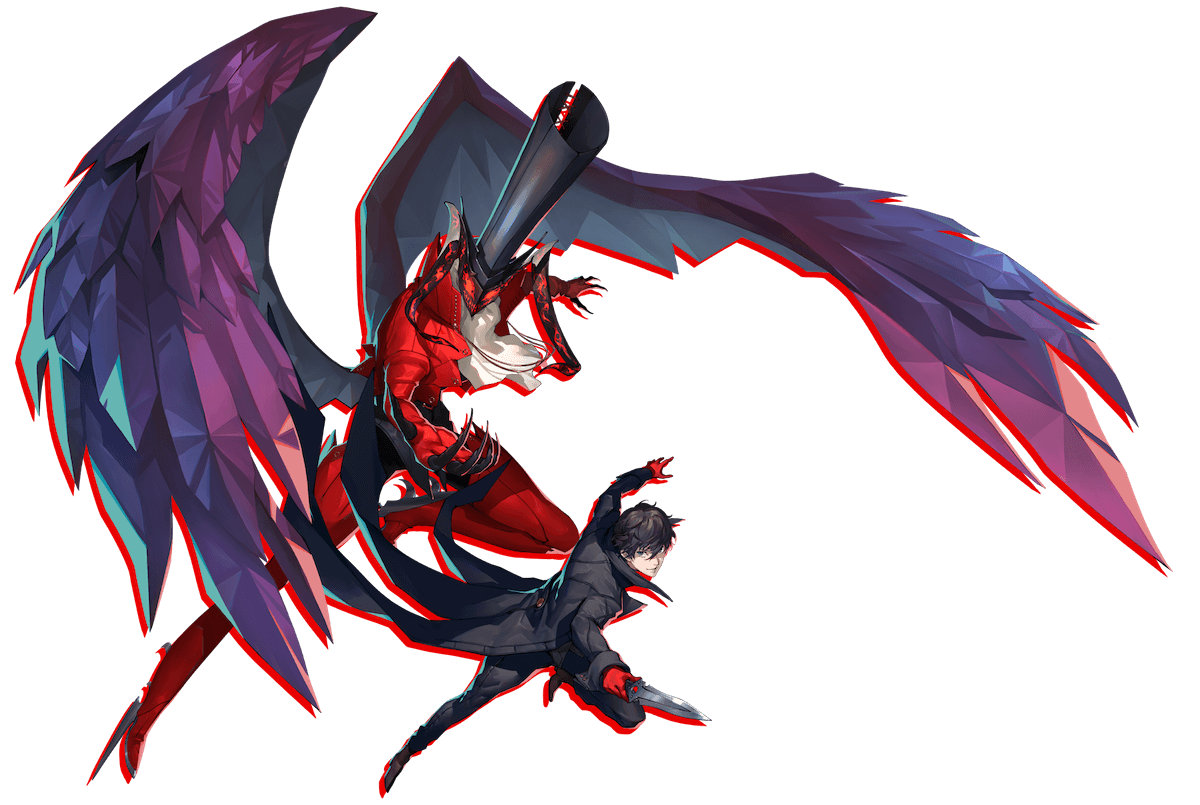 His Persona awakened in the midst of a series of psychotic-breakdown incidents. This lead to the creation of the Phantom Thieves of Hearts, dedicated to changing the hearts of rotten adults and responsible for foiling a menacing conspiracy. Joker has high attack power and mobility, darting in with his dagger for quick close-range attacks. 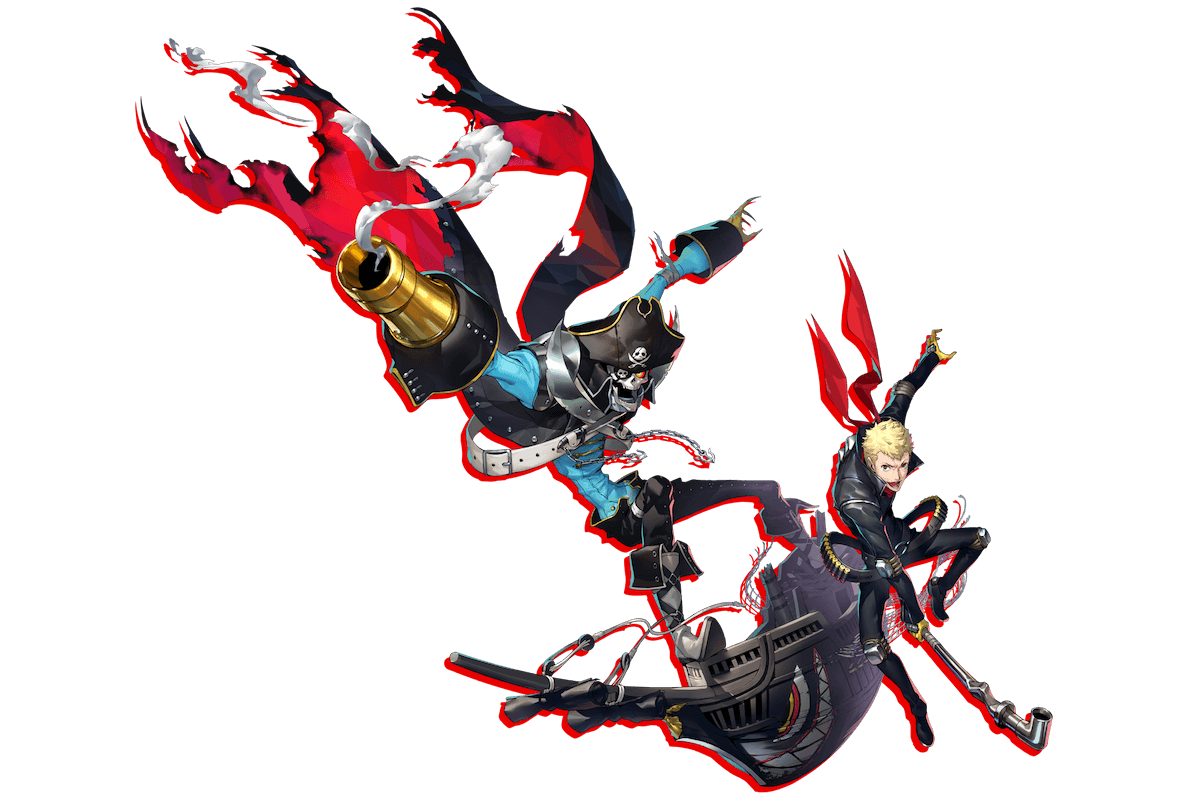 Despite his short temper, he is a courageous young man with a good heart who will do anything for his allies and those who have suffered abuse. Boasting high attack and defense, Skull can rush headfirst into battle. Charge up your attacks to increase their damage and range. Skull's shotgun can also be charged to increase its damage output. 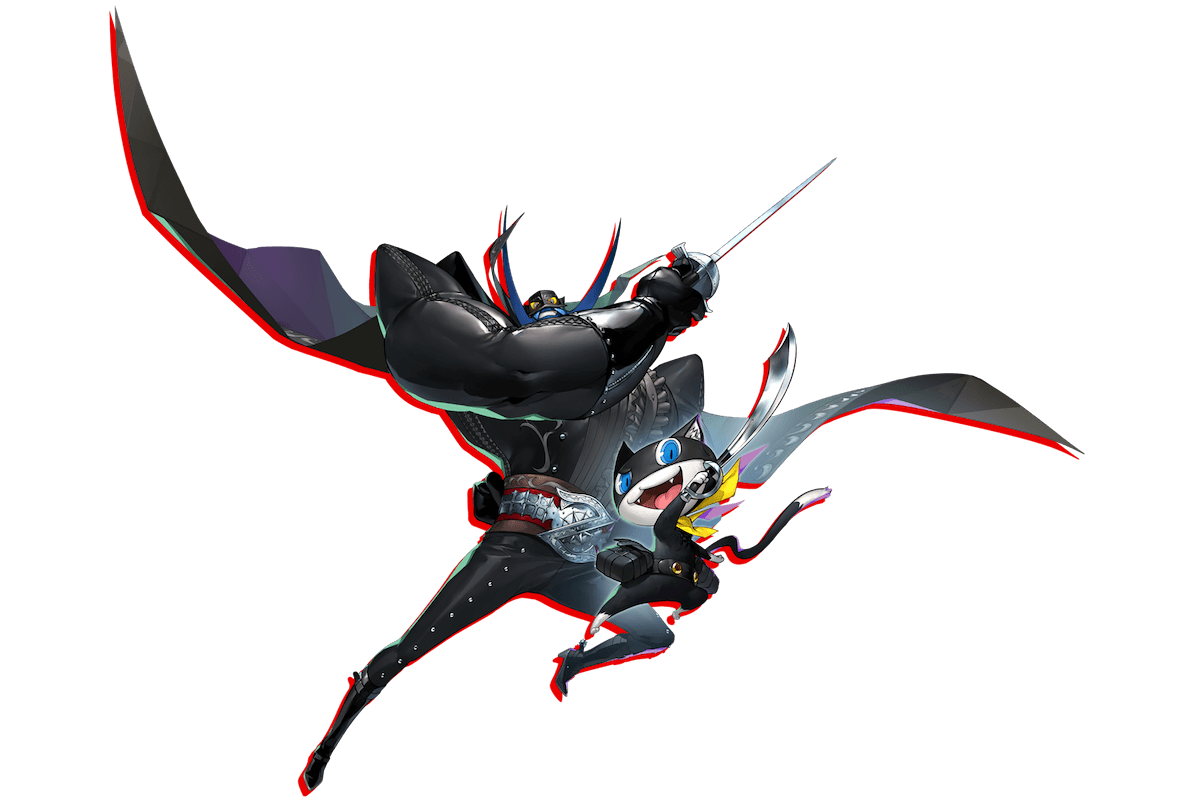 A talking black cat(?) that the protagonist rescued in the Metaverse who has stuck with him ever since. He guides the Phantom Thieves and also acts as their mascot. Mona wields a shortsword. He is an agile fighter who can unleash attacks both on the ground and in the air. He can also lock onto multiple enemies using his slingshot. 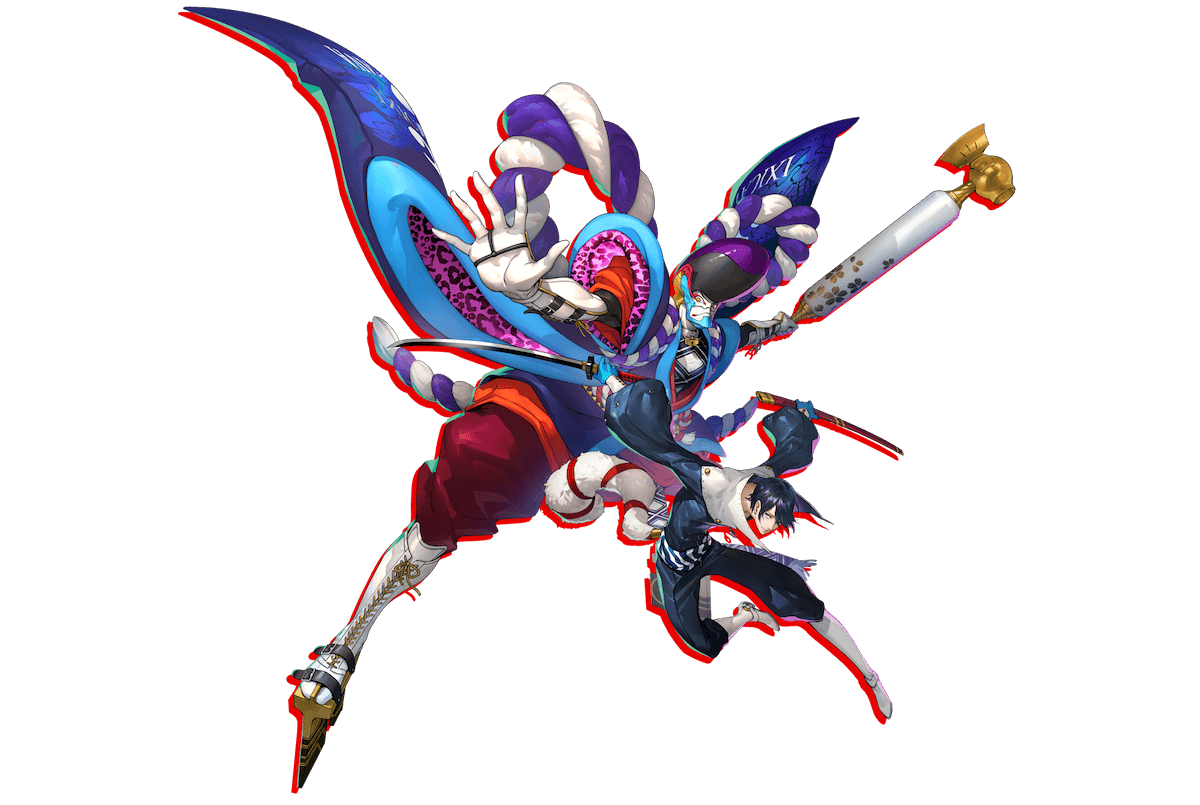 Although he's handsome at first glance, he's so devoted to his craft that he sometimes lacks common sense, baffling those around him. Fox wields a katana. He boasts high attack power and, thanks to his speed, can strike an enemy multiple times. He can unleash a flurry of attacks, and even counter as he sheathes his sword. His gun, a rifle, allows him to aim at enemies with ease and accuracy. 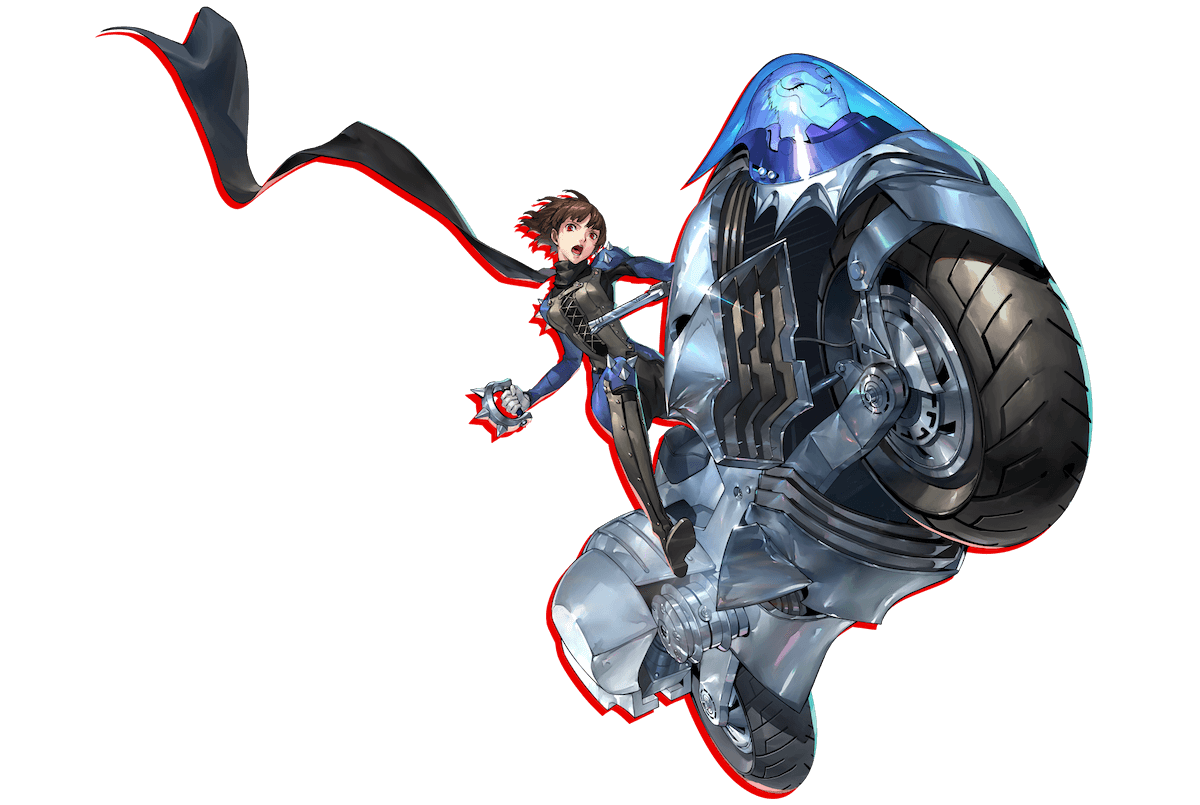 Though not as strict and serious as she was as the student council president of Shujin Academy, she still acts as an older sister figure to the Phantom Thieves. Queen is a close-range fighter who uses her fists as her weapons. She can use various skills while riding on her bike-shaped Persona. In addition, her attacks have the Burst feature, giving them a nuclear element. Her gun is a revolver, which allows her to fire quickly. 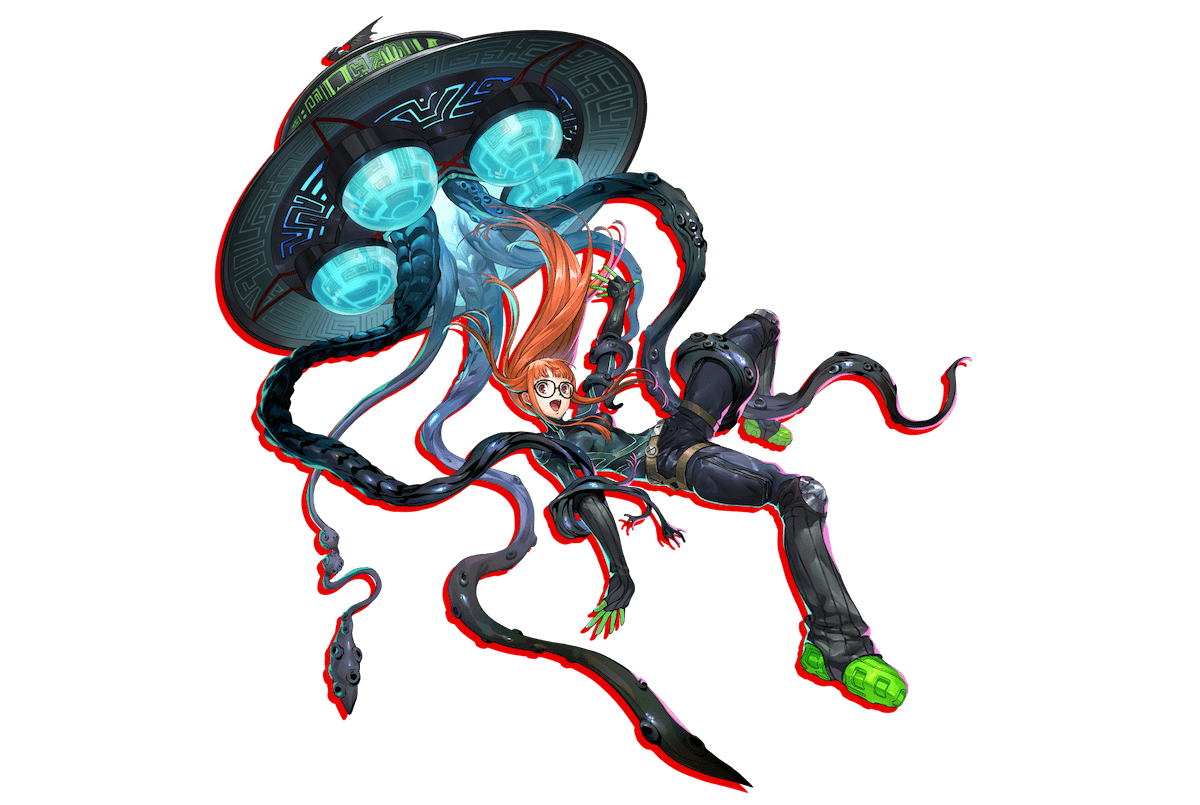 A super hacker who once caused chaos across the world, she is a support specialist for the Phantom Thieves and acts as their navigator. Oracle doesn't fight in battle, but navigates for the Phantom Thieves by analyzing their surroundings and enemy data. By observing combat situations, she can report the team's ailments, discover the weaknesses of enemies, and chart the team's movements. 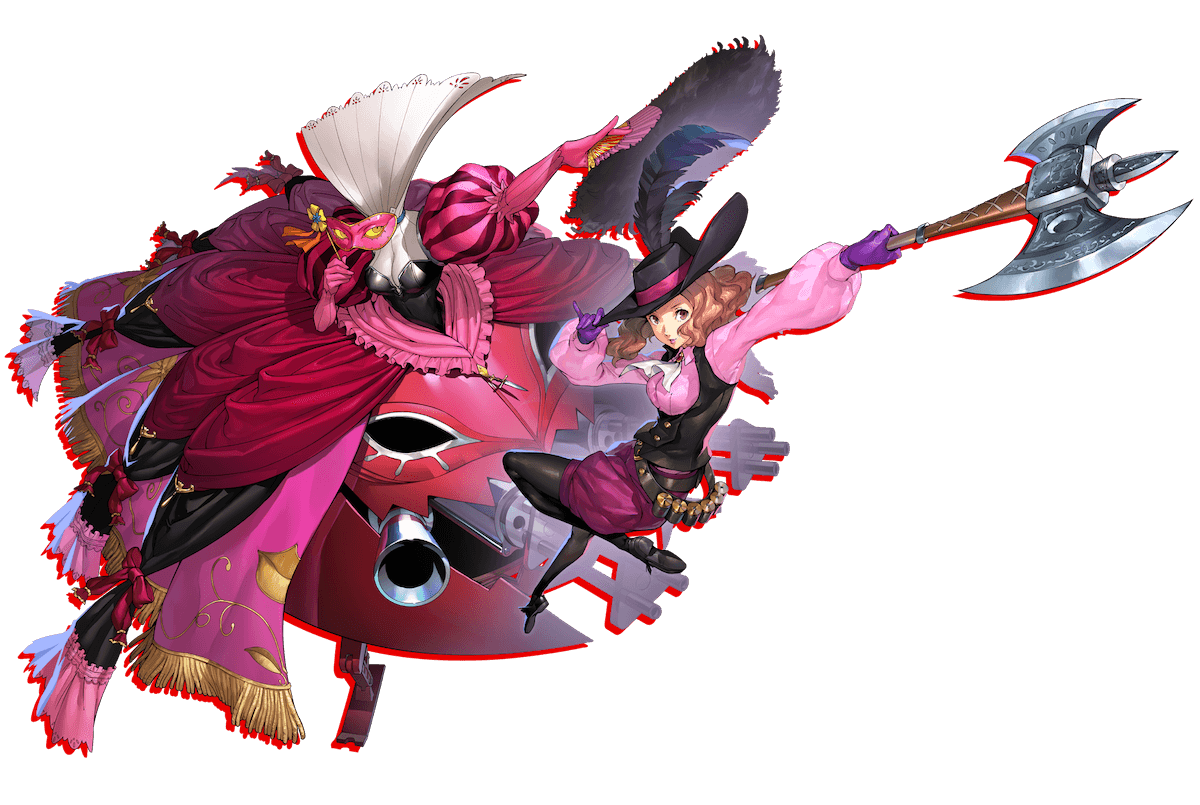 A girl with a strong sense of justice, who also has a naive side and calls herself Beauty Thief. In contrast to her refined appearance, Haru wields an axe when fighting. She can connect her Psychokinesis and Gun attacks to her regular attacks. Her gun, a grenade launcher, has high attack power and range. 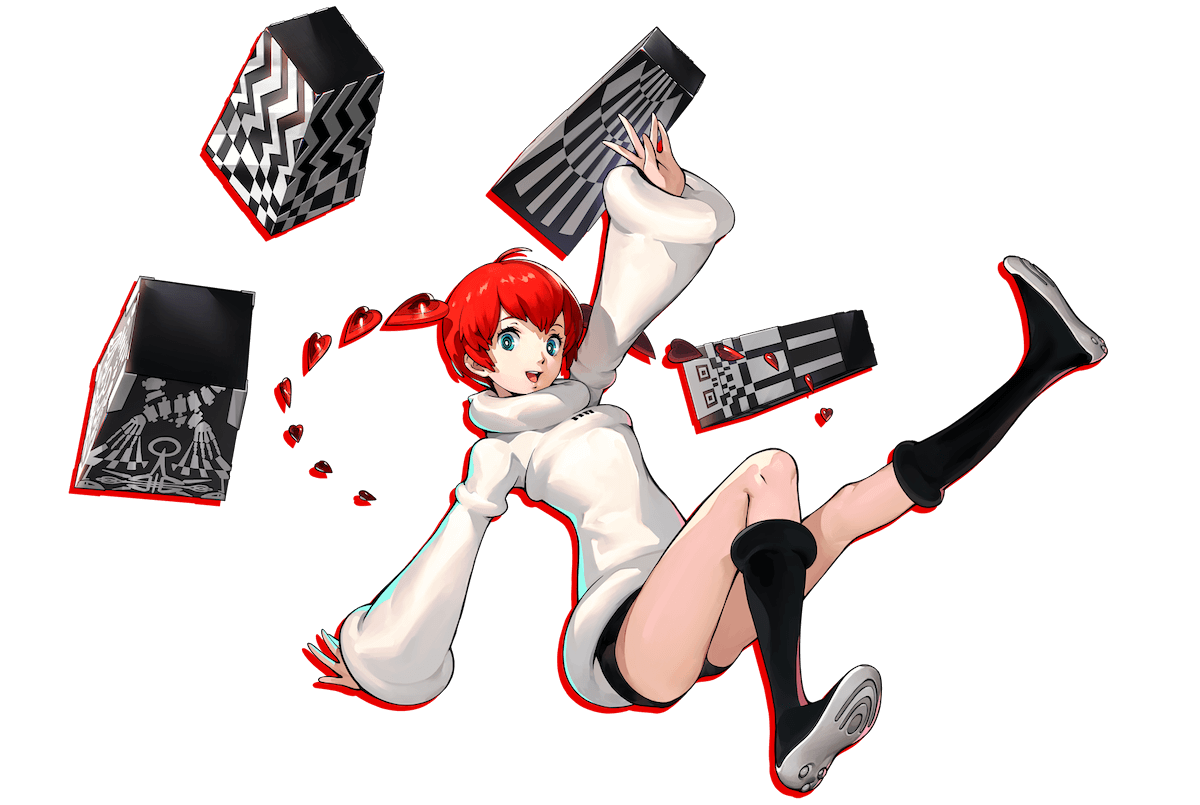 A mysterious girl that the thieves meet in the Shibuya Metaverse. She seems to have lost her memories, and the only thing she can recall is her directive to become humanity's companion. Sophie uses a yo-yo to quickly attack a large number of enemies. She uses a blaster for her Gun attacks. 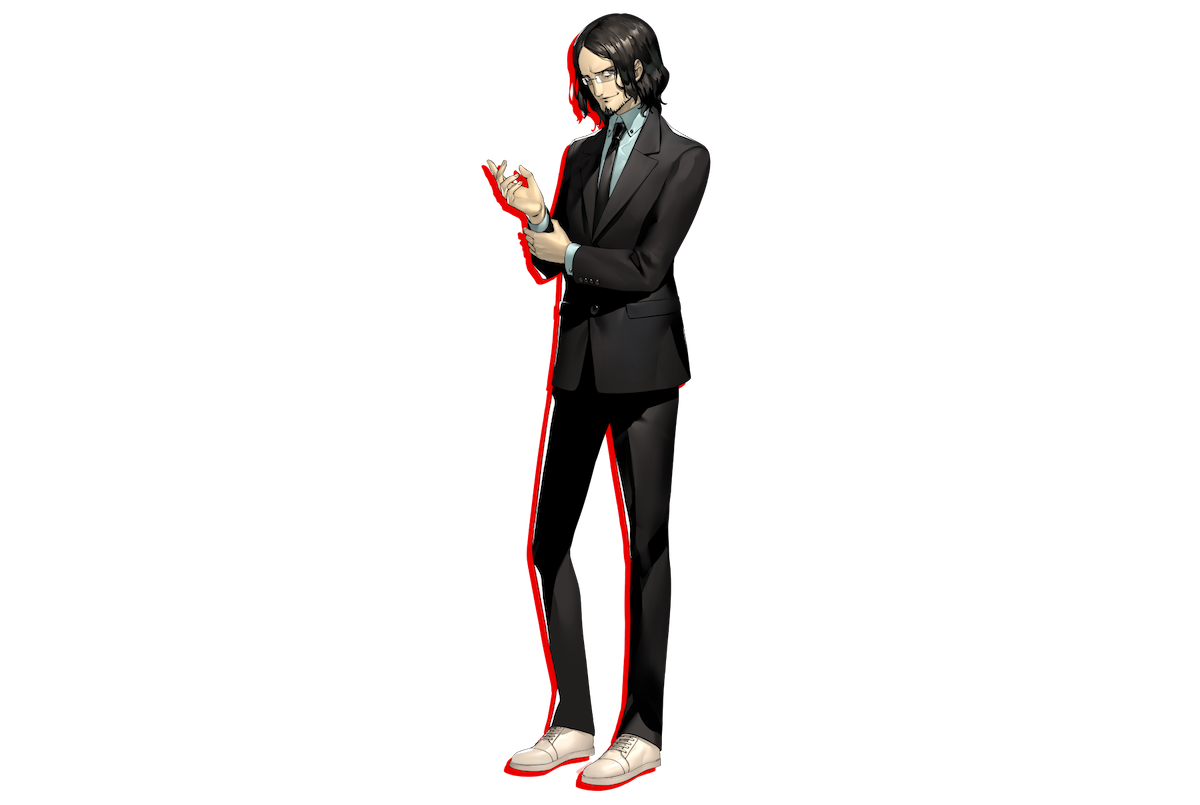 An investigator in Tokyo's Public Security branch who was dispatched from the Kyoto Police Dept. To get to the bottom of the Change of Heart incidents in Japan, he seeks out the Phantom Thieves and offers to make a deal with them. Though he may appear easygoing on the outside, Zenkichi is a ruthless investigator who will stop at nothing to accomplish his goals.

Return to the Front Page

In order for us to make the best articles possible, share your corrections, opinions, and thoughts about 「List of Characters | Persona 5 Strikers」 with us!