This is page is about Morgana, a character from Persona 5 Strikers. Here you can find information on Morgana', how to use them, and what skills they learn!

A talking black cat(?) that the protagonist rescued in the Metaverse who has stuck with him ever since. He guides the Phantom Thieves and also acts as their mascot. Mona wields a shortsword. He is an agile fighter who can unleash attacks both on the ground and in the air. He can also lock onto multiple enemies using his slingshot.

How to Play as Morgana 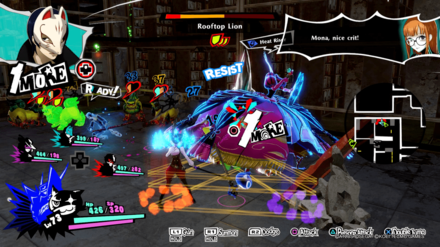 Morgana is has the role of soft Fighter/Support, capable of truly fighting against foes in the air or on the ground seamlessly with a good attack speed. However, his small HP and DEF stats make him a vulnerable target and incapable of taking hits, even on higher levels.

Zorro is capable of learning a wide number of boost, HP regen and Wind skills. In lineups where Sophia or another dedicated healer is unavailable in favor of power, Morgana is a very good substitute to complement the rest of the team.

In order for us to make the best articles possible, share your corrections, opinions, and thoughts about 「Morgana Basic Info, Usage Guide, and Skills | Persona 5 Strikers」 with us!