This is page is about Sophia, a character from Persona 5 Strikers. Here you can find information on Sophia', how to use them, and what skills they learn!

A mysterious girl that the thieves meet in the Shibuya Metaverse. She seems to have lost her memories, and the only thing she can recall is her directive to become humanity's companion. Sophie uses a yo-yo to quickly attack a large number of enemies. She uses a blaster for her Gun attacks.

How to Play as Sophia 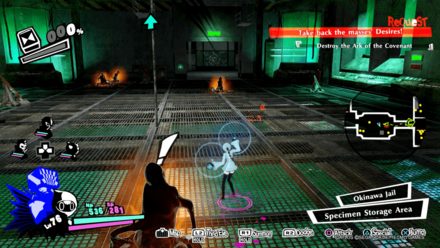 Sophie occupies the very integral role of being a Support character that can provide the team with plenty of boosts and healing. As a support type of character, she has low ATK, and only really valuable in higher levelled Jails that require a support that can keep the party alive.

In order for us to make the best articles possible, share your corrections, opinions, and thoughts about 「Sophia Basic Info, Usage Guide, and Skills | Persona 5 Strikers」 with us!