This is page is about Yusuke Kitagawa, a character from Persona 5 Strikers. Here you can find information on Yusuke Kitagawa', how to use them, and what skills they learn!

Although he's handsome at first glance, he's so devoted to his craft that he sometimes lacks common sense, baffling those around him. Fox wields a katana. He boasts high attack power and, thanks to his speed, can strike an enemy multiple times. He can unleash a flurry of attacks, and even counter as he sheathes his sword. His gun, a rifle, allows him to aim at enemies with ease and accuracy.

How to Play as Yusuke Kitagawa 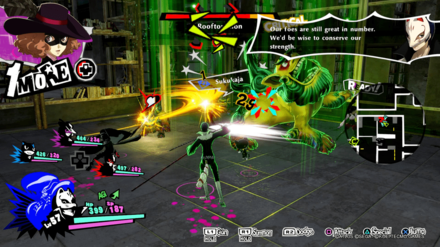 Yusuke's melee attacks require other party members to keep opponents distracted, as there is a short charge time needed to prepare his own rewarding strikes. As primarily a fighter, Yusuke posseses good ATK stats to go along with decent HP.

The skills that Goemon can learn are mostly Kaja-type buffs for a singular ally, boosts to Yusuke as well as Physical and Ice based affinity skills.

In order for us to make the best articles possible, share your corrections, opinions, and thoughts about 「Yusuke Kitagawa Basic Info, Usage Guide, and Skills | Persona 5 Strikers」 with us!