This is page is about Makoto Niijima, a character from Persona 5 Strikers. Here you can find information on Makoto Niijima', how to use them, and what skills they learn!

Though not as strict and serious as she was as the student council president of Shujin Academy, she still acts as an older sister figure to the Phantom Thieves. Queen is a close-range fighter who uses her fists as her weapons. She can use various skills while riding on her bike-shaped Persona. In addition, her attacks have the Burst feature, giving them a nuclear element. Her gun is a revolver, which allows her to fire quickly.

How to Play as Makoto Niijima 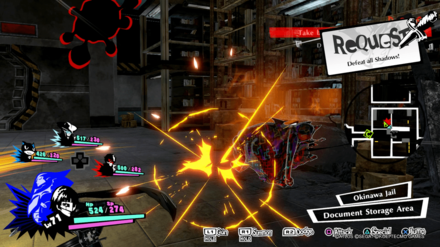 Makoto can add Nuclear affinity to her melee attacks, making her a precious party member against enemies particularly weak to Nuclear. She is a Fighter/Light Support type of character capable of dealing quality hits and HP restoration skills, but isn't as able to tank hits like Ryuji.

Many of Johanna skills are based on kaja-type buffs, Nuclear and Physical affinity skills as well as boosts to defense and Nuclear strength.

In order for us to make the best articles possible, share your corrections, opinions, and thoughts about 「Makoto Niijima Basic Info, Usage Guide, and Skills | Persona 5 Strikers」 with us!