This is page is about Ryuji Sakamoto, a character from Persona 5 Strikers. Here you can find information on Ryuji Sakamoto', how to use them, and what skills they learn!

Despite his short temper, he is a courageous young man with a good heart who will do anything for his allies and those who have suffered abuse. Boasting high attack and defense, Skull can rush headfirst into battle. Charge up your attacks to increase their damage and range. Skull's shotgun can also be charged to increase its damage output.

How to Play as Ryuji Sakamoto 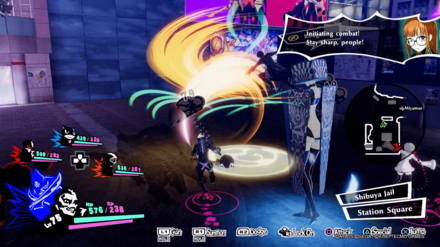 Ryuji, or Skull, has high ATK, DEF, and HP stats which make him the perfect character choice to use for tanking against enemies outside of Zenkichi, Makoto, and Haru. It is best to pair up Ryuji with faster melee attackers or ones with personas that buff the party's HP and DEF.

Much of Captain Kidd's learnable skills are centered around Shock and Physical traits. Overall, you'll begin to value this Persona's attribute boosting skills rather than skills you can actually use to cause damage against your enemies. You may choose to select the lower level versions of the skills listed below if you don't have them available.

In order for us to make the best articles possible, share your corrections, opinions, and thoughts about 「Ryuji Sakamoto Basic Info, Usage Guide, and Skills | Persona 5 Strikers」 with us!