This page contains information about the side story - Bittersweet Dessert Festival in the game Epic Seven. Read on for more information such as event schedule, rewards, and tips on clearing stages in this event.

A bittersweet story between the heroes of Ritania and Cidonia as they meet for the festival held in Perland!

Enjoy the Special Side Story “Bittersweet Dessert Festival” once again! 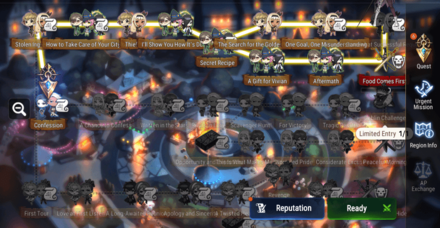 Each week, a new chapter to the SIde Story shall be released.

Increased Attack, Health, and Defense by 50%

Increased Attack and Health by 30%

Each week, the Side Story will be introducing a new currency for use in the exchange shop.

These currencies can be used at the Exchange Shop to buy rewards that are available on the shop.

NOTE: These currencies will be deleted when the side story is finished.

The Special Side Story, Bittersweet Dessert Festival does not feature a separate Exchange.

Instead, players will be able to collect event currency and unlock different puzzle pieces in the Album to collect different illustrations. 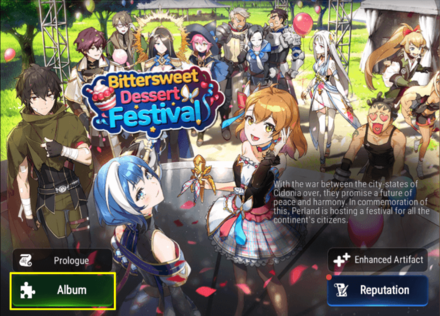 Players can access the Album by going to the Main Lobby Screen and tapping on [Side Story > Bittersweet Dessert Festival] and then tapping the Album. 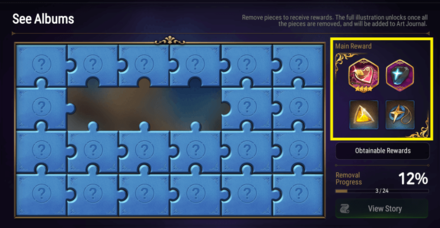 Using the event currency, you can unlock puzzle pieces to reveal the image beneath. Also, each puzzle piece awards you a random reward. 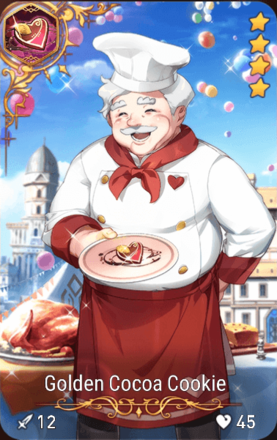 And a new equipment set: 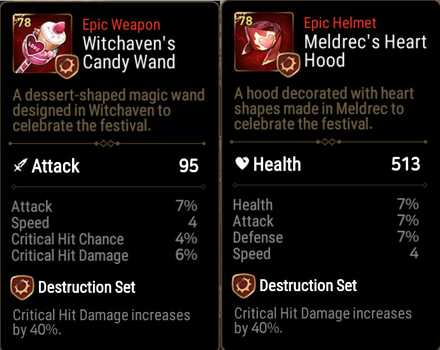 The format of this content will be the same as the Adventure mode, where you will have to finish a stage before proceeding to the next.

However, some story stages have a decision point which will lock you in taking a specific route: 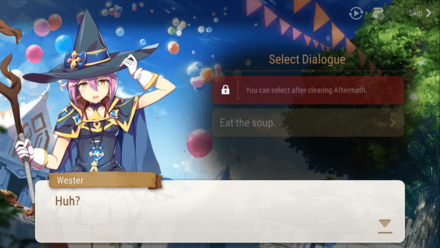 But don't fret, after satisfying the conditions for the story selected, players may go back and select the other option at the crossroad. 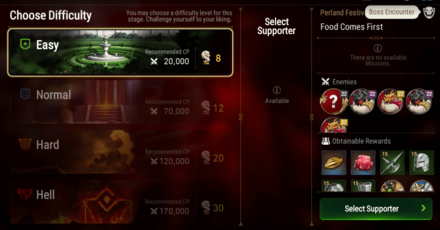 There is a stage in each chapter which offer 4 difficulties for the player. In order to farm the most side story currency with the least energy spent, it is recommended to run the Hell difficulty.

There is a stage in each chapter which offer 4 difficulties for the player. In order to farm the most exp with the least energy spent, it is recommended to run the Normal difficulty.

Register as a member and get all the information you want. (It's free!)
Login
Opinions about an article or post go here.
Opinions about an article or post
We at Game8 thank you for your support.
In order for us to make the best articles possible, share your corrections, opinions, and thoughts about "Special Side Story! Bittersweet Dessert Festival" with us!
When reporting a problem, please be as specific as possible in providing details such as what conditions the problem occurred under and what kind of effects it had.