We regret to announce that we are ending the coverage of Epic Seven. Thank you for all the support in reading our coverage of updates, event guides and character releases for Epic Seven. 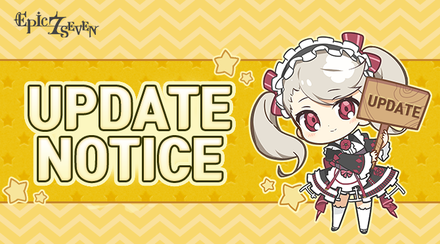 This is a page that contains information on updates, maintenance schedules, and compensations for the game Epic Seven. Read on to learn about the latest new regarding updates and events! 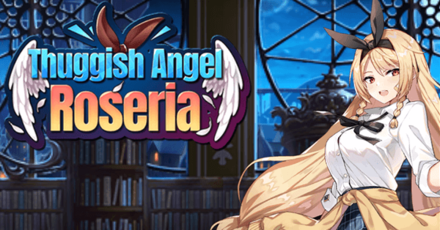 Let's see what had happened to Rose before she met Cecilia and returned to Eureka.

An album Side Story, Thuggish Angel Roseria opens for Heirs in Epic Seven. 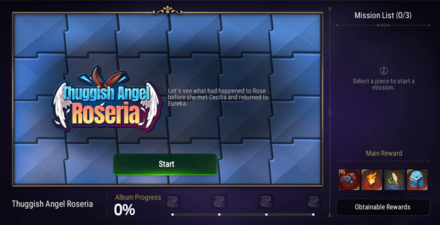 Unlike other Side Stories, Thuggish Angel Roseria doesn't have story stages.

If in terms of content, the format of Thuggish Angel Roseria is akin to the Reputation found in-game..

You are given various challenges and awarded once each challenge is completed. 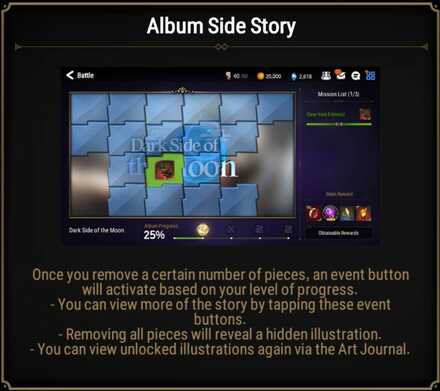 The side story is comprised of 24 puzzle pieces that make the whole.

Once you've completed all 24 challenged, you'll be rewarded with an event-limited Illustration that can be found in the Art Journal in-game.

Clicking on a puzzle piece gives you a challenge that you must complete to attain the offered reward, as well as the said puzzle piece.

You can have 3 puzzle pieces active at any given time. 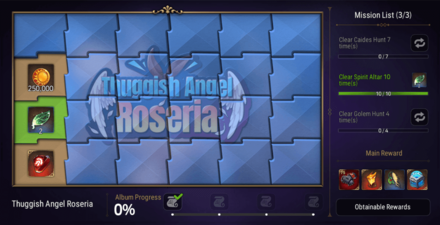 Book of Memories! A Small Miracle

As the new year arrives, it is tradition in Ezera to write a small wish onto a piece of paper and release it into the sky.

To bring happiness to these precious hearts, Ras and Arky get moving... 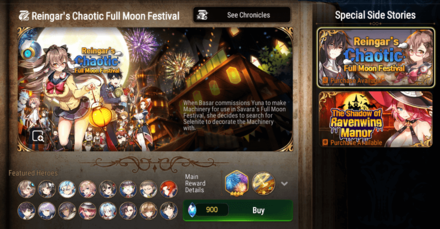 Players can access The Book of Memories through the Battle and Side Story Menus.

Purchasing a Special Side Story will replace the button Purchase with Adventure.

You can get event-exclusive Heroes & Artifacts within the Side Story! 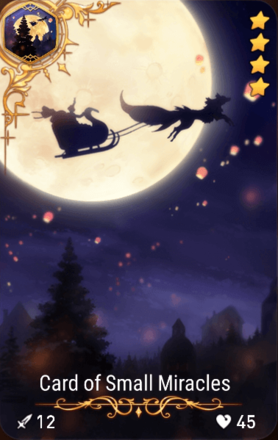 Event limited equipment will be awarded to the player throughout the Side Story!

The Set, Main Stat, and Substat of each piece of Equipment is fixed. However, after purchasing, the substats, when enhanced, will be increased at random.

Meet the Guardian who wanders through time in [Episode 1 Epilogue - Unrecorded History]. 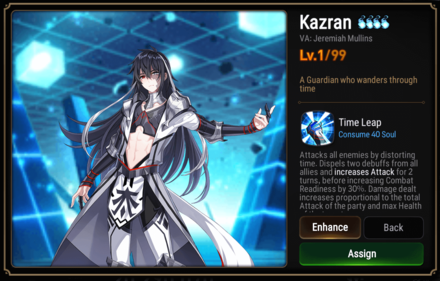 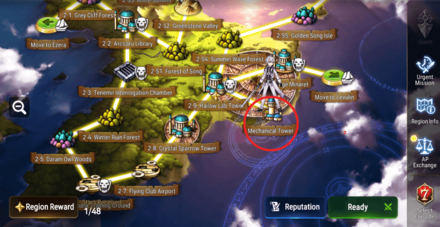 Mechanical Tower is a new stage that will be unlocked upon clearing stage 2.9 Hailow Lab Tower.

If you have already cleared stage 2.9 Hallow Lab Tower, the tutorial will begin as soon as you enter [Reingar World].

Upon unlocking Mechanical Tower and starting the tutorial, the first battle will proceed as an NPC Battle.

The new main story of Epic Seven begins on the eastern continent, Natalon.

Begin your new journey with Ras and the new main Hero in the new continent in Episode 4.

Episode 4 won't have AP Exchange Quests to be able to unlock the AP Exchange. They will automatically be unlocked once all unlock conditions are fulfilled.

With Taeyou and the Summer Sword both in the hands of Zahhak, Ras and companions part ways with Ran and head for the Prairie, where the Autumn Sword can be found. Upon reaching their location, they meet Arunka, queen of the Prairie. But they soon face difficulties as a result of an aversion to outsiders and a civil war between Suins.

A new adventure will unfold in Episode 4, Chapter 3, West Prairie! 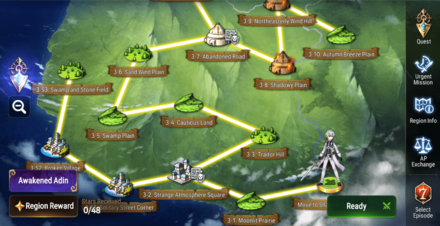 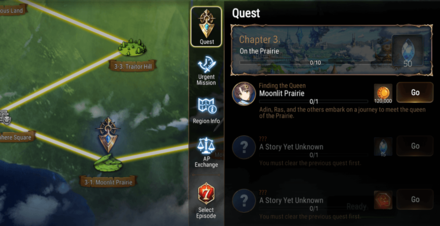 Chapter 3, West Prairie, has a total of 10 Quests that players will be able to complete. After completing all 10 Quests in the chapter, players will receive a 50 Skystone. 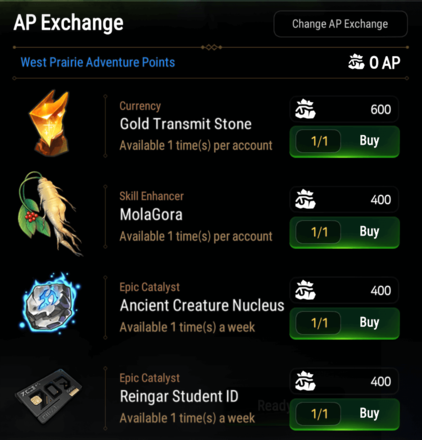 Stay tuned for our in-depth guide to Episode 4 Dawn of a New Era!

A girl advancing toward her new destiny.

Adin never loses hope, no matter how dire the situation. She faces her new fate as she gets entangled with the Summer Sword.

The 3★ Hero, Adin, who will be going on adventures with Ras in the eastern continent Natalon in Episode 4, can be obtained from Chapter 1, Episode 4, South Theranhad. 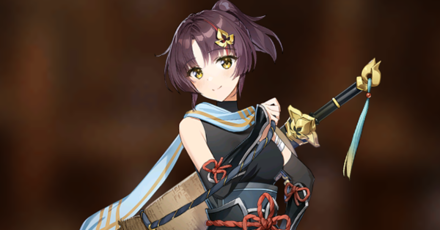 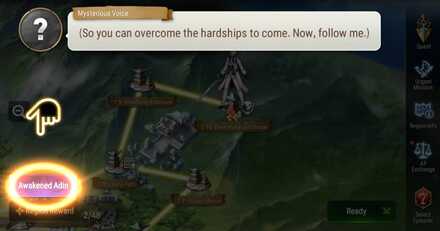 Complete 1-10. Determination Shrine in Episode 4 and tap Awakened Adin in the Story Map

Players will join Adin's journey in Episode 4 and complete missions given to Awakened Adin. 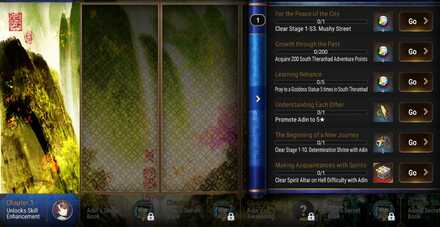 As the player progresses in the missions, Adin retrieves her hidden power.

Completing Awakened Adin's mission in each Chapter in Episode 4 awards the player with rewards.

Note: Adin's Secret Books are used to Memory Imprint her.

The detailed information on Element Alteration for Adin such as the steps to conduct it, the cost will be presented in a later notice.

A great conqueror who mastered both magic and swordsmanship. 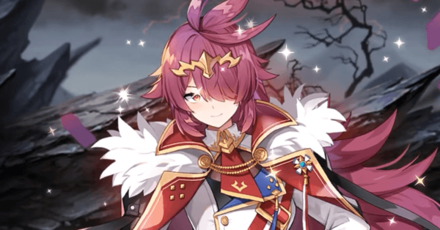 Ruler of the North who seeks revenge for her tribe. 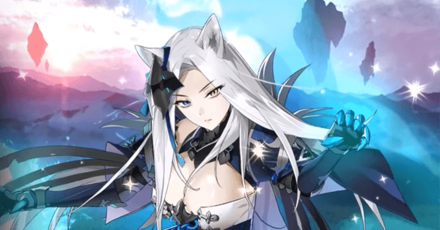 Players will be able to meet Peira through the Drop Rate Up Banner from January 27!
Peira - Rating and Stats

An object handed down in Peira's exterminated tribe. It contains the power of the previous chiefs, and is said to grant those who are able to complete the ceremony their power and spirit.

However, with most individuals, losing their sanity before completing the ceremony, there have been very few to actually take on the challenge. 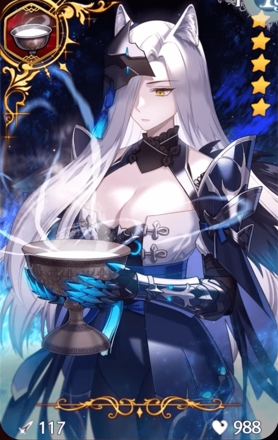 Players will be able to obtain the Goblet of Oath through the Drop Rate Up Banner from January 27!
Goblet of Oath - Rating and Stats

Read on below to find out more about the New 3★ Heroes!

New Exclusive Equipment for the 5★ Heroes Tenebria and Melissa, and the 4★ Hero Great Chief Khawana, will be added to the Hall of Trials Exchange.

Exclusive Equipment stats and skill effects will be applied randomly after the equipment has been purchased.

Players can also obtain the Ranger exclusive Artifact, Guiding Light, which grants the caster stealth at the start of the battle and the end of caster's turn. 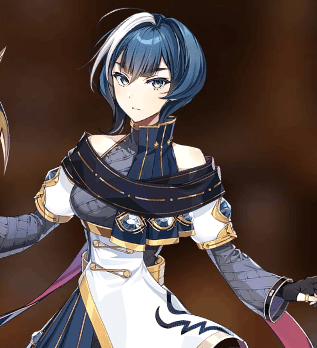 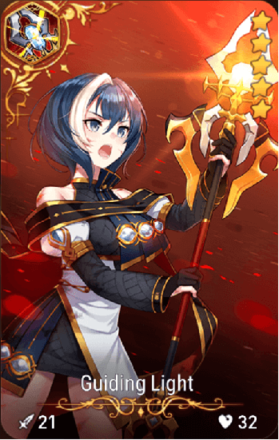 Charles & Justice for All

In this Drop Rate Up meet Charles, an Earth elemental Knight who is able to grant buffs to his allies as well as powerfully attack the enemy with chained attacks.

Players can also receive the Knight exclusive 5★ Artifact, Justice for All, which has a chance to grant the caster one random buff at the end of every turn. 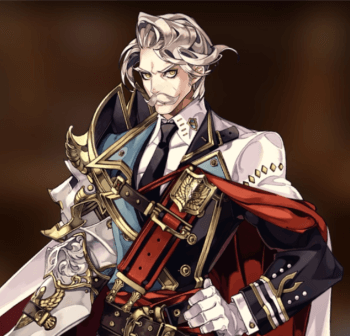 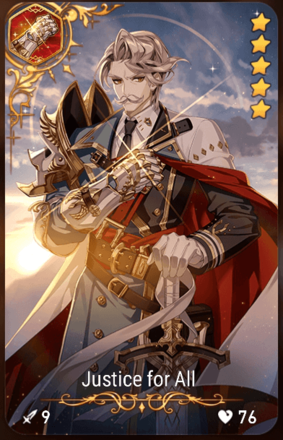 Justice for All - Rating and Stats

How to activate High-Definition Media Pack 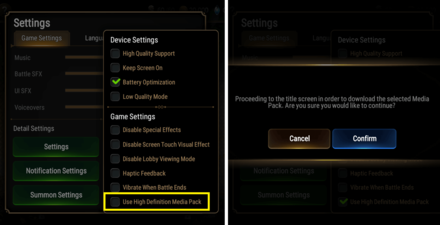 You will be redirected to the title screen and can reconnect after downloading the High-Quality Media Pack.

Post (0 Comments)
Opinions about an article or post go here.
Opinions about an article or post
We at Game8 thank you for your support.
In order for us to make the best articles possible, share your corrections, opinions, and thoughts about "Updates and Maintenance" with us!
When reporting a problem, please be as specific as possible in providing details such as what conditions the problem occurred under and what kind of effects it had.