In this article we teach players where are the best places to farm their fodder units in the game Epic Seven.

Best Place to Get Fodder

If the player has extra time and energy in the game, they can go to Chapter 3-1 in Adventure mode to get some fodder in the most energy efficient way. 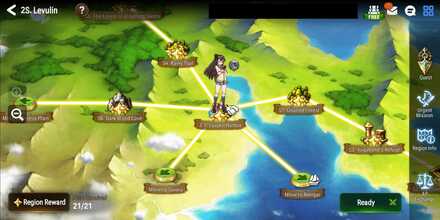 When entering Chapter 3-1 the player should teleport to the three exits towards the North and defeat all enemies in those exits. After defeating all three groups of enemies the player can exit through the third exit and they will get a chance to get 1-2 fodder units by spending only 2 energy. 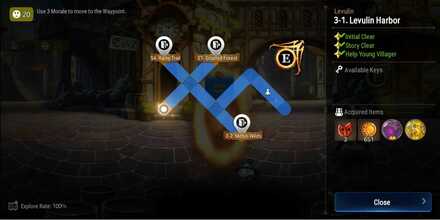 Player can do Friendship summons by buying Friendship bookmarks in the shop. The player may get Mega-Phantasmas, Penguins, 2★ Artifacts, and Level 5 fodder units.

Best Place to Level Up Fodder

Crack In the World

This is the fastest way to level up fodder units. Since this method is the fastest, it is also the most expensive way. Doing this will cost the player 40 Energy per run but it will give massive amounts of EXP for the fodder units. 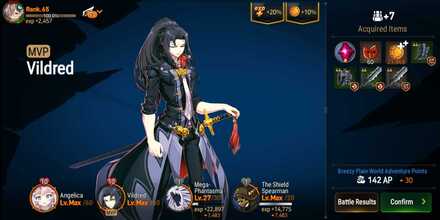 Another way of leveling fodder units is to bring them along while hunting for catalysts in Unrecorded History. Doing this saves the player a lot of time and energy since they are farming two things that a hero needs in one action.

Register as a member and get all the information you want. (It's free!)
Login
Opinions about an article or post go here.
Opinions about an article or post
We at Game8 thank you for your support.
In order for us to make the best articles possible, share your corrections, opinions, and thoughts about "Best Places to Farm Fodder" with us!
When reporting a problem, please be as specific as possible in providing details such as what conditions the problem occurred under and what kind of effects it had.