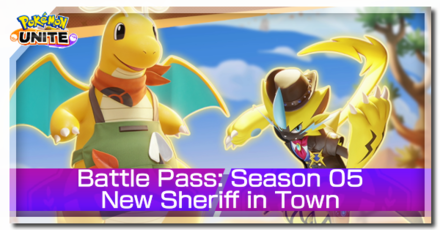 It ran for 43 days followed by Season 6 immediately after.

Season 5 Battle Pass: Is It Worth It? 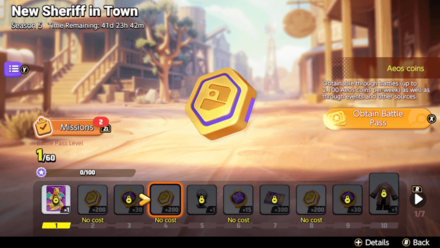 The free version of the battle pass gives a total of 900 Aeos Tickets and 255 Item Enhancers, and for the first time UNITE has included 1000 Aeos Coins.

Buying the Battle Pass will give you an additional 4500 Aeos Tickets, 210 Item Enhancers.

In the course of multiple Battle Pass seasons, Pokemon UNITE has made their battle pass a worthy investment.

The addition of Aeos Coins make this Battle Pass pretty worth it to prioritize and the sheer number of additional Aeos Tickets is a worthy reward for subscribing to premium.

Also, if you're a fan of either Dragonite or Zeraora, you might want to consider buying it! Zeraora especially has some unique animation changes to their KO animation and the teleport function! 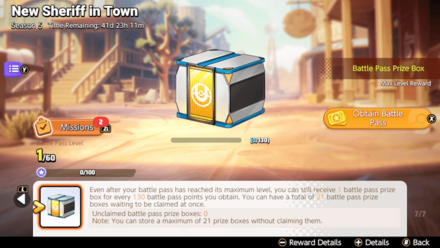 Daily missions are reset every day at 12:00AM UTC / 11:00PM PST. This will end the missions from the previous day.

Missions are reset every Monday at 12:00AM UTC. This will end the missions from the previous week, but rewards for completed missions can still be claimed.

The following are mission types and their rewards for the seventh week of Season 05:

A new set of missions called Special Missions was added in Update 1.4.1.2! The missions here provide a lot of Battle Pass points which can be passively done simply by playing the game.

In order for us to make the best articles possible, share your corrections, opinions, and thoughts about 「Season 5 Battle Pass: List of Rewards | Pokemon UNITE」 with us!