Game8's Final Fantasy VII Remake Guide & Walkthrough wiki will be publishing game guides, information and more at lightning speed starting at 12:00 AM on April 10th, 2020. If you're planning on buying FF7 Remake, go ahead and smash that Bookmark button on the front page to get the full scoop!

This is a review of the Demo version of FF7 Remake. We've written our thoughts after exploring the nooks and crannies of the Demo. Should you buy the full game? Read on to find out.

Our Rating of the FF7 Remake Demo

What We Liked About the FF7 Remake Demo 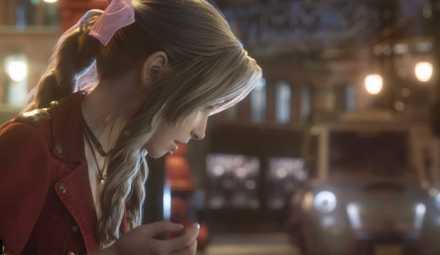 The best part of FF7 Remake is without a doubt, the graphical improvements compared to the original FF7.

Characters which were once constructed only of polygons have, thanks to modern technology, transformed into almost-real faces. Playing this game feels like being able to directly control the characters that appeared in the film FF7 Advent Children, a feat which would never have been possible in games at the time.

Characters like enemies and bosses have also been revamped, to become much more fearsome than they appeared in the original game.

Comparison of the opening scenes of FF7 and FF7 Remake

The battles are fun 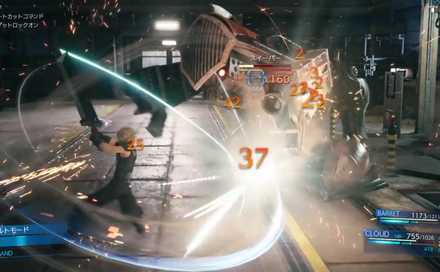 A far cry from the original game, the battles in FF7 Remake are action packed, with the characters attacking each other in real-time with a sense of urgency in every battle. On the other hand, controlling the characters is easy enough, allowing players to simply mash the attack button to create combos smoothly.

Also, when attacking enmies repeatedly, the enemies will fall into a Staggered state, removing their defenses and allowing the player to temporarily inflict massive damage. This keeps the player on their toes and keeps them from falling into a tedious rhythm.

The characters talk... a lot 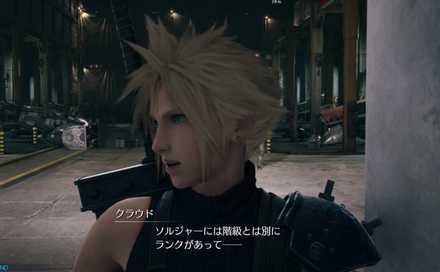 One aspect we can't leave out when discussing FF7 Remake is the addition of voices to the game. Characters will even talk and shout out during battle, making you feel even more attached to the characters you fell in love with in the original game.

In particular, Barret is a character who looks tough and scary, but his repeated interjections and jests throughout the game make him quickly lovable to players.

What We Didn't Like About the FF7 Remake Demo

Classic Mode isn't quite all there 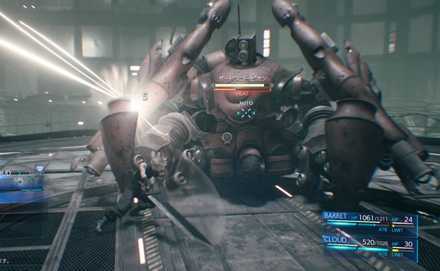 The Classic Mode takes the action out of the game, allowing characters to move around automatically and allowing the player to focus on the command buttons. It seems like it could be a good setting, but it doesn't automatically target enemy's weak points. Also, the difficulty mode is locked on the Easy setting, making the enemies feel like pushovers. We're hoping this is a feature that will be improved in the final version.

Normal Mode is a little tough 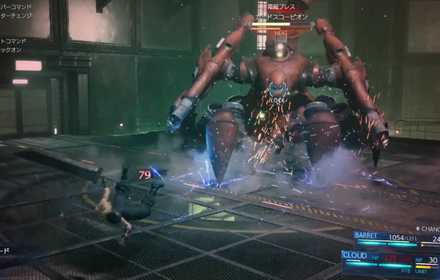 When playing on Normal mode, we felt that many of the enemies were quite tough. In particular, the boss Scorpion Sentinel is powerful both offensively and defensively, and first-timers are going to be in for a hard fight no matter what. For players who are unused to action games, this difficulty setting seems a bit steep.

Fortunately, for those who find Normal mode to be overly challenging, you can change to Easy mode at any time from the game's Options menu. 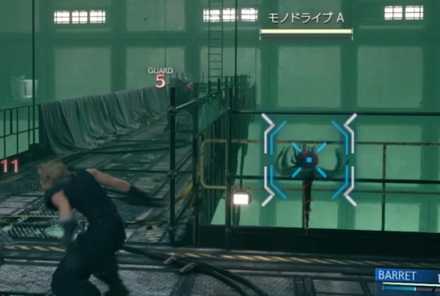 There is a system to lock on to enemies during battle, but it's surprisingly difficult to use. When the opponent moves quickly, or you move while trying to lock on to the opponent, the camera doesn't move smoothly to match the lock-on. And when you try to adjust the camera to get a better view, it instead changes the lock-on target. We're just hoping they work out some of these kinks in the final version. 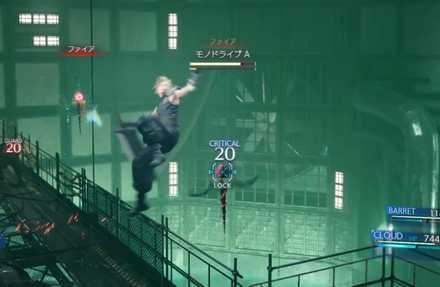 In a game focused on action, it seems a bit of shame that jumping was left out of the control scheme. On the other hand, this may be a specific choice on the side of the developers to try to mix the styles of action games and command-oriented games.

It seems that the issue is resolved by simply having Cloud jump automatically when attacking an out-of-reach enemy. 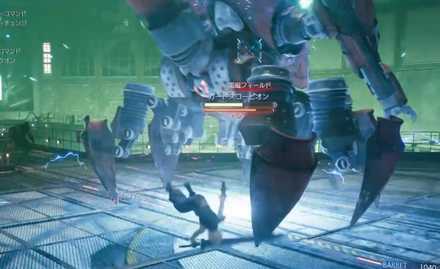 The evasion command used in battle allows you to make distance between yourself and an opponent, but it doesn't do much as for actually dodging attacks. Missiles, lasers and more will run ramshod over you when trying to evade with a roll. It seems that a few more invincibility frames couldn't hurt, and we're hoping to see changes in this vein in the version of the game we're excited to have in our hands on April 10th this year. Stay tuned for our updated review and rating for the final game!

Interesting to hear that Normal Mode is on the tough side of things, maybe they should call it a hard mode instead and make easy the default?

Register as a member and get all the information you want. (It's free!)
Login
Opinions about an article or post go here.
Opinions about an article or post
We at Game8 thank you for your support.
In order for us to make the best articles possible, share your corrections, opinions, and thoughts about "Demo Review and Rating" with us!
When reporting a problem, please be as specific as possible in providing details such as what conditions the problem occurred under and what kind of effects it had.