★The Book of Memories! A Small Miracle

This article will guide you on how to clear the Labyrinth content Great Farche Labyrinth for the game Epic Seven. Read on for more information on Boss and Chest Location. 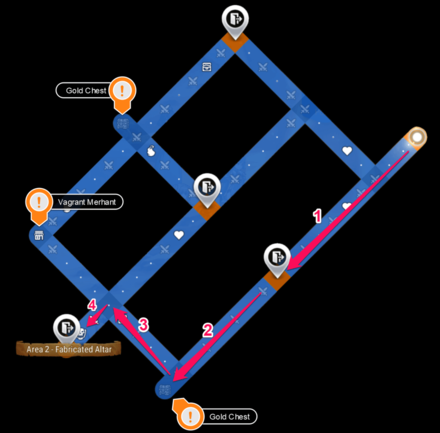 Move forward to West until you reach the first checkpoint. You can go camping here or still move forward if your team morale can still manage.

Continuin forward, you will encoounter a crossraod. You can go camping here since your team will have a low morale now when entering this part. You can go west to pick up the Gold Chest.

Encountering the other crossroad in this part you will need to camp here now if you still haven't used your Camp.

Before battling the boss, you will encounter first an Elite monster then after defeating that you will now battle Mirsa. 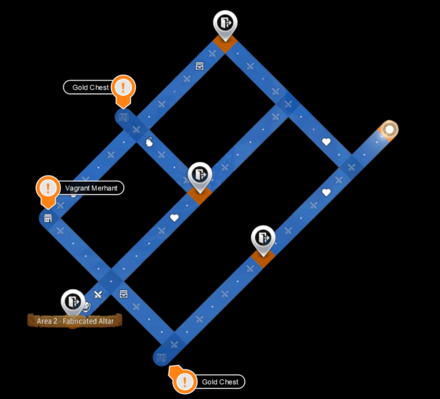 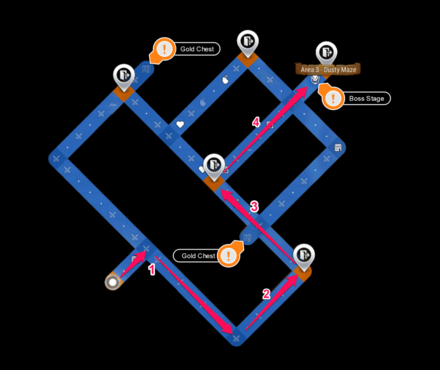 Move forward then go East until you reach the second crossroad,, then go North to reach the first checkpoint.

After reaching the first checkpoint, moving forward you will reach a crossroad then go South you can open one of the Gold Chest on the map. Continue heading West unti the second checkpoint. You will need to Camp on this checkpoint because for the next part you will now encounter the boss.

Head towards North until you reach the boss Dark Corvus. After defeating the boss you can now enter the Zone 3. 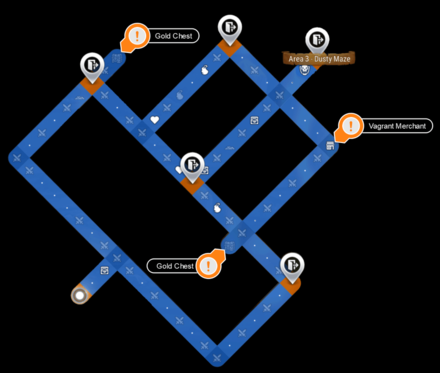 The other Gold Chest will be available on the upper part of the map and the Vagrant Merchant is near the first Gold Chest that you will obtain. Before reaching the 2nd gold chest you will encounter an Elite monster. 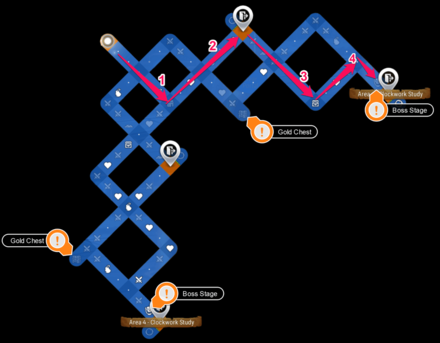 Cointue heading East because you will encounter less battles When you follow the recommended route.

Moving forward you will encounter the boss Banshee Queen Sodalite, we recommended this route because this boss is much easier than facing the other boss, It will be like doing a Banshee Hunt on this stage. 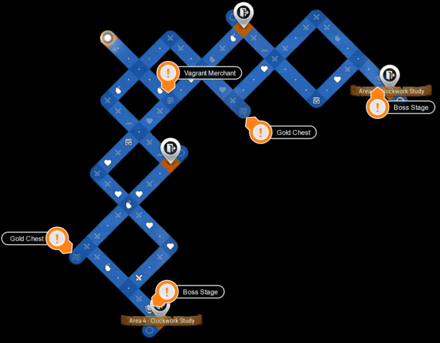 Coming back to finish the rest of this map will take you a lot of Labyrinth Compass to 100% explore. The other boss that you will encounter will be the Burning Eye Lich which is harder than the Banshee Queen. Also, the other Gold Chest can be picked up from the other side of the main route. 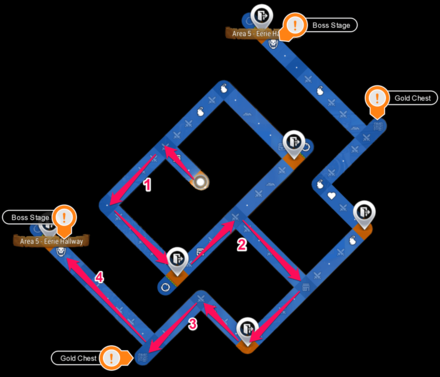 Continuine on the main route you will encounter the first Gold Chest that can be obtained on this map then you proceed forwrard until you reach the Boss Stage.

The Boss that you will encounter is going to be General Purrgis, he will summon an army if he uses his ultimate but it can be clean up by using Arky making this stage a lot easier compared to Wanderer Silk. 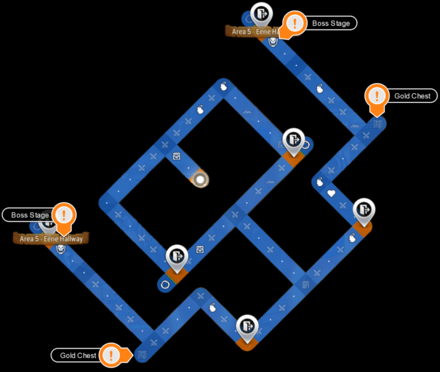 For the optional route, the boss that you will encounter here is going to be Wanderer Silk and Gold Chest at the other part of the Labyrinth map. 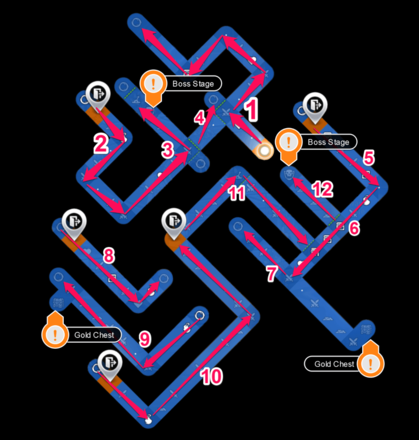 Move forward then head East, you can't go to other directions since it will be locked. each the fa end of the map and you will encounter a Warp Portal

After entering the Warp Portal you will now reach the first checkpoint then continue moving forwards until you encounter the boss Shadow Rose. Be careful when facing this boss especially when she activates her shadow. You will need a good healer and cleanser to face her. When you finally defeated the boss there will be a Lever and Warp Portal ahead interact with it and you will go back to the beginning.

Reaching the second checkpoint, continue moving forward until you reach another Warp Portal.

Another checkpoint will appear and you can rest and continue again. Move forward on this pace till the far end and you will see another Warp Portal.

Continue moving forward and you can also obtain one of the Gold Chest in the area, at the far end of this area you will encounter another Warp Portal.

Exiting the checkpoint continue moving forward and you will encounter a crossroad and a lever to open the remaining locked areas. After interacting with the lever, move forward and go to the unlocked area.

The last unlocked area will have the last boss It will be recommended to use your camp here and have a high morale team. You will encounter Celestial Mercedes on this part, bring a cleanser and healer to sustain your team. 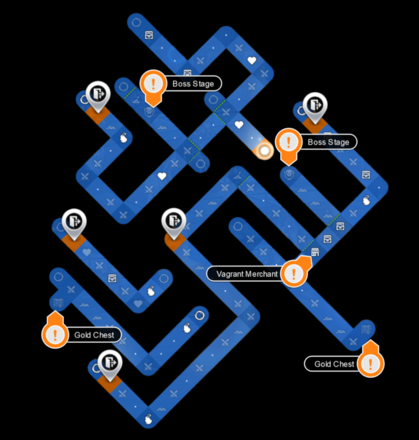 Since this map is almost complete especially when exploring this zone the other Gold Chest will be available before reching the third checkpoint.

To raise team morale, you can do the Camp simulator where you can raise your team morale by having the perfect conversation. You can check each hero conversation to check if it can raise the the team's morale.

Register as a member and get all the information you want. (It's free!)
Login
Opinions about an article or post go here.
Opinions about an article or post
We at Game8 thank you for your support.
In order for us to make the best articles possible, share your corrections, opinions, and thoughts about "Great Farche Labyrinth" with us!
When reporting a problem, please be as specific as possible in providing details such as what conditions the problem occurred under and what kind of effects it had.