This page will show you all about Buzz, a character in Brawl Stars. Read on to learn Buzz's stats, attacks, gadgets, star powers, best maps, skins, and how to use Buzz!

This page will show you all about Buzz, a character in Brawl Stars. Read on to learn Buzz's stats, attacks, gadgets, star powers, best maps, skins, and how to use Buzz!

Note: This is the stat of Buzz Off at Power Level 1.

Buzz throws out his torpedo buoy. If it hits an opponent or a wall, Buzz hauls himself over there, stunning nearby opponents where he lands.

Note: This is the stat of Torpedo Throw at Power Level 1.

How to Use Buzz 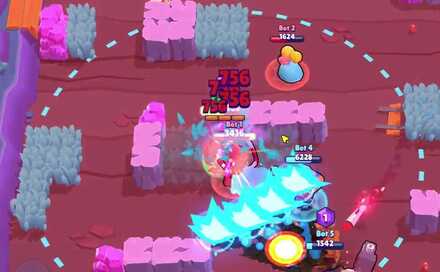 Buzz is a strong melee character and he's best when he's close to enemies. He can easily kill them using all of his attack charges. It will also make his Super Charge fast because of his unique passive skill, which charges his Super when enemies are inside the circle around him. 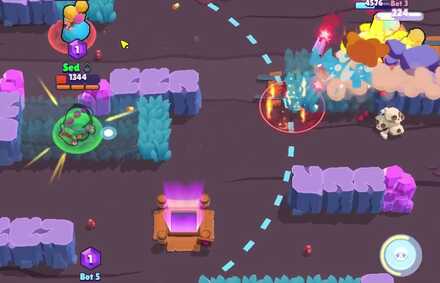 Buzz has a special trait that lets him charge his Super's gauge, whenever enemies are inside the radius (dotted circle). You can also know if there are enemies inside bushes if the Super gauge goes up when you're near. 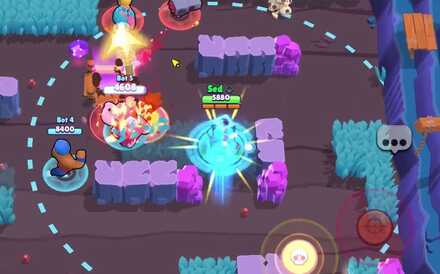 Buzz's Reserve Buoy Gadget is great to use when going in or out of the battle. It charges up his Super and can be used instantly. However, the stun effect of his Super will be removed if this Gadget is activated. 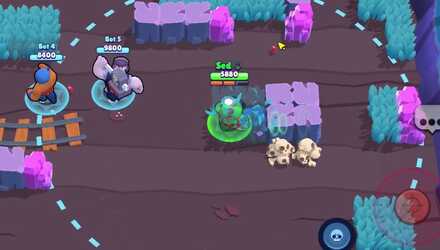 You can increase the stun of Buzz's Super to 2 seconds if you are using his Tougher Torpedo star power. The duration looks a bit underwhelming, but 2 seconds is more than enough for Buzz and his teammate to kill an enemy for that amount of time.

His other star power, Eyes Sharp, will increase his Super's charging area. It can help him charge his Super, even if the enemies are far from him.

Register as a member and get all the information you want. (It's free!)
Login
Opinions about an article or post go here.
Opinions about an article or post
We at Game8 thank you for your support.
In order for us to make the best articles possible, share your corrections, opinions, and thoughts about "Buzz Stats, Skills, and Skins" with us!
When reporting a problem, please be as specific as possible in providing details such as what conditions the problem occurred under and what kind of effects it had.