This page will show you all about Dynamike, a character in Brawl Stars. Read on to learn Dynamike's stats, attacks, gadgets, star powers, skins, best maps, and how to use him!

This page will show you all about Dynamike, a character in Brawl Stars. Read on to learn Dynamike's stats, attacks, gadgets, star powers, skins, best maps, and how to use him!

Mike tosses two sticks of dynamite, passing over any obstacles in the way. The fuses are cut as short as Mike's explosive temper!

Note: This is the stat of Short Fuse at Power Level 1.

A big-bada-barrel of dynamite blows up cover. Any surviving enemies get knocked back on impact!

Note: This is the stat of Big Barrel O' Boom at Power Level 1.

How to Use Dynamike 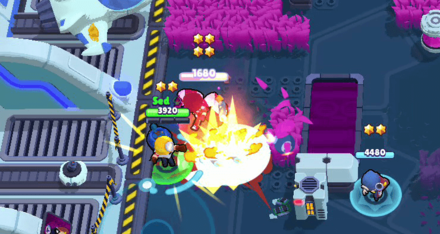 Dynamike's attacks have a delay before exploding. It is necessary to predict your enemies' movements and adjust your attacks to damage them. Also, be mindful of each Brawlers' movement speed, as it can help you hit them more accurately!

Dynamike is a Thrower Brawler, and walls meant nothing to all of his attacks. Use them to hit your opponents without getting hit back. Just be careful doing that, for there are also Brawlers that can do the same! 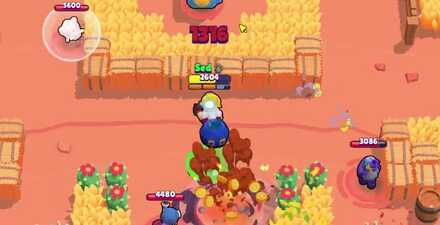 Choose from any of Dynamike's Gadget based on your playstyle to help you out in battle. Fidget Spinner is a good gadget to defend yourself as it give a bit speed boost to Dynamike and it also throws sticks of dynamites around him. Snatchel Charge is good for setting up an attack for your team because of its stun. 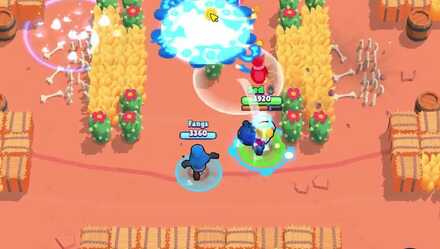 Mobility-wise, Dynamike's Dyna-Jump is the best Star Power for him. It lets him jump around the map if he is hit by his attack. It can even help him go over walls. But if you want to deal more damage, it is better to have the Demolition Star Power to increase his Super damage. It also can kill almost all low HP brawlers.

In order for us to make the best articles possible, share your corrections, opinions, and thoughts about 「Dynamike Stats, Skills, and Skins | Brawl Stars」 with us!