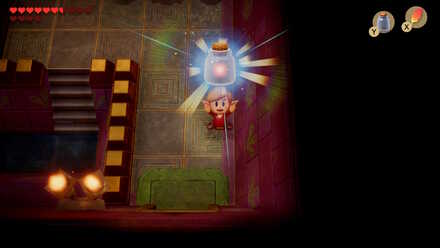 This is a guide for finding all of the Empty Bottles available in The Legend of Zelda: Link's Awakening (Remake) for the Nintendo Switch. Read on to see the locations for each Empty Bottle and how to obtain them.

What are Empty Bottles?

Empty Bottles (Aka: Fairy Bottles) are an item used to hold faires that you can release later on to restore Hearts. A fairy stored in a bottle will revive you automatically when you run out of hearts, much like Secret Medicine, making them very useful for staying alive. There are a total of 3 Empty Bottles that you can find in Koholint Island.

How to Use Bottles

Simply equip an empty bottle to X or Y. When you see a fairy, which is often dropped by Mini-Bosses or found in Great Fairy Fountains, approach it and press the button you have it set to to capture it! Pressing the button again after catching a fairy will release it, allowing you to recover some hearts, but they will also come out and revive you automatically if you run out of hearts in battle. 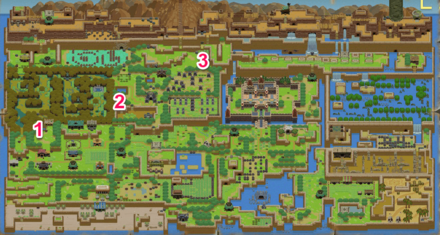 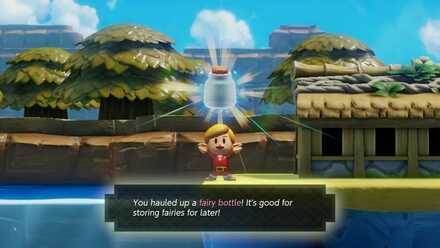 Location: Fishing Pond
Bottle #1 can be received from the Fishing Pond Mini-Game. To obtain it, you will need cast your pole near the bottle hiding behind the seaweed at the bottom of the pond. After hooking it, be careful reeling it in, as other fish that see it moving may try and knock it off, which will make you have to pay 10 rupees to retry.

If the bottle is knocked off, it will sink in place, bringing it closer to the side you are fishing from. Be sure and reel while nearby fish are turned away, and pull quickly to keep it out of their sights. 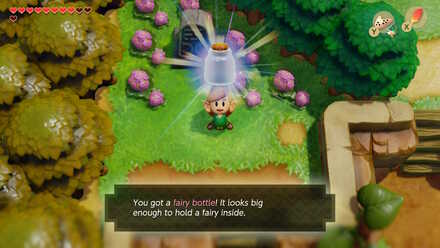 Location: Cemetary
Can be received by helping the Ghost who shows up and follows you after completing Angler's Tunnel. First take him to his house in Martha's Bay, just east of Toronbo Shores. After walking into the abandoned house, he wishes to return to his grave.

Warp to Ukuku Prairie, then head up the ladder. The ghost mentions that it wants to return to the grave with the flowers. This can be found in the far west section of the graveyard, just south of the witch's hut. The ghost will finally find peace, rewarding you with Bottle #2. 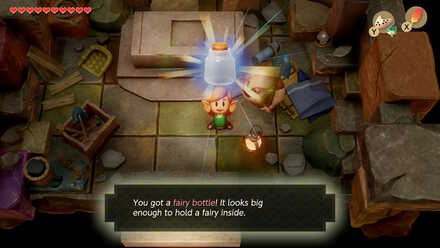 Location: Chamber Dungeon
Bottle #3 can be claimed after finishing the 10th Chamber Dungeon titled 'Heart Storage'. You will be required to finish the whole dungeon while being restricted to only having 3 hearts.

For this challenge, the Blue Mail, as well as Secret Medicine and the other two fairy bottles will come in extremely useful.

Register as a member and get all the information you want. (It's free!)
Login
Opinions about an article or post go here.
Opinions about an article or post
We at Game8 thank you for your support.
In order for us to make the best articles possible, share your corrections, opinions, and thoughts about "Empty Bottle Guide and Locations" with us!
When reporting a problem, please be as specific as possible in providing details such as what conditions the problem occurred under and what kind of effects it had.