How to Unlock the Hylian Blacksmith Guild | Hyrule Warriors: Age of Calamity 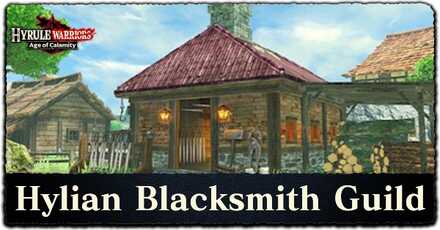 How to Unlock Hylian Blacksmith Guild

How to Complete Brawny Blacksmiths

Eventually, you will start to accumulate Rusty Weapons. Completing the quest From Rusty to Trusty will allow you to upgrade the Blacksmith so that you can de-rust these weapons and make them your own!

How to Complete From Rusty to Trusty 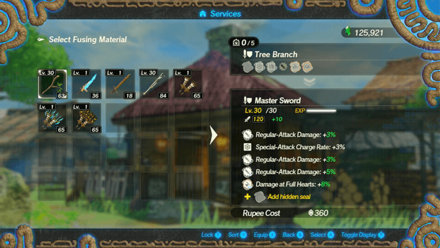 Unlocking the Hylian Blacksmith gives you the ability to fuse weapons, which lets you transfer bonuses and increase that weapon's strength. 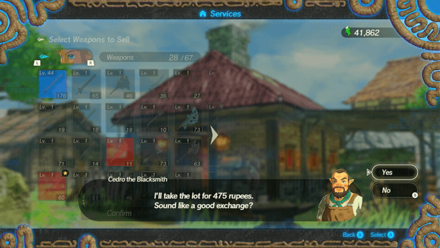 In addition, the Hylian Blacksmith will buy back your unused weapons. While fusing is usually the better option, certain weapons have a bonus on them that allows you to earn more rupees when selling them, so selling them here is great for farming rupees.

Rupee Farming Guide: How to Get Rupees (Money) Fast 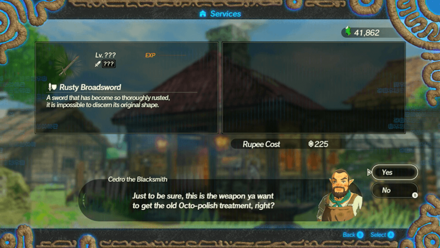 After upgrading the Blacksmith via the quest: From Rusty to Trusty, you will gain the ability to de-rust any rusty weapons in your inventory. These can sometimes be rather powerful weapons, so its useful to upgrade the Hylian Blacksmith Guild as soon as you can!

What to Do With Rusty Weapons 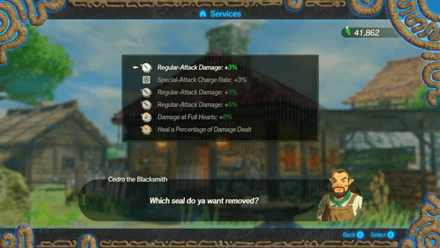 After completing the quests: Secret of the Rito Artisans and Caring for the Statues, you gain the ability to remove all weapon seals or a chosen weapon seal respectively. This comes in handy as matching the same seal shape gives additional bonuses to weapon damage and effects from the seals.

How to Unlock All Services

In order for us to make the best articles possible, share your corrections, opinions, and thoughts about 「How to Unlock the Hylian Blacksmith Guild | Hyrule Warriors: Age of Calamity」 with us!