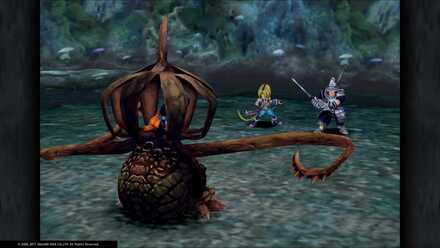 Your first real boss in the game. A unique boss battle in that you also need to watch out for Garnet's HP, as she is trapped inside the enemy.

Prison Cage will use left or right tentacle, depending on his target. It will also use drain to suck some HP from Garnet.

Immediately use Zidane's Free Energy (not Tidal Wave, or it will kill Garnet) and target Prison Cage. Do this two or three times, depending on whetther or not Prison Cage drained HP from Garnet. Have Steiner use potions on Garnet if her HP reaches critical levels.

Register as a member and get all the information you want. (It's free!)
Login
Opinions about an article or post go here.
Opinions about an article or post
We at Game8 thank you for your support.
In order for us to make the best articles possible, share your corrections, opinions, and thoughts about "How to Beat Prison Cage (Garnet)" with us!
When reporting a problem, please be as specific as possible in providing details such as what conditions the problem occurred under and what kind of effects it had.