Will the Release Date be Delayed? | FF7 Remake

Game8's Final Fantasy VII Remake Guide & Walkthrough wiki will be publishing game guides, information and more at lightning speed starting at 12:00 AM on April 10th, 2020. If you're planning on buying FF7 Remake, go ahead and smash that Bookmark button on the front page to get the full scoop!

The hotly-anticipated game FF7 Remake is scheduled for release on April 10th, 2020. Read on to find out whether the release date will potentially be delayed again.

FF7 Remake has a Release Date of April 10th

Originally, the release date was set as March 3rd, 2020, a date first shown in the A Symphonic Reunion trailer on June 9th, 2019.

Now, as the Release Date approaches ever closer, fans are wondering: is it possible that the release will be delayed again?

Will the Release Date be Delayed? 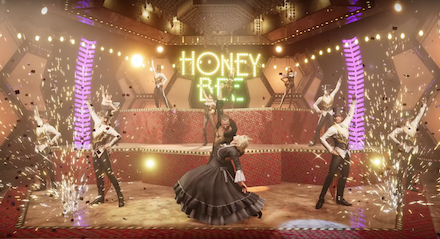 On Friday, January 31st, fans were rewarded for their patience with the thrilling Theme Song Trailer, packed with four minutes of detailed story sequences. We're happy to say that the game looks more complete than ever before, giving viewers a strong sense of confidence in the new release date.

On the other hand, the lack of combat and player-controlled scenes in the trailer may concern some fans. Although the playable demo released at E3 last year was highly lauded, it's already been eight months since then. How have the combat and physics systems of the game developed since then? The new trailer doesn't give much in the way of answers to these questions.

That said, based on what we have seen in trailers so far, the essential elements of combat are already complete. Boss fights which are presumably found near the end of the game, such as a battle with JENOVA, which didn't appear at this point in the story in the original, seem to be already reaching completion.

Based on what we've seen so far of the game, it appears that the release date of April 10th, 2020 will not change. As most of the main story elements and battles have been shown in trailers already, it's safe to assume most major aspects of gameplay are nearing completion.

It remains to be seen if the more subtle aspects of gameplay, and issues such as bug testing, are going according to schedule. However, unlike the original FF7, which had its share of bugs, this time Square Enix has the option to patch the game after release to fix any remaining issues. So we think it's fair to say that the game release will proceed as planned on April 10th, 2020.

Register as a member and get all the information you want. (It's free!)
Login
Opinions about an article or post go here.
Opinions about an article or post
We at Game8 thank you for your support.
In order for us to make the best articles possible, share your corrections, opinions, and thoughts about "Will the Release Date be Delayed?" with us!
When reporting a problem, please be as specific as possible in providing details such as what conditions the problem occurred under and what kind of effects it had.