This page will show you all about Squeak, a character in Brawl Stars. Read on to learn Squeak's stats, attacks, gadgets, star powers, skins, best maps, and how to use him!

This page will show you all about Squeak, a character in Brawl Stars. Read on to learn Squeak's stats, attacks, gadgets, star powers, skins, best maps, and how to use him!

Squeak's sticky blobs of goo are unstable, and blow up with a big splash and an ouch! They attach to any opponent that strays too near to a blob on the ground.

Note: This is the stat of Sticky Blomb at Power Level 1.

Squeak lobs a blob that, after a short delay, blows up with aplomb! The explosion of goo sends six smaller Sticky Blombs in all directions.

Note: This is the stat of Big Blob at Power Level 1.

How to Use Squeak

Look for a great cover 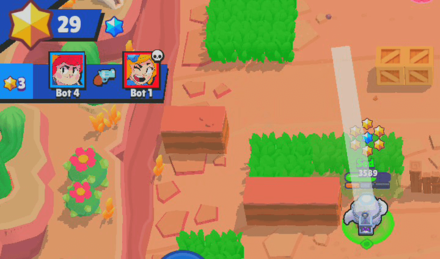 Squeak is similar to Mr. P's playstyle. Find a good cover that can protect you from attacks. You will be able to protect your spot without a problem, as you can hit enemies behind a wall as long as they're close to it. 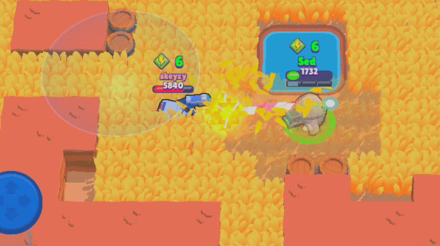 Squeak's reload speed is slow. Don't shoot unnecessarily, as you'll be defenseless if you don't have an attack charge left on you.

But remember, his attacks are great for checking out bushes. You can use at least one charge of your attack to see if enemies are planning for an ambush.

Good for controlling the map 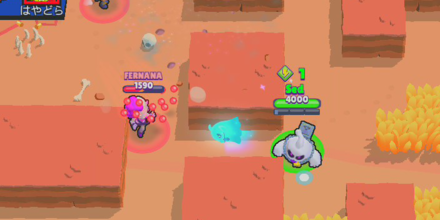 Squeak's Super and Normal attacks can hit enemies in a large radius, which is good for controlling some areas of the map. Your team will gain a tremendous advantage if you manage to keep them in check, so make sure to do so!

Use Windup Gadget to hit enemies from afar

Squeak's Windup Gagdet makes up for his lack of attack range. It doubles the distance of his next attack when used. It is good to use when an enemy is about to get out of his range!

Squeak'sChain Reaction Star Power increases his explosive goo for each enemy Brawler inside its range. It is a good Star Power if the map is full of walls, as it is easier to hit multiple enemies at once. 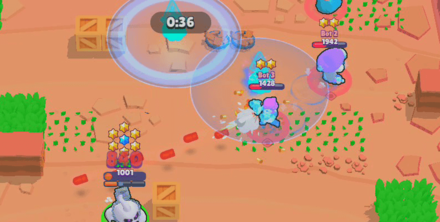 His Super Sticky Star Power gives slow to his Super's smaller goo from the explosion. It can help you hit your enemies much easier because of the slow!

In order for us to make the best articles possible, share your corrections, opinions, and thoughts about 「Squeak Stats, Skills, and Skins | Brawl Stars」 with us!