This page will show you all about Gene, a character in Brawl Stars. Read on to learn Gene's stats, attacks, gadgets, star powers, skins, best maps, and how to use him!

This page will show you all about Gene, a character in Brawl Stars. Read on to learn Gene's stats, attacks, gadgets, star powers, skins, best maps, and how to use him!

Gene shoots a solid ball of magical smoke from his lamp. If the ball doesn't hit a target, it splits up and spreads the damage in a cone.

Note: This is the stat of Smoke Blast at Power Level 1.

Gene launches a magical hand from his lamp.If the hand hits an enemy, they get pulled back to Gene's location!

Note: This is the stat of Magic Hand at Power Level 1.

How to Use Gene 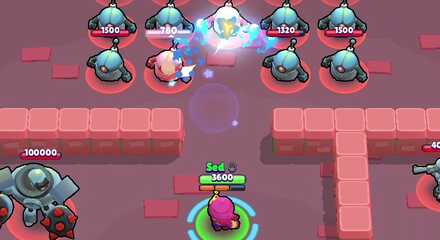 Always try to keep enemies away from your team when using Gene. His attacks can hit enemies on a long-distance and a wide area, which makes him fit the role of keeping enemies under control.

Gene's Super can grab all enemy hostile in the area as long as they're hit by his Super. Use his Super and target enemies with low health or the ones who are holding the objective. You can use the bushes to hide, so that enemies won't know when you're aiming his Super.

Use Lamp Blowout to knock back enemies 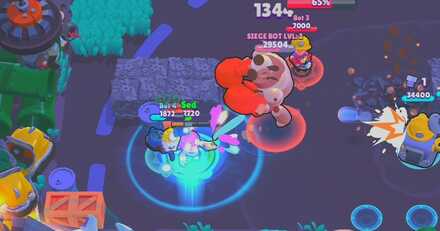 Gene has a defensive Gadget, which is the Lamp Blowout Gadget. It pushes back close by enemies, and it also heals him when used. This Gadget is best when used to enemies that are extremely strong at close-range fights.

Use Vengeful Spirit for additional damage 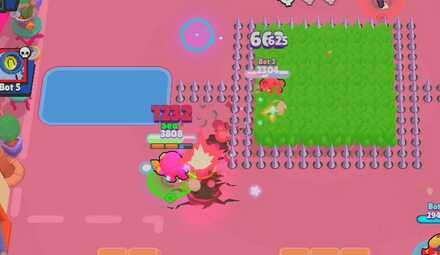 He also has another Gadget, and it is called the Vengeful Spirit Gadget. It's an offensive Gadget that homes in all enemies nearby, dealing up to 800 damage based on his distance to them. It is a good Gadget for landing the killing blow to low-health enemies! 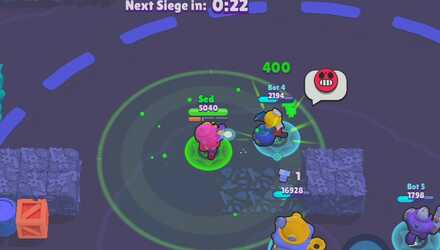 Stick to Gene's support role by using his Magic Puffs Star Power. It heals all damaged allies nearby for 400 health a second. It is great for backing up Heavyweight Brawlers if your team has to push towards your enemies. 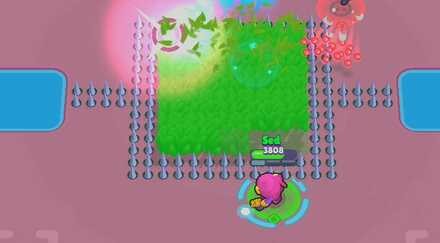 You can make Gene as strong as a Sharpshooter Brawler if you equip him with his Spirit Slap Star Power. It increases the damage of his Normal Attack whenever his Super is fully charged. You should use this Star Power if your current team doesn't have a high damage dealer.

In order for us to make the best articles possible, share your corrections, opinions, and thoughts about 「Gene Stats, Skills, and Skins | Brawl Stars」 with us!