This page will show you all about Rosa, a character in Brawl Stars. Read on to learn Rosa's stats, attacks, gadgets, star powers, skins, best maps, and how to use her!

This page will show you all about Rosa, a character in Brawl Stars. Read on to learn Rosa's stats, attacks, gadgets, star powers, skins, best maps, and how to use her!

Rosa throws a flurry of powerful punches with perfect technique!

Note: This is the stat of Hands of Stone at Power Level 1.

Rosa gets a second skin of tough vine for 3 seconds, decreasing all damage received by 70% for the duration.

Note: This is the stat of Strong Stuff at Power Level 1.

How to Use Rosa

Try to get close to your enemies using the covers in the area. Rosa has a very short range and will only be useful when she gets close to her enemies. 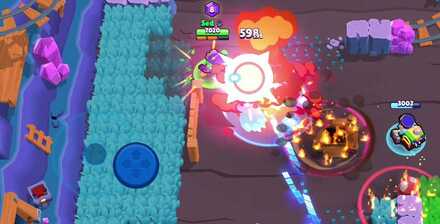 Rosa's other role in a match is to keep enemies in check. Get them away from your teammates by intercepting them or pressuring them in battle. You can also use your teammates as bait to ambush your enemies, but it is a risky move and is not advisable to use.

Activating Super will help you survive 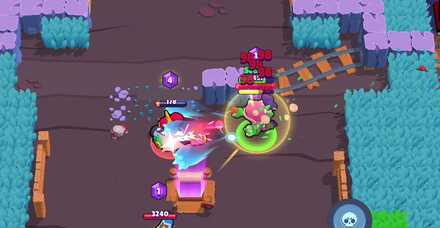 You will receive reduced damage when your Super is active. Use it when your HP drops at 50% or lower to get a higher chance of surviving a fight. You can also use it to block enemies' attacks and save your teammates without losing more health. 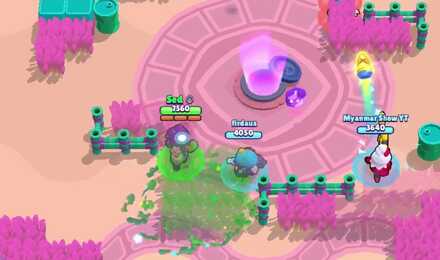 If you want to play aggressively, it is better to get the Unfriendly Bushes rather than the Grow Light, as it will let you know if enemies are hiding inside bushes while slowing them down. It works well with her Thorny Gloves Star Power.

Grow Light, however, helps you control some parts of the area as it will spawn bushes where Rosa's currently standing. Grow Light is a good partner for Rosa's Plant Life Star Power because it can heal her while hiding inside bushes.

In order for us to make the best articles possible, share your corrections, opinions, and thoughts about 「Rosa Stats, Skills, and Skins | Brawl Stars」 with us!