This page will show you all about Tara, a character in Brawl Stars. Read on to learn Tara's stats, attacks, gadgets, star powers, skins, best maps, and how to use her!

This page will show you all about Tara, a character in Brawl Stars. Read on to learn Tara's stats, attacks, gadgets, star powers, skins, best maps, and how to use her!

Tara flicks here wrist, snapping off three tarot cards that pierces through enemies. Quite a trick!

Note: This is the stat of Triple Tarot at Power Level 1.

Tara conjures up a mind-boggling gravity well! Enemies in the area of effect get pulled in, crashing together painfully hard.

Note: This is the stat of Gravity at Power Level 1.

How to Use Tara

Wait inside the bushes 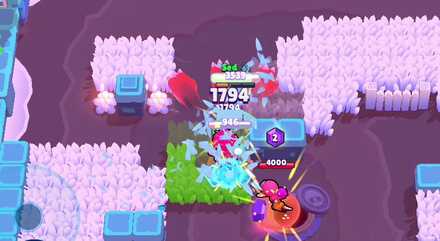 Most Brawlers will get killed if they got too close to Tara. The most effective way to get close to them is to camp on the covers on their side and wait for them. Her attacks pierce through them, so it also works even if they are more than two enemies getting close!

Pull in enemies with Super 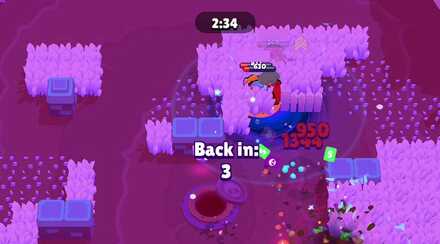 Don't hesitate to use Tara's Super, especially when enemies are near each other. Her Super will pull them in, and it will make it easier for your team to attack and kill them. 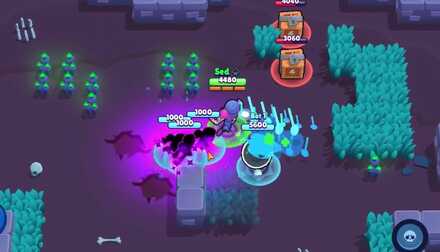 All of Tara's Gadget are both good offensively and defensively. You can prevent a sudden ambush and counter it by using her Psychic Enhancer Gadget. It gives the whole team a vision of the bushes on the map for a couple of seconds. And her Support From Beyond Gadget allows her to summon 3 Shadows that automatically hunt and attack enemies in the area. It can also be used to block the killing shot of an enemy, as the appearance of the shadows is instant. 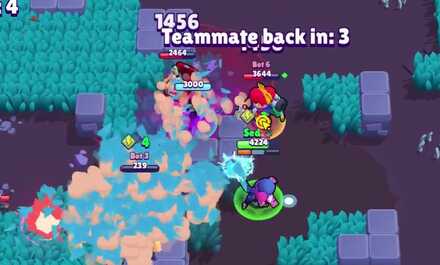 There are two paths you can take with Tara's Star Powers. You can add more to her arsenal if you choose to use her Black Portal Star Power. It summons a shadow that hunts down the closest enemies in the area when she uses her Super. You can provide a bit of support to your team when you use her Healing Blade Star Power. Just like the Black Portal, it also summons a shadow, but it heals allies instead of attacking.

In order for us to make the best articles possible, share your corrections, opinions, and thoughts about 「Tara Stats, Skills, and Skins | Brawl Stars」 with us!