This page will show you all about Brock, a character in Brawl Stars. Read on to learn Brock's stats, attacks, gadgets, star powers, skins, best maps, and how to use him!

This page will show you all about Brock, a character in Brawl Stars. Read on to learn Brock's stats, attacks, gadgets, star powers, skins, best maps, and how to use him!

Brock lets fly with a single Rockin' Rocker that really goes the distance.

Note: This is the stat of Rockin' Rocket at Power Level 1.

Brock fires a rocket barrage that takes out enemies and obstacles. He only wants to see you bathing in the Rocket Rain!

Note: This is the stat of Rocket Rain at Power Level 1.

How to Use Brock

Brock is more effective when attacking in from a distance because of his very long-range attacks and damage. It is also favorable for him as his health is not that high. Just make sure to aim your shot instead of quick-shooting to hit enemies accurately.

Brock can now fight multiple enemies because of the explosion and damage buff he got on the Season 8 Update. Take advantage of that and maintain a distance against enemies, so they will have a harder time closing in and killing Brock. 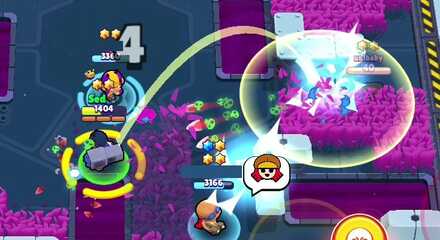 If enemies are making good use of their covers on their side, don't hesitate to destroy them using your Rocket Rain or Rocket Fuel. Just be careful not to destroy the covers on your team's side, as it will get you at a disadvantage! 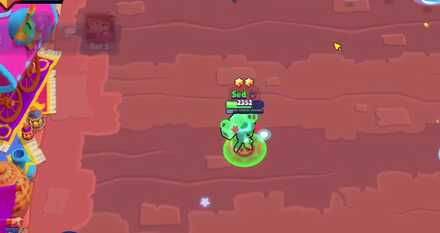 Pick any of Brock's Gadget, depending on your playstyle. If you want to play aggressively, his Rocket Fuel is the best choice, as it makes one of his Normal Attacks deal more damage and have a larger explosion radius. It can even be used to destroy walls! But if you are more of a defensive player, Rocket Laces is the Gadget you should pick. It knocks back enemies nearby, and he can go over a wall if used, giving him some space between his enemies. 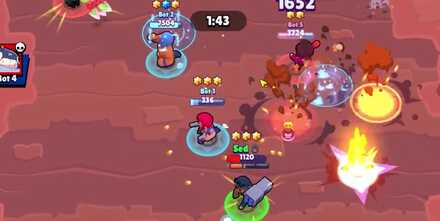 Brock's Star Powers are also good, depending on the map you're in. His Incendiary Star Power is excellent for controlling some parts of the area as it leaves a small fire on the ground that stays for a while. His Rocket No. 4 Star Power is useful on maps that only require you to kill enemies like Bounty Maps, for example.

In order for us to make the best articles possible, share your corrections, opinions, and thoughts about 「Brock Stats, Skills, and Skins | Brawl Stars」 with us!