This page will show you all about Shelly, a character in Brawl Stars. Read on to learn Shelly's stats, attacks, gadgets, star powers, skins, best maps, and how to use her!

This page will show you all about Shelly, a character in Brawl Stars. Read on to learn Shelly's stats, attacks, gadgets, star powers, skins, best maps, and how to use her!

Shelly's boomstick fires a wide spread of pellets to a medium range. The more pellets hit, the greater the damage.

Note: This is the stat of Buckshot at Power Level 1.

Shelly's Super Shell obliterates both cover and enemies. Any survivors get knocked back.

Note: This is the stat of Super Shell at Power Level 1.

How to Use Shelly 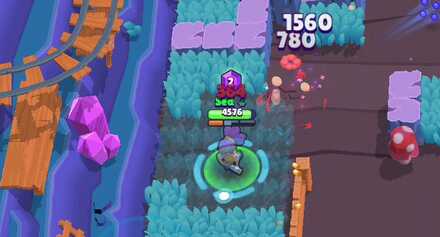 Shelly is strong on close-range fights, as her Normal Attack and Super can kill an enemy instantly. Make sure to get close to enemies, using walls and bushes or her Fast Forward Gadget if it's available.

Use Super to destroy covers 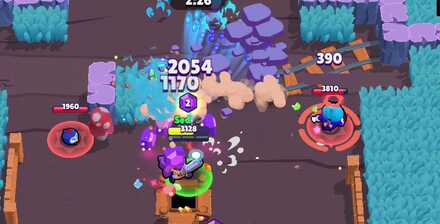 Use Shelly's Super to destroy covers on the enemies' side, especially if they're winning because of those covers. Just make sure not to hit the covers on your team's side when doing so, as it will get you at a disadvantage in battle. 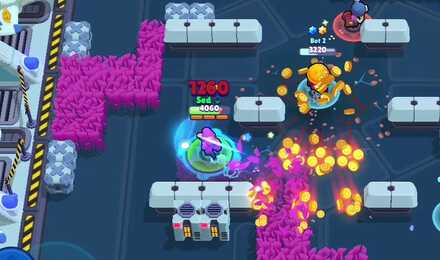 Shelly's Gadgets are all good for offense. Her Clay Pigeons Gadget makes one of her attacks have a longer range but will hit a less wide area. The Fast Forward Gadget is good at evading, getting close to enemies, or escaping them. Both are good for clutch plays, so make use of them well! 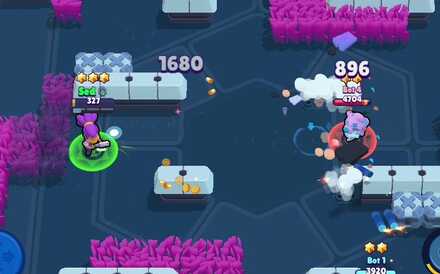 Both Shelly's Star Powers are helpful, so choose what is close to your playstyle, and increase your capabilities in a battle. The Band-aid Star Power can help Shelly survive a fight against enemies, for it heals her when her HP becomes low. And her Shell Shock is excellent support for her and the team, as it slows down enemies for a short while.

Register as a member and get all the information you want. (It's free!)
Login
Opinions about an article or post go here.
Opinions about an article or post
We at Game8 thank you for your support.
In order for us to make the best articles possible, share your corrections, opinions, and thoughts about "Shelly Stats, Skills, and Skins" with us!
When reporting a problem, please be as specific as possible in providing details such as what conditions the problem occurred under and what kind of effects it had.