This page will show you all about Bea, a character in Brawl Stars. Read on to learn Bea's stats, attacks, gadgets, star powers, skins, best maps, and how to use her!

This page will show you all about Bea, a character in Brawl Stars. Read on to learn Bea's stats, attacks, gadgets, star powers, skins, best maps, and how to use her!

Bea sends out a lon range shot that, upon landing, supercharges her next shot to deal epic damage!

Note: This is the stat of Big Sting at Power Level 1.

Bea deploys a swarm of drones that move and turn like jets. They slow down any opponents caught in their path.

Note: This is the stat of Iron Hive at Power Level 1.

How to Use Bea

Aim your shot from a distance 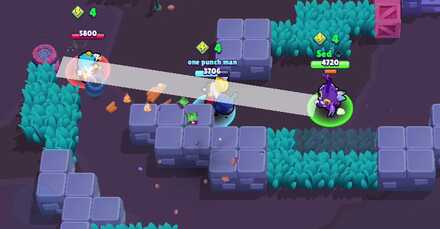 Shoot enemies from a distance and try not to get too close to them. Bea is one of the Brawlers with the lowest HP in the game, and getting near to most Brawlers will get her killed. 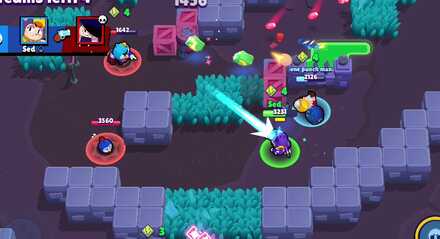 When Bea's Normal Attack hits opponents, her next shot will deal more damage to them. Be sure that it hits them, as it is Bea's killing shot and will most likely kill enemies with 50% health or lower. 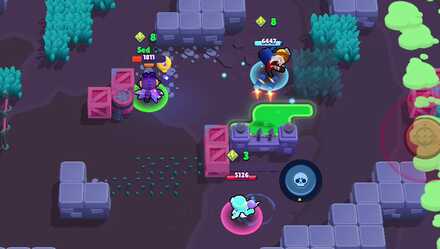 Don't hesitate to use your Super to slow down multiple enemies in range. Slowing enemies down can help your team to kill them faster. Just make sure not to over aggressively chase your enemies when they are affected by your Super, as they can still hit you back!

Bea's Gadgets are both helpful in any type of map. Her Honey Molasses can slow down enemies in range, but it is more of a defensive item than an offensive one. Her Rattled Hive is good for checking up bushes and damaging enemies behind walls.

Register as a member and get all the information you want. (It's free!)
Login
Opinions about an article or post go here.
Opinions about an article or post
We at Game8 thank you for your support.
In order for us to make the best articles possible, share your corrections, opinions, and thoughts about "Bea - Character Stats, Skills, and Skins" with us!
When reporting a problem, please be as specific as possible in providing details such as what conditions the problem occurred under and what kind of effects it had.