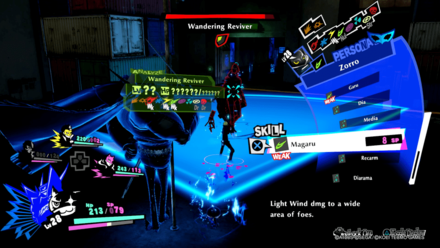 This is a guide on how to defeat the Wandering Reviver Dire Shadow in Okinawa Jail. Read on to find out its weaknesses, strengths, and the best characters to put in your party to defeat it! 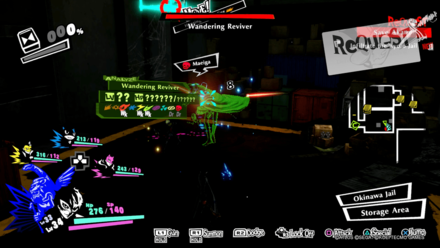 As the fourth Dire Shadow you may encounter if you're doing each Dire Shadow Jail by Jail, you may be tempted to go after it soon after you finish Okinawa Jail's arc. It is recommnded that you begin to tackle this opponent and all that proceeds it when you are at least in the Level 40+ range.

You may be tempted to swap Morgana for a better healer in Sophia. However, try to avoid this as you may need some of Morgana's Wind Affinity attacks. 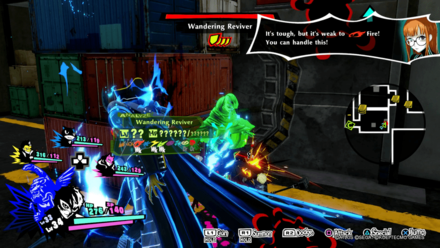 The Wandering Reviver is a pretty tricky opponent to fight against. It will seem that every time you cast a skill against it that doesn't break one of its barriers, it will automatically counterattack with a skill strike of its own that renders high amounts of damage against you.

As per usual, alternate between any of the suggested party members and have them continuously cast skills against it. Keep some of Morgana's SP in reserve for emergency heal situations.

Register as a member and get all the information you want. (It's free!)
Login
Opinions about an article or post go here.
Opinions about an article or post
We at Game8 thank you for your support.
In order for us to make the best articles possible, share your corrections, opinions, and thoughts about "Wandering Reviver Battle Guide | Dire Shadow" with us!
When reporting a problem, please be as specific as possible in providing details such as what conditions the problem occurred under and what kind of effects it had.