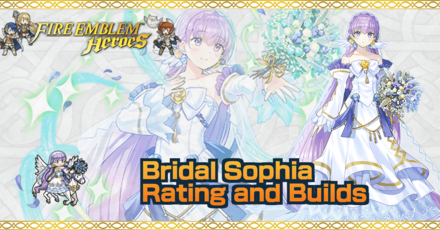 This is a ranking page for the hero Sophia - Prescient Bride from the game Fire Emblem Heroes (FEH). Read on to learn the best IVs (Individual Values), best builds (Inherit Skill), weapon refinement, stats at Lv 40, and more for Bridal Sophia. 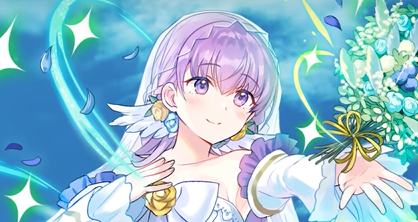 Bridal Sophia's best IVs are +Atk and -Spd. Her Atk is quite high and boosting it improves her performance as a big nuker with one-hit KO potential.

Her Spd is a clear dump stat and lowering it further will not change the result of her matchups, thus it is safe to take as a bane.

We recommend +Atk when merging Bridal Sophia up to +10 for similar reasons above. Atk is her most important stat and should be boosted as much as possible.

Bridal Sophia is a ranged magic attacker (range = 2). Therefore, when not accounting for the Weapon Triangle, the amount of damage he/she deals will be equivalent to his/her Atk minus the foe's Res stat.

Dragon Bouquet is an improved version of Rauðrraven+ 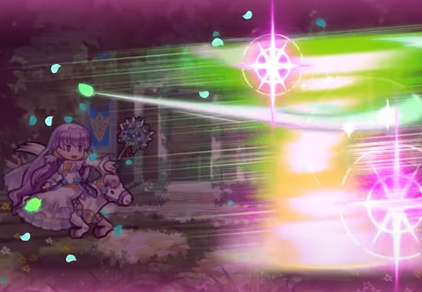 Bridal Sophia's Dragon Bouquet is an improved version of the inheritable Rauðrraven+.

In addition to the weapon triangle advantage it grants versus colorless foes, it also grants Atk+3, Atk/Spd/Def/Res+5 during combat, and a guaranteed follow-up attack.

One downside, however, is that most of these effects require Bridal Sophia to have HP ≥ 25%. This condition is very easy to meet and shouldn't be a problem most of the time.

Bridal Sophia has very good Def and Res stats for a mage unit at base 36 and 34 respectively. These help her survive attacks from enemy units, especially when her low Spd leads to her getting doubled often.

Dragon Bouquet's effects are only active when Bridal Sophia's HP ≥ 25%. If she falls below that, her powerful tome becomes a Bolganone+ with extra Atk.

While the HP condition is very easy to meet, it can be easy to forget at times, especially when relying on Bridal Sophia as a magic tank.

As a flying unit, Bridal Sophia takes 1.5x damage from bows and weapons effective on flying units. Be sure to keep them out of the range of archers and leave them to other units.

Sophia - Prescient Bride Only Appears as a 5 Star Hero!

Bridal Sophia as a Source Hero

Atk/Res Hold is unique to Bridal Sophia (as of May 2022), making it the most useful skill to inherit among these options.

How would you rate Bridal Sophia?

How to Get Bridal Sophia / Illustrations / Voice Actor / Quotes

How to Get Bridal Sophia

Bridal Sophia is a limited time Hero who can be pulled from a Special Heroes Summoning Event. They do not appear in regular summons.

Post (0 Comments)
Opinions about an article or post go here.
Opinions about an article or post
We at Game8 thank you for your support.
In order for us to make the best articles possible, share your corrections, opinions, and thoughts about "Bridal Sophia Builds and Best IVs" with us!
When reporting a problem, please be as specific as possible in providing details such as what conditions the problem occurred under and what kind of effects it had.