This page will show you all about Gale, a character in Brawl Stars. Read on to learn Gale's stats, attacks, gadgets, star powers, skins, best maps, and how to use him!

This page will show you all about Gale, a character in Brawl Stars. Read on to learn Gale's stats, attacks, gadgets, star powers, skins, best maps, and how to use him!

Gale blasts a large snow ball wall at his enemies.

Note: This is the stat of Polar Vortex at Power Level 1.

Gale delivers an almighty gust of wind and snow, pushing back all enemies caught in its path.

Note: This is the stat of Gale Force at Power Level 1.

How to use Gale 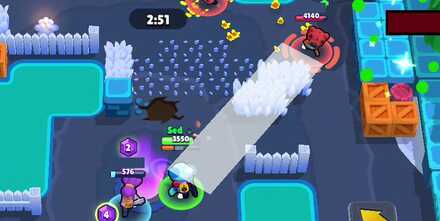 Even if Gale has a higher HP than most range Brawlers, it is still better to hit your enemies from a distance than trying to push your way through them. Also, Gale is more useful when you're trying to control the enemies' movements rather than trying to kill them forcibly. It will make it easier for your teammates to move around the map if you do that. 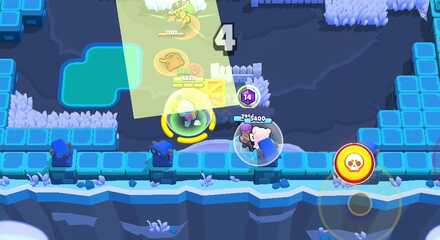 Gale's Super is much more effective to use when defending your team against enemies. He can knock them away from afar, and it will make it harder for your teammates when they're going on offense. 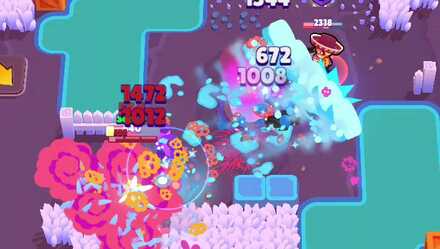 You can still use Gale's Super offensively, but it will be difficult. You'll need to find the right angle to push your enemies towards your teammates to defeat them. 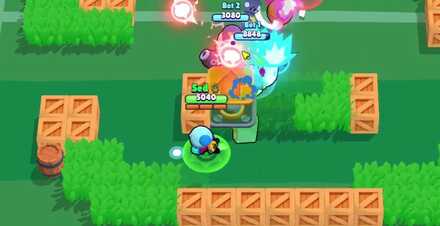 Gale has a new Gadget called Twister. It can block the path of the enemies for a short duration and deal a bit of damage. It is an excellent Gadget for keeping your enemies in place to reduce the areas they can cover! 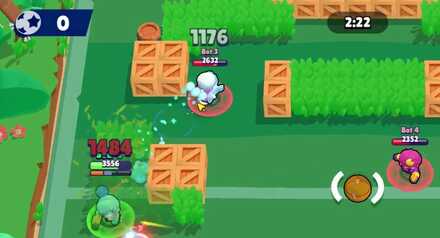 Both of Gale's Star Power enhance his support capabilities in a battle. The Blustery Blow Star Power stuns all enemies for a second when if they got pushed back in a wall by his Super. This Star Power will shine more if you equip it on a map with tons of walls. His Freezing Snow, on the other hand, slows down enemies hit by his Normal Attack. It can help Gale's teammates prevent enemies from escaping or getting them safe from the enemies.

Register as a member and get all the information you want. (It's free!)
Login
Opinions about an article or post go here.
Opinions about an article or post
We at Game8 thank you for your support.
In order for us to make the best articles possible, share your corrections, opinions, and thoughts about "Gale Stats, Skills, and Skins" with us!
When reporting a problem, please be as specific as possible in providing details such as what conditions the problem occurred under and what kind of effects it had.