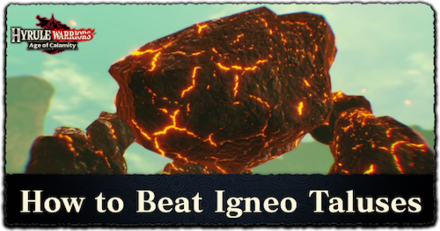 This page is about Igneo Taluses in Hyrule Warriors: Age of Calamity. Read on to learn about how to beat Igneo Taluses, their material drops, and which battles you can find them in.

How to Beat Igneo Talus 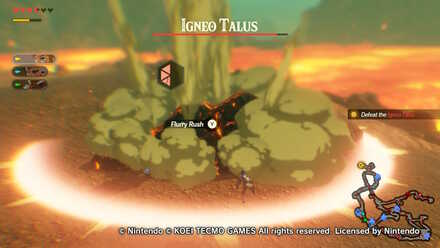 The Igneo Talus' body slam and rock throw are considered melee attacks, which means timing your dodge perfectly may let you perform a flurry rush. 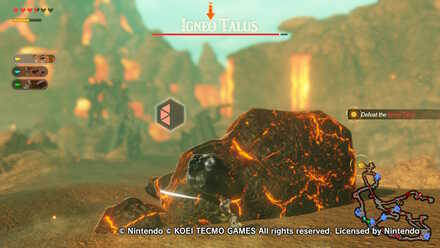 The ore deposit on top of the Talus is its weak-point. Wait until it performs a body slam before you smash the ore deposit.

You can also ride the Talus while it's down to attack the deposit but doing so will burn you and take damage over time.

Cripple It with Your Ice Rod

Since the Igneo Talus is a fire enemy, you can cripple it with your Ice Rod to weaken its weak-point gauge. Wait until the ore deposit is exposed to maximize each Ice Rod use.

Battles that Igneo Talus Appears in

Register as a member and get all the information you want. (It's free!)
Login
Opinions about an article or post go here.
Opinions about an article or post
We at Game8 thank you for your support.
In order for us to make the best articles possible, share your corrections, opinions, and thoughts about "How to Beat Igneo Taluses: Materials and Farming Locations" with us!
When reporting a problem, please be as specific as possible in providing details such as what conditions the problem occurred under and what kind of effects it had.