This page will show you all about Jessie, a character in Brawl Stars. Read on to learn Jessie's stats, attacks, gadgets, star powers, skins, best maps, and how to use her!

This page will show you all about Jessie, a character in Brawl Stars. Read on to learn Jessie's stats, attacks, gadgets, star powers, skins, best maps, and how to use her!

Jessie fires off an energy orb. After hitting a target, the orb bounces at the next target in range, hitting up to three enemies.

Note: This is the stat of Shock Rifle at Power Level 1.

Jessie deploys a gun turret that automatically shoots at enemies. It's made of 100% recycled materials!

Note: This is the stat of Scrappy! at Power Level 1.

How to Use Jessie

Make use of Jessie's long attack range to hit enemies. Try not to get close to them as much as possible, especially if they still have high health, as Jessie might get killed instead.

Hide Turret inside a bush 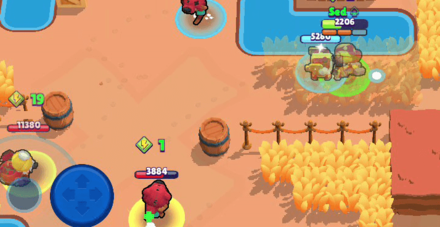 The safest and the most tactical way of using your Turret is to put it inside a bush. It can help you spot and defend against enemies that are trying to ambush you. Also, make sure that you won't throw it right in front of your enemies, for it will get destroyed fast without contributing anything in a match. 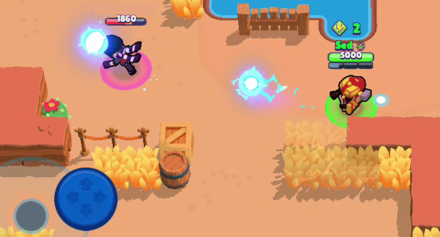 Jessie has the advantage over Brawlers that can deploy or summon items in battle. Her Normal Attack will bounce off to nearby enemies and have a higher chance of hitting them by targeting their deployable items. 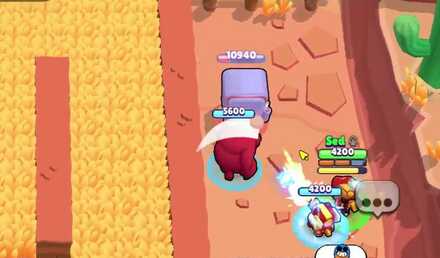 No matter what Gadget or Star Power combo you pick and use, they all compliment each other. Just choose whatever you have or the combo you like when using Jessie!

In order for us to make the best articles possible, share your corrections, opinions, and thoughts about 「Jessie Stats, Skills, and Skins | Brawl Stars」 with us!