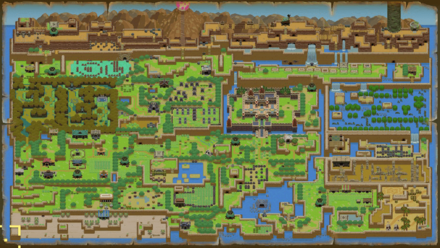 This page lists the Shop and Mini-Game Locations in The Legend of Zelda: Links Awakening (Remake) for the Nintendo Switch. Read on to see where the Shops and Mini-Games can be found. 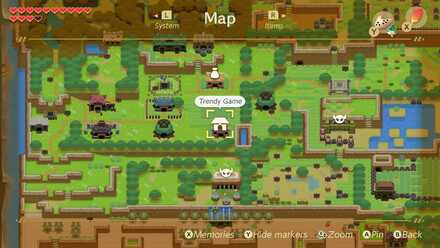 Can be played by talking to the Trendy Gamester inside the house in the southeast side of Mabe Village. 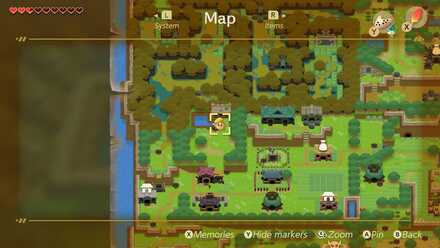 Can be played by talking to the Fisherman in the north west side of Mabe Village.
Fishing Pond Guide 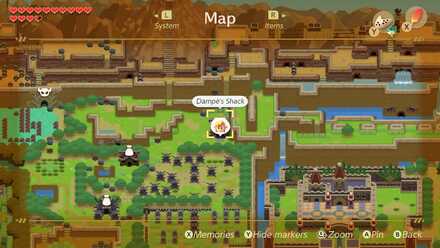 Can be played by talking to Dampe inside Dampe's Shack, which is found on the north side of Tabahl Wasteland.
Chamber Dungeon Guide 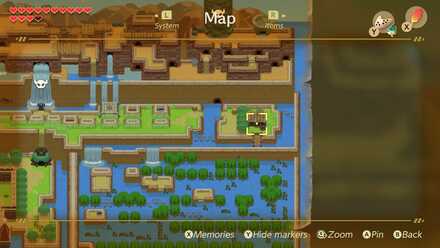 Can be played by talking to the Raft Shop Owner found on the small island inside the house in the east side of Tal Tal Heights.
Rapids Ride Guide 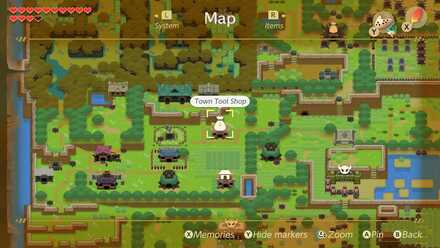 Can be found in the northeast side of Mabe Village, near the Dream Shrine.
Town Tool Shop Guide 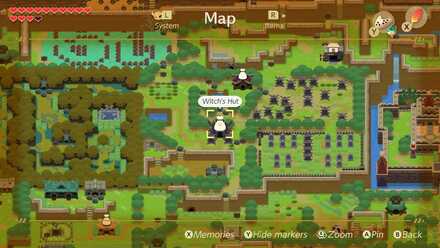 Found east of the Mysterious Forest and north of Ukuku Prairie. You can instantly max out your Magic Powder in the Witch's Hut for 50 Rupees or for a Toadstool. 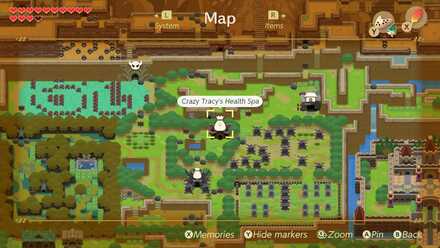 Found north of the Cemetary and the Witch's Hut. You can pay to have Tracy apply her Secret Medicine. When the medicine is applied, you will be revived instantly without a Game Over when you run out of hearts. If you have defeated an even number of enemies it will cost 28 rupees, and 42 rupees if you have defeated an odd number. Additionally, every eighth purchase will be discounted to just 7 rupees.

Register as a member and get all the information you want. (It's free!)
Login
Opinions about an article or post go here.
Opinions about an article or post
We at Game8 thank you for your support.
In order for us to make the best articles possible, share your corrections, opinions, and thoughts about "Shops and Mini-Game Locations" with us!
When reporting a problem, please be as specific as possible in providing details such as what conditions the problem occurred under and what kind of effects it had.