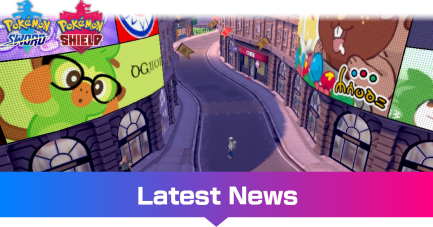 This section is consistently updated with the latest news about Pokemon Sword and Shield. Check back for details about the The Isle of Armor and The Crown Tundra DLC, and all other news.

Get a chance to battle and catch Eevee and all its evolutions in this Max Raid Event. You may even encounter a Gigantamax or Shiny Eevee! This event runs from November 19, 2021 until November 28, 2021.

The Gym Challenge Online Competition has started! For this competition, you can only battle with Pokemon used by Galar Gym Leaders! 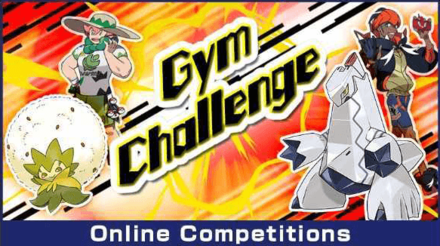 You need to participate in at least 3 battles to be eligible in claiming 50 Battle Points once the event is over. To redeem this prize, you need to choose Get Battle Stadium Rewards when redeeming a Mystery Gift.

Ranked Battle Series 11 has officially begun! This series once again allows the use of Dynamax and Gigantamax Pokemon, as well as one playable Legendary Pokemon per team!

As part of the Global Exhibition 2021, players can redeem a special Charizard based on the event's winner Leonardo Bonanomi by using the code: GL0BALCHAMP2021.

This gift is only redeemable until November 3rd, 2021.

Players can now register for the Gym Challenge Online Competition until November 11, 2021.

Sign ups for the Gym Challenge Online competition have begun! From November 12 to November 14, players can participate in a Singles Battle Competition that only allows Pokemon used by Gym Leaders!

Starting November 1, players visiting Pokemon Centers in Japan who can prove it's their birthday month will receive a serial code for a special Birthday Happiny!

As with all Birthday Pokemon, this Happiny knows the move Celebrate.

To celebrate the upcoming release of Pokemon Brilliant Diamond and Shining Pearl, players will have the chance to get a Shiny Zacian or Zamazenta via Serial Code.

These special Zacian and Zamazenta come equipped with the Rusted Sword and Rusted Shield respectively, allowing them to change to their Crown Forms!

The rules for Ranked Battle Series 11 have been announced! From November 1, 2021 to January 31, 2022, Legendary Pokemon are once again allowed in competitive play as well as Dynamax and Gigantamax.

Players visiting Best Buy from October 10 to October 24, 2021 will receive special Dynamax Crystals that allow them to catch Gigantamax Piakchu and Gigantamax Eevee!

Alola! The three starters from Pokemon Sun and Moon makes an appearance at Max Raid Battles! Grab the chance to capture Rowlet, Litten, and Popplio from October 1st to October 3rd!

You can even encounter one with their own respective Hidden Ability, and you are able to use different Poke Balls to capture them!

Check out our list of past news for information on the events, distributions, and wild areas news you may have missed!