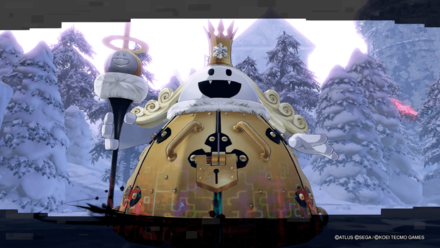 This is a guide on how to defeat the Monarch of Snow Powerful Shadow in Sapporo Jail. Read on to find out its weaknesses, strengths, and the best characters to put in your party to defeat it! 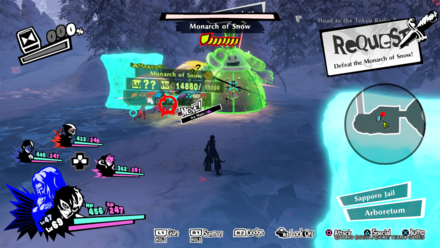 The Shadow you'll have to defeat for the Make Way for the Frozen King Request.

You can swap out Makoto or Sophia for other characters, but its best to at least have the replacement character occupy a healer position within the party. 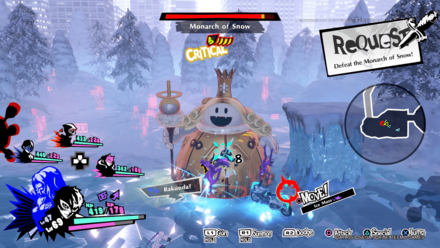 A tricky fight from start to finish due to the inclusion of Jack Frost Shadows that will add to the already hectic battle. If you can, try to get All-Out Attacks while the Monarch of Snow is nearby, and use the ice cubes nearby to add extra damage whenever possible. Try and focus Makoto on the Jack Frost enemies while you leave the rest on the Monarch herself.

Swap between Joker and Ann for Fire attacks – the higher level the skill, the better. Keep Sophia's SP high for any emergency heals you may need.

Register as a member and get all the information you want. (It's free!)
Login
Opinions about an article or post go here.
Opinions about an article or post
We at Game8 thank you for your support.
In order for us to make the best articles possible, share your corrections, opinions, and thoughts about "Monarch of Snow Request Boss | Powerful Shadow" with us!
When reporting a problem, please be as specific as possible in providing details such as what conditions the problem occurred under and what kind of effects it had.