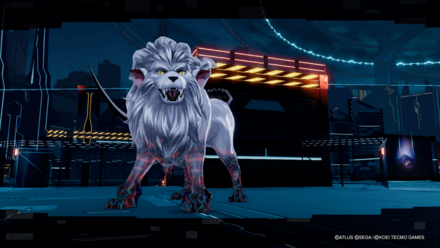 This is a guide on how to defeat the Guard Dog of Hades Powerful Shadow in Osaka Jail. Read on to find out its weaknesses, strengths, and the best characters to put in your party to defeat it! 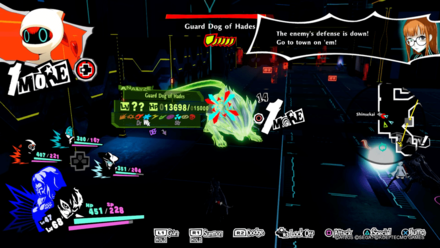 The Shadow you'll have to defeat as part of the Request The Hound of Hades Howls.

You can swap out Zenkichi for another Fighter like Ryuji or Haru. The others however are a must due to their Persona skill attacks being based around the Ice Affinity, and because they have healing skills necessary for this fight. 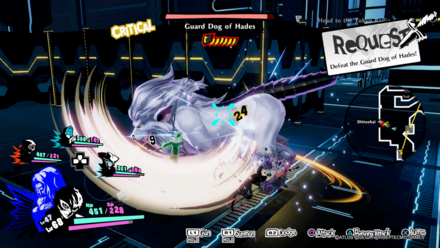 While not powerful, the Guard Dog of Hades does have attacks that can quickly halve the health of all your party members. Keep Sophia's SP in reserve for emergency heals if needed. Mainly avoid the attacks which affect the immediate area around the dog.

Make sure to also equip Joker with a high level Persona that has Ice Affinity skills. Swap between him and Yusuke as you fight the beast. It is a good idea however to take main control of Yusuke for the majority of the fight, so that you can use combos that summon its Persona for small Ice attacks.

Register as a member and get all the information you want. (It's free!)
Login
Opinions about an article or post go here.
Opinions about an article or post
We at Game8 thank you for your support.
In order for us to make the best articles possible, share your corrections, opinions, and thoughts about "Guard Dog of Hades Request Boss | Powerful Shadow" with us!
When reporting a problem, please be as specific as possible in providing details such as what conditions the problem occurred under and what kind of effects it had.